Canadian officials say there are "no national security connections" to the attack. 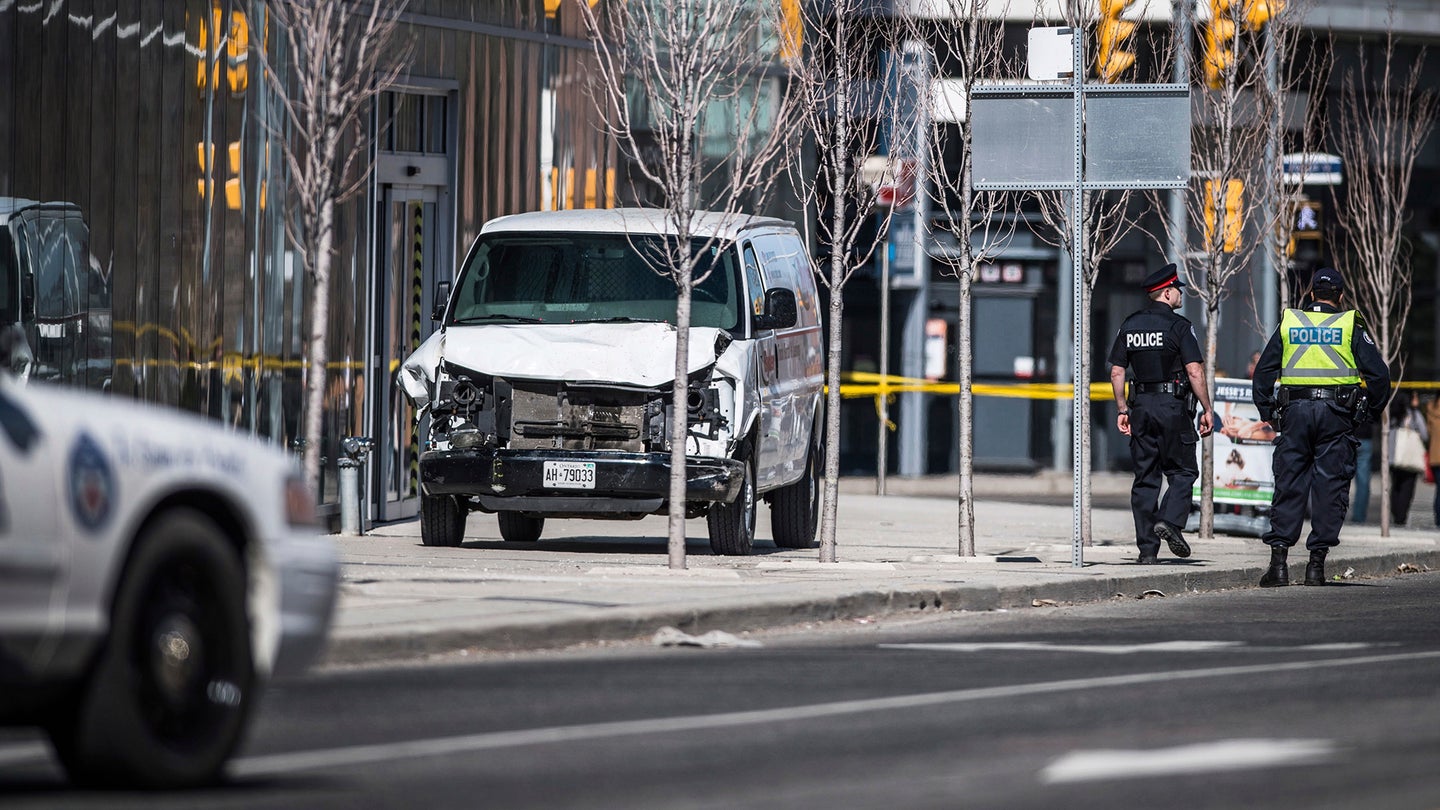 The suspect in a devastating van attack in Toronto that left 10 people dead and another 15 injured has been charged with 10 counts of first-degree murder as investigators in Canada continue to piece together his motivations, the CBC reports.

Just before 1:30 pm on Monday, police say 25-year-old Alek Minassian drove a rental Ryder cargo van onto the sidewalk at the intersection of Yonge Street and Finch Avenue in the North York neighborhood of Toronto. He then continued south for at least a half a mile, mowing down pedestrians "one by one" and leaving a trail of carnage in his wake, a horrified witness told the New York Times.

On Tuesday, the first victim of the attack was formally identified: Anne Marie D'Amico, an employee at an investment firm whose headquarters are located along that fateful stretch of road. A colleague told the CBC that she was "always smiling" and "a very warm, friendly presence," while a friend wrote on Facebook that D'Amico was "a rock, a champion, a soldier, a nurturer, a friend... what we all needed, when we needed it."

Minassian then allegedly pulled the van to a stop and engaged in a tense standoff with a Toronto police officer that was captured on video by another witness. In the clip, the suspect is standing in front of the damaged van and pointing an object at the officer, yelling for police to kill him.

When it becomes clear that's not going to happen—Toronto Police Chief Mark Saunders told reporters that his officers are taught to use "as little force as possible," and that the object in his hands wasn't a gun—he appears to surrender and is taken into custody.

As officials continue the grim, heartbreaking work of identifying all the victims and rebuilding a city's shattered peace, attention has swung to the motivations behind the deadly rampage. A resident of nearby Richmond Hill and a student at a local college, Minassian was reportedly "unknown" to Canadian law enforcement prior to Monday's attack. Fellow students told the BBC that he kept to himself and occasionally acted out in strange ways, but that he ultimately seemed harmless.

According to Canadian Public Safety Minister Ralph Goodale, there are "no national security connections" to this incident, and authorities don't believe Minassian was connected to any domestic or foreign terror groups. On Tuesday, a report emerged that Minassian had written a Facebook post just before the attack in support of American spree killer Elliot Rodger, who killed six people in Isla Vista, California in 2014 over his alleged rejection by women and society.