Reports suggest he picked up Uber passengers before, during and after the spree. 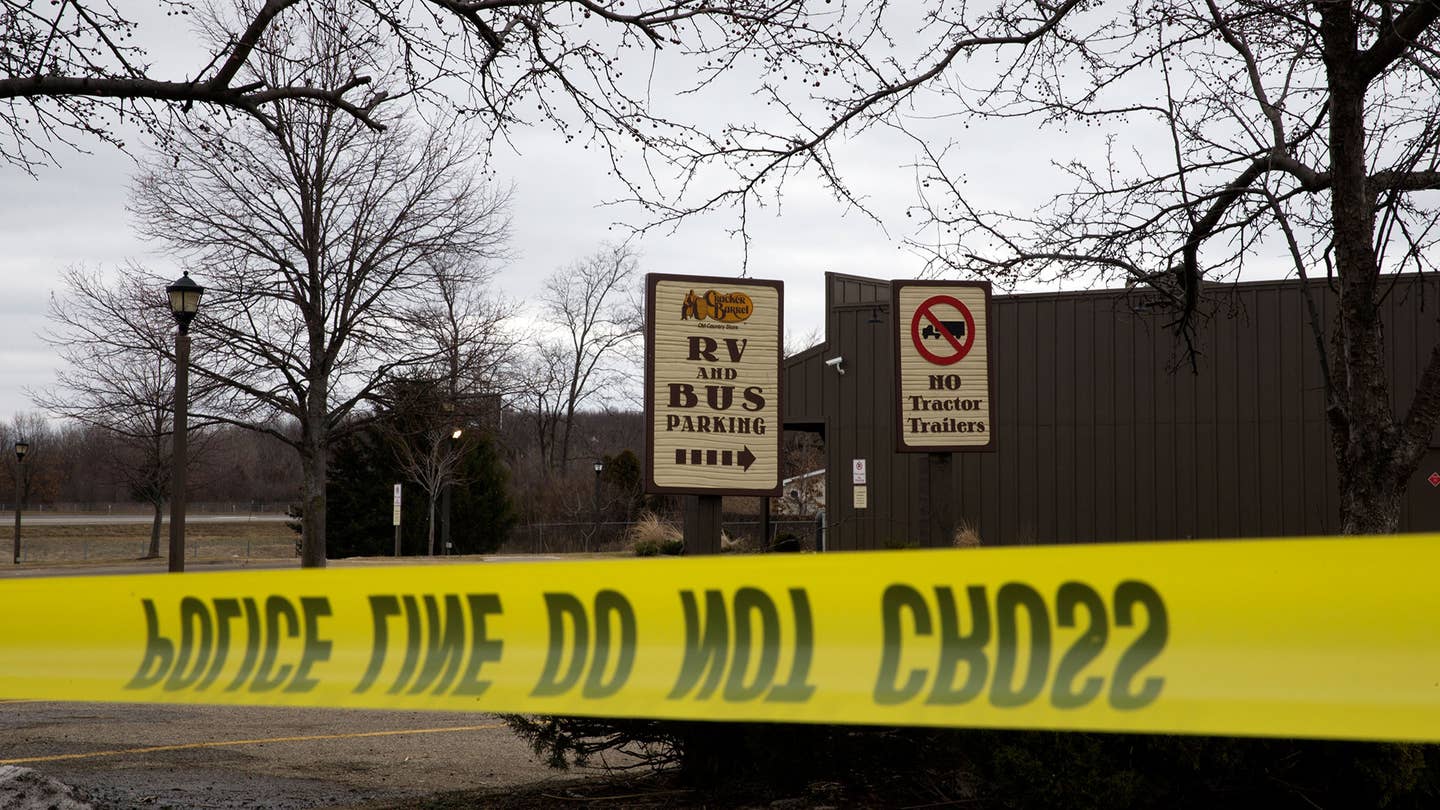 According to authorities, an Uber driver in Kalamazoo, Michigan, went on a killing spree Saturday evening, murdering six people and wounding two more—and continued to ferry passengers around town between killings.

Jason Dalton, 45, was arrested at 12:45 a.m. Sunday morning, approximately six hours after the first killing, after being pulled over by a Kalamazoo deputy on the lookout for the suspected vehicle. According to The New York Times, while Dalton had only been an Uber driver for a short time, an Uber spokesperson says he passed a company background check.

The shootings took place in three separate incidents. At 6 p.m., a woman was shot several times and wounded outside an apartment townhouse just to the northeast of Kalamazoo. Around 10 p.m., Richard Smith, 53, and his teenage son Tyler were killed at a Ford and Kia dealership in the western part of the city. Approximately 15 minutes later, Dorothy Brown, Barbara Hawthorne, Mary Lou Nye and Mary Jo Nye, all elderly women, were killed as they sat in their cars outside a Cracker Barrel southwest of the city. A 14-year-old girl was also wounded.

Dalton appears to have picked up Uber passengers before, during and after the spree. An Indianapolis man named Derek, for example, told Kalamazoo-area NBC affiliate WOOD-TV that he’d called for an Uber after hearing reports of a killer on the loose—only to wind up being picked up by Dalton himself.

Police are also investigating reports that Dalton dropped off riders at a Fairfield Inn Marriott just before opening fire on the victims outside the Cracker Barrel. Matt Mellen told WWMT-TV that Dalton had given him a ride late Saturday afternoon, and had driven so dangerously—dodging traffic and ignoring stop signs—that Mellen’s fiancee called 911 and posting a warning on Facebook.

Dalton, a former insurance company employee, had no known criminal background or history of mental illness, according to police, and is not believed to be under the influence of drugs or alcohol during the crime. Reports suggest he was either driving a Chevrolet Equinox or HHR at the time of the spree.