The future of warfare looks like a cheap deck table on treads. With missiles. And lasers. 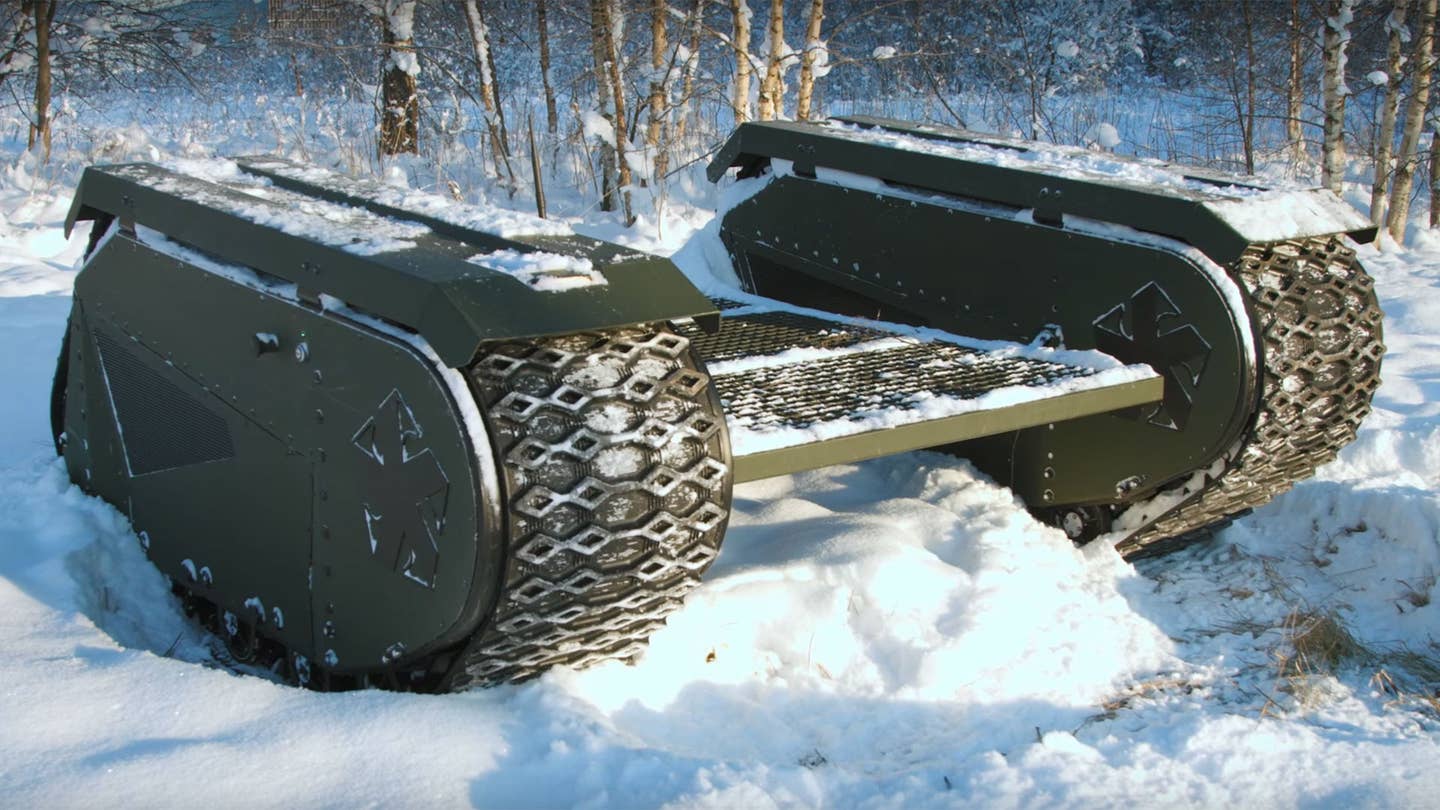 “Most of the unmanned systems created so far are designed to fulfil a single specific task, such as bomb disposal,” says company CEO Kuldar Väärsi. “Milrem's UGV concept is universal and will effectively supplement defense capabilities on a battalion level.”

The diverse mission capacity of the UGV Type 1 is enabled by the fact that it’s a mesh platform attached to self-powered band tracks. Housed inside each track assembly is either a lithium-ion battery pack juicing an electric motor with a tiny diesel engine for range-extended operation, or for silent operation, energy comes from a “curved graphene” ultracapacitor developed by Estonian firm Skeleton Technologies. Both powerplants permit operation cycles of up to eight hours, but the ultracapacitor option can perform in temperatures down to -65° and after prolonged periods out of use, is still good for millions of charge cycles, lasting up to 500 times longer than “standard” batteries.

The fully built platform is 8.2 feet long, 6.5 feet wide, and three feet high. It weighs 1,540 pounds and can haul that amount again, run at speeds up to 31 mph, and climb a 45-degree incline. For all that, Milrem says the UGV exerts ground pressure equal to a skier.

The sales pitch touts the UGV’s potential use as a medical evacuation platform or firefighting tool, but let’s not pretend this is Fisher-Price benign—Milrem’s tagline is “Next Generation Warfare.” This exists to protect soldiers and kill things, which is why Milrem unveiled it at the Defense Security and Equipment International show with a 12.7-millimeter heavy machine gun and electro-optical guidance system. Able to be driven remotely or on a pre-programmed route, it has already begun field testing with the Estonian Defense Forces. Assuming the UGV Type 1 fulfills its promise, Milrem says it will begin work on autonomous software and swarming capabilities. Because there are few things more comforting than a self-governing horde of heavy weapons. Now, you have 20 seconds to comply...