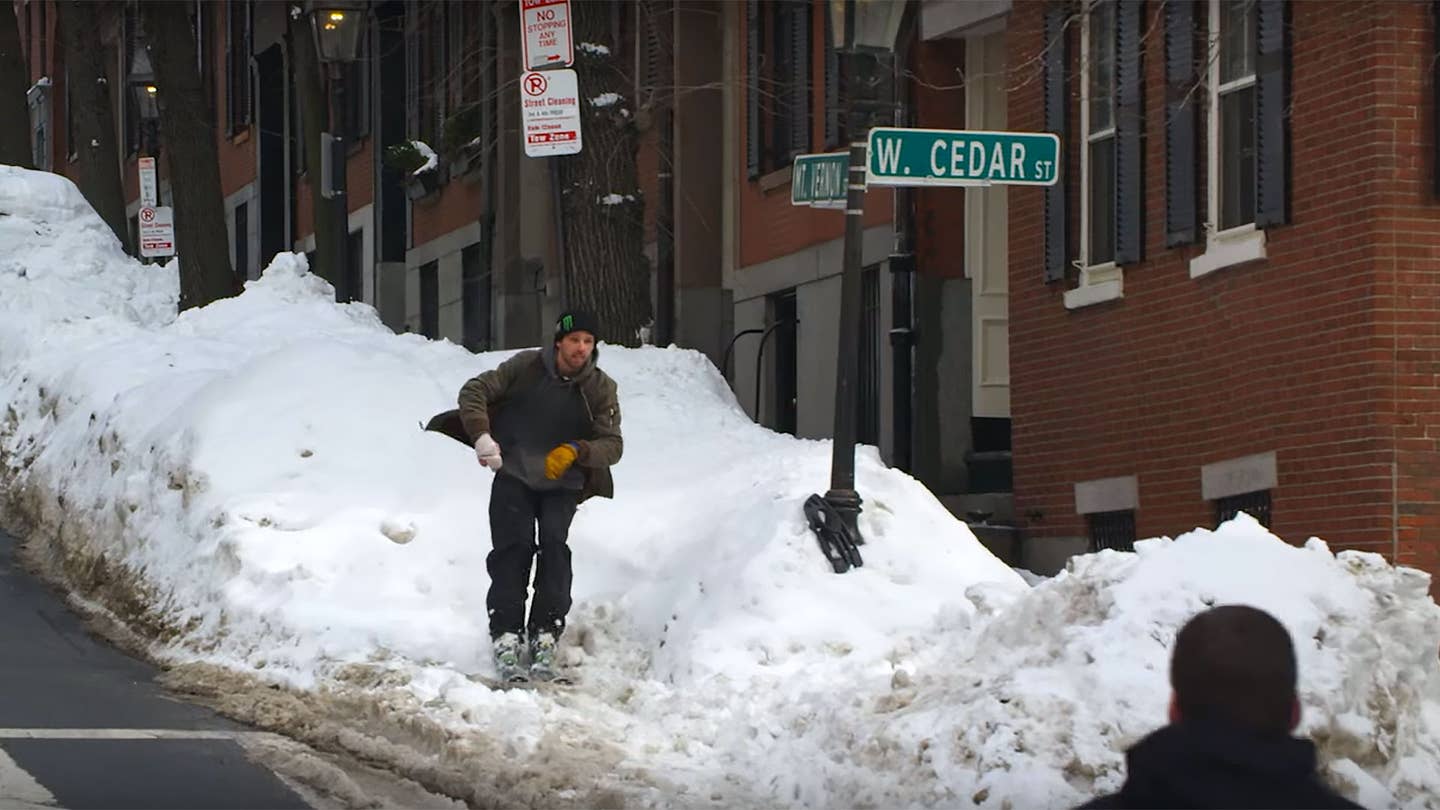 Boston has been the setting for more than its fair share of gripping movies in recent years: The Departed, Spotlight, The Town, Mystic River, Blown Away. (Okay, maybe not that last one.) Time to add another one to the epic list: Skiers Turn Boston Streets Into Playground.

Okay, so It’s not the catchiest title. And at six minutes long, it’s 34 minutes too short to be eligible for a Best Picture award from the Academy of Motion Pictures Arts and Sciences. But it’s got all the important pieces: Long establishing shots of the Beantown skyline, a hard-charging soundtrack featuring the Dropkick Murphys, and a group of hardscrabble Bostonians living by their own code, damn the rules. In this case, that means skiers Cam Riley and Clayton Vila tearing up the snow-covered streets of Boston in the wake of last year’s epic snowstorm streak that dropped a record-breaking 108.6 inches on the city.

Under the watchful eye of Outside Television cameras, the athletes flip, grind, bob and weave across a wonderland of terrain that’d be inaccessible under most conditions: over parked cars, off parking garages and overpasses into parking lots, and down sidewalks. The flick may be short, but it’s beautifully shot, masterfully produced.

Cheers, you crazy Bostonians. Bless you.