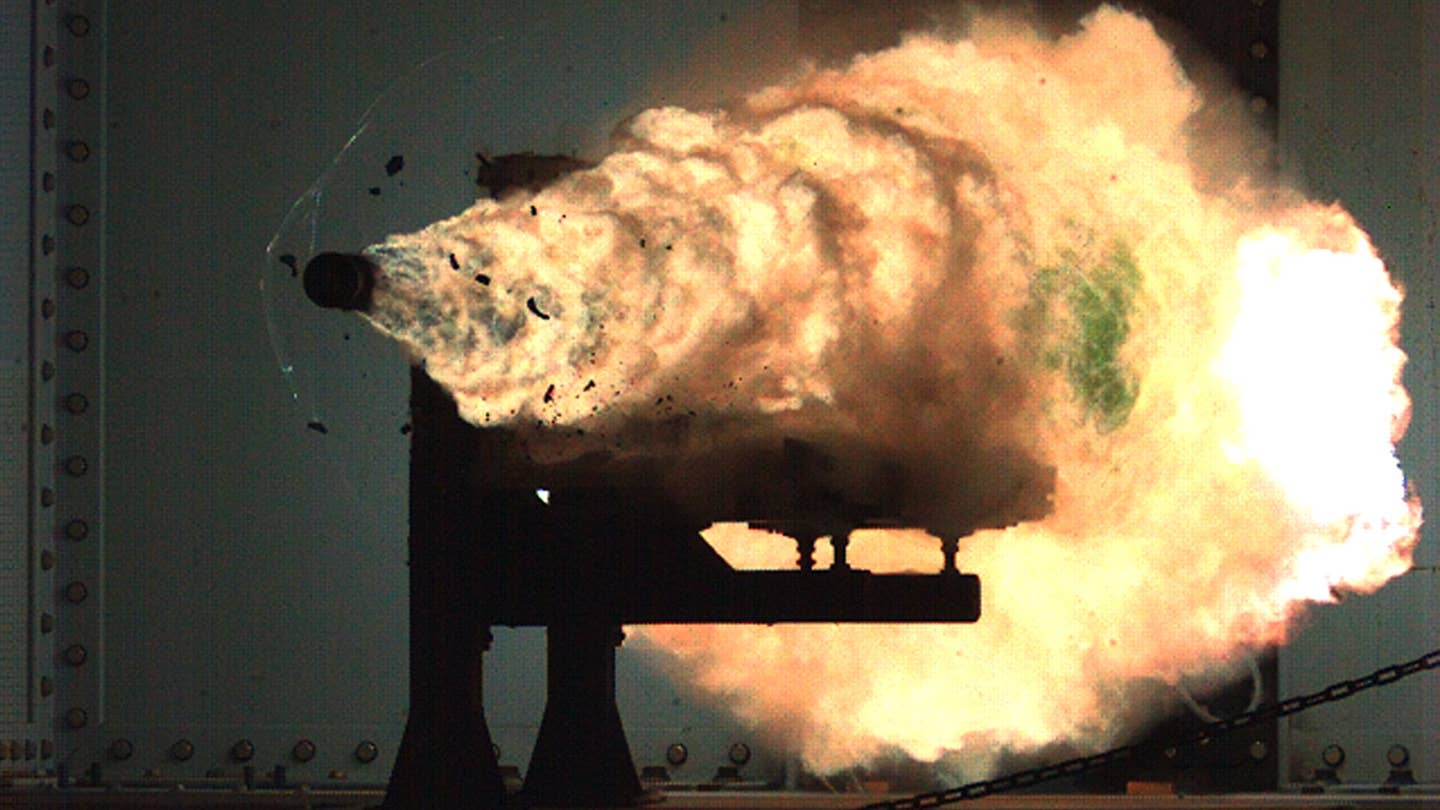 The US Navy’s Zumwalt-Class destroyer is one of the most ferocious ships to ever sail the high seas. Two football fields long, powered by twin electric generators cranking out 10 times as much power as the world’s strongest wind turbine and equipped with a radar-evading tumblehome hull, it represents the future of American naval warfare. But you know what would make it even better? A future cannon that trades gunpowder for electricity and launches rounds at over 5,000 mph.

That seems to be the thinking of Admiral Pete Fanta, director of surface warfare (and fruit-flavored soft drinks?) for the US Navy. According to The Associated Press, Fanta has forwarded the idea of skipping the sea-launched prototype phase for the Navy’s rail gun project and installing a production version on the third and final Zumwalt-Class destroyer, the USS Lyndon B. Johnson, due to hit the waves in 2018.

"The Zumwalt-class is one of a number of options being explored for the electromagnetic rail gun," said Navy spokesperson LCDR Hayley Sims.

In the most basic of terms, a rail gun works like this: A magnetic projectile is placed between a pair of metallic rails mounted on the sides of a gun barrel; when a charge is run through the rails, it creates a powerful magnetic field, accelerating the bullet down the barrel. This provides two advantages compared with conventional shells. First, no chemical propellent is needed, saving space on board the ship and reducing the risk of explosion. Secondly—and more excitingly for the 10-year-old in every naval officer—the rail gun fires its shells at far greater speeds than a conventional cannon. Firing out of the barrel at six or seven times the speed of sound, rail gun rounds can travel more than 100 miles—and move so fast they don’t even need explosive warheads to devastate hardened targets.

As of now, a rail gun prototype is still planned to hit the waves aboard the USNS Millinocket later this year. But if the Navy is serious about skipping the test mule phase and jumping straight to real-world use, the Lyndon B. Johnson would be just about the ideal candidate to receive the big cannon. The Zumwalt-Class destroyer was designed from the start to handle the power demands of the rail gun, which requires an enormous amount of electrical generating capacity.

Also, President Lyndon B. Johnson was well known for his fondness for his own, shall we say, big gun. Installing the Navy’s most potent cannon on a ship bearing his name seems oddly fitting.