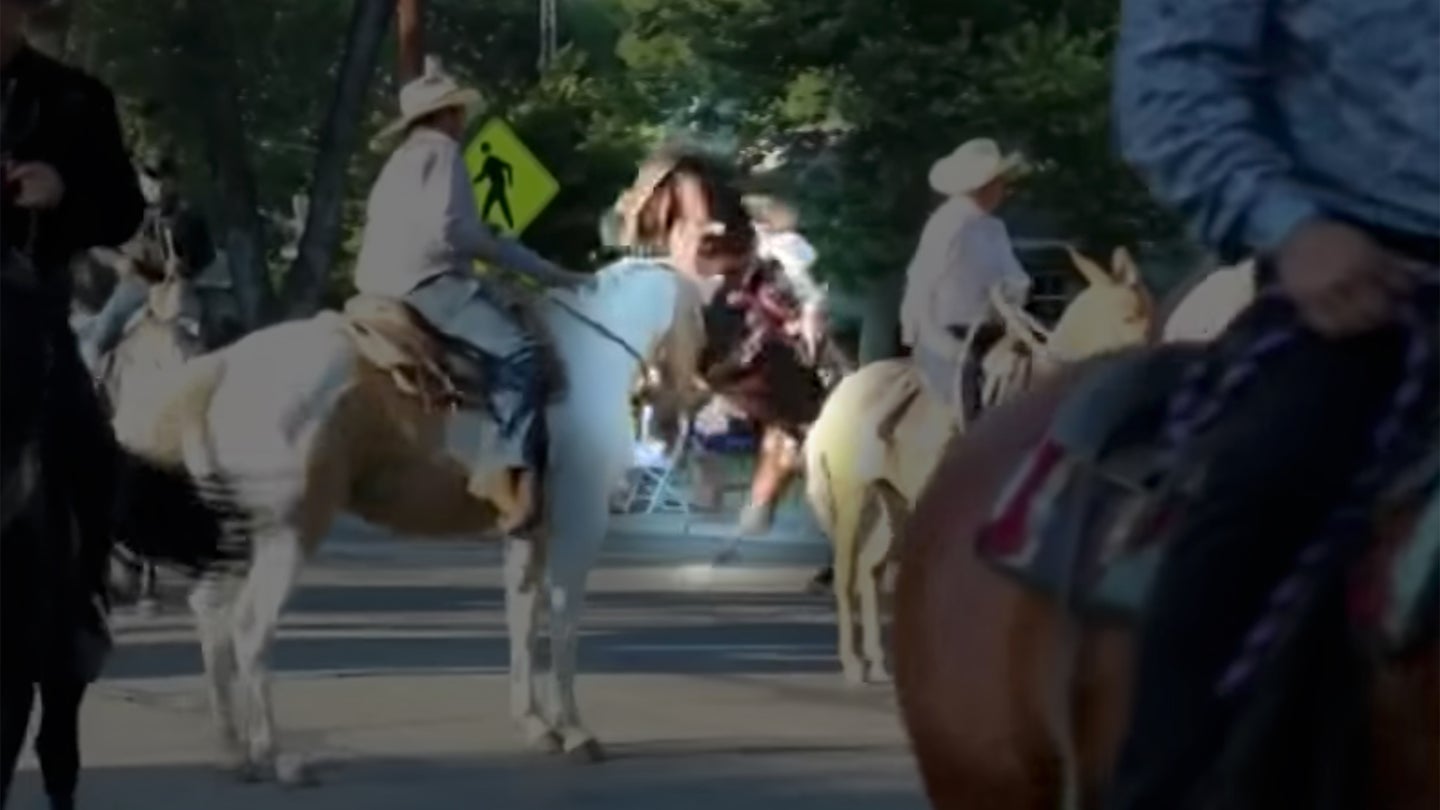 It doesn't matter what you're driving—if you're doing it drunk, police around the world will bust you for it. That applies to lawn tractors in Canada, tanks in Russia, and apparently, horses in California after an allegedly intoxicated rider was charged with DUI for falling off his mount during a parade and letting it trample an eight-year-old boy.

Fox 40 News reports that the Colusa County Fair north of Sacramento took a dangerous turn when the spooked horse bolted into a crowd of spectators and knocked over the small child, breaking his leg above the ankle. Video from the scene shows rider Armando Ruiz lose control of the horse and fall off just before the incident.

It happened during a dancing horse show that its organizer said requires a high level of skill and concentration from the riders. We're certainly not experts on equine transportation, but police say this was no innocent mistake. Colusa Police Sergeant Elden Tamez told Fox 40 News that Ruiz was drunk at the time, and he's since been charged with felony driving while intoxicated. The boy is reportedly recovering from his injuries.

"I've been here 20 years and this is my first time charging somebody for this," Tamez told the station. "We’re just thankful it wasn’t bigger than it was and I’m sure we’re probably gonna take a look at including horses into our future parades."

In California, the same DUI laws that govern the operation of motor vehicles also happen to apply to horses... and really, any other animal you might consider riding. So whether you've got one horsepower or a thousand at your command, heading out after a drink won't get you very far.