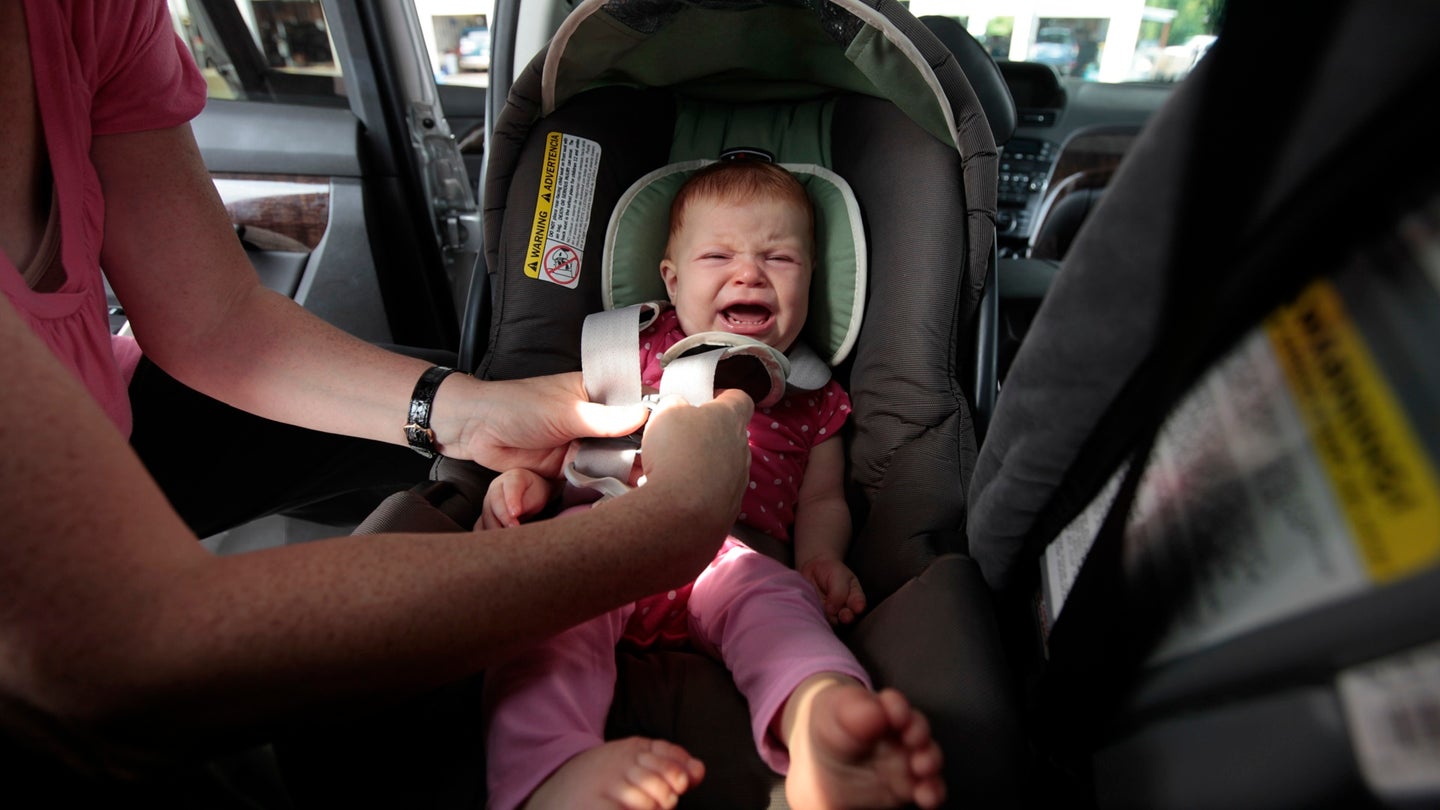 Kennels are a great way to transport dogs in your car (much better than booster seats), but a terrible way to transport children, not to mention it's illegal. One Memphis woman learned this the hard way last weekend after a witness shot video of her releasing two children from kennels in the back of her Ford Explorer and sent it to police, reports ABC News.

Memphis, Tennessee police arrested Leimome Cheeks on two counts of child endangerment after she admitted to driving for 40 minutes with her grandchildren, ages 7 and 8, kenneled in the back of her car. Cheeks claimed that there wasn't enough room inside the car for them to be seated properly. This does not explain why any cargo in the back seat, where passengers belong, could not have been moved to the cargo area.

To make matters worse, it was a hot day in Memphis, with outside temperatures hitting 95 degrees. It wasn't reported whether Cheeks was using her Explorer's air conditioning during the drive or not, but if not the inside of the car could reach temperatures as high as 126, a dangerous condition for pets or kids kenneled in the back. And although kennels are ventilated, body heat and perspiration can collect inside, boosting temperatures even higher.

Fortunately, the children emerged from the kennels unharmed. Cheeks told police that she checked in on them regularly to make sure they were okay—at least, as okay as one can be in a dog kennel.

Children should always ride in an NHTSA-approved child seat until they're old enough and big enough to use regular seat belts. The last time we checked, no dog kennels have been certified for use with children.

The NHTSA Revises Safety Standards
The Drive
MORE TO READ