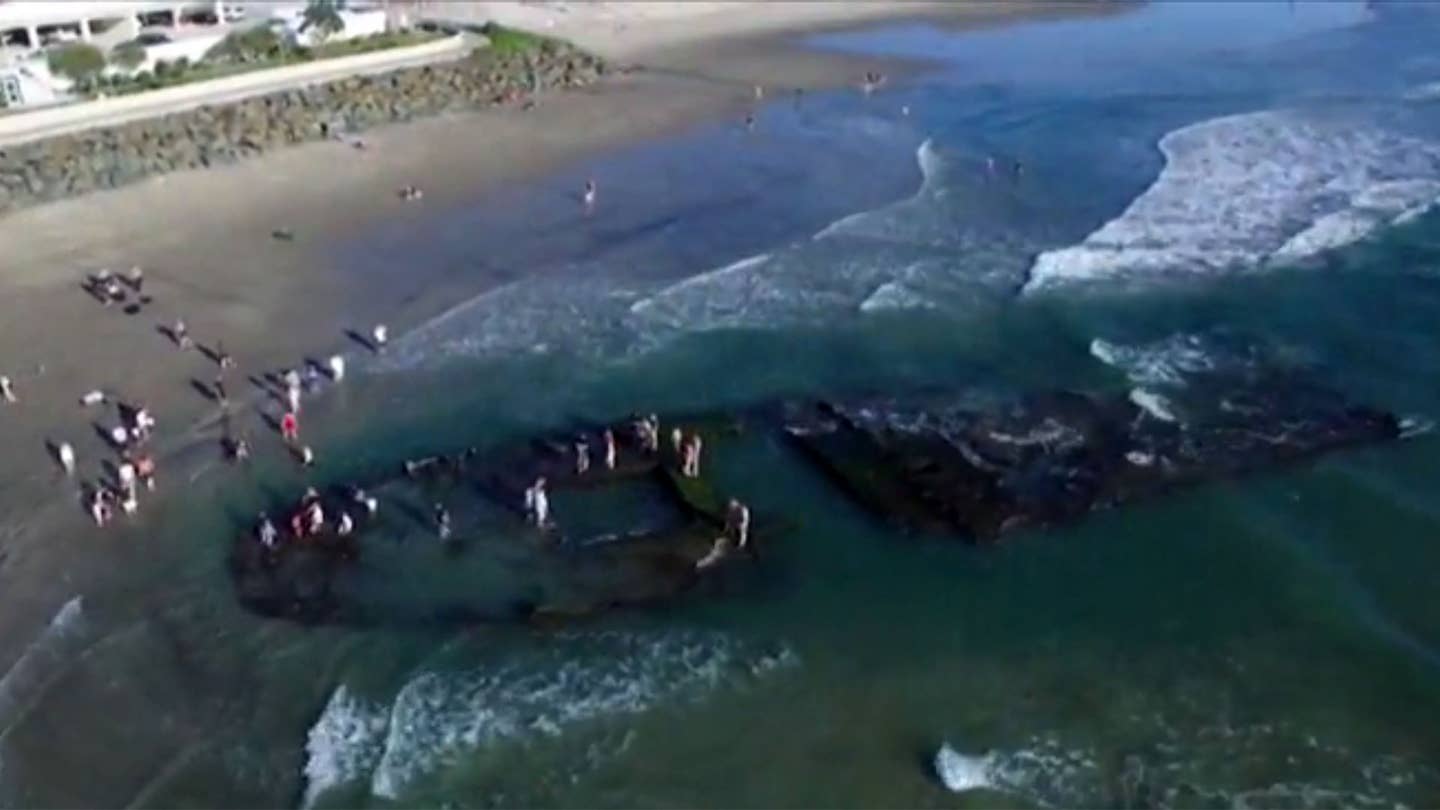 Like a zombie Lazarus, the rotten hulk of an 80-year-old gambling ship has risen from the dead in the waters off San Diego’s Coronado Beach—resurrected by none other than the meteorological Christ child itself, El Niño.

Buried for just shy of 80 years, the 300-foot-long SS Monte Carlo’s remains were uncovered by a series of powerful king tides and stormy weather whipped up by El Niño. Since then, the rusty framework has since become an impromptu tourist attraction; at low tide, the ship sits so close to the shoreline, beachgoers have been scrambling out onto the wreck to explore what’s left of the former gaming vessel. (Legend has it the shipwreck might still be home to hundreds of thousands of dollars’ worth of silver coins, which could explain some of the fascination. Not that we think you’d need an excuse to explore an old shipwreck.)

The SS Monte Carlo ran aground on January 1, 1937, when the 15-foot swells of a powerful storm tore it loose from its anchorage three miles offshore and send it drifting into and then onto, the beach. Between the city and the host of gawkers who descended upon the wreck, the Monte Carlo was quickly stripped of its gambling-related equipment; the ship itself, however, was too large to move, so San Diego left it to rust into the sea.

Originally built as an oil tanker, the ship was converted in 1932 into one of California’s mob-run “sin ships,” which proliferated in the waters off Southern California in the years following Prohibition. While the 21st Amendment made alcohol legal again, gambling and prostitution were still against the law; to skirt this and keep the dollars flowing, mobsters created ships like the SS Monte Carlo, which would anchor three miles offshore in international waters and have guests ferried out to them.