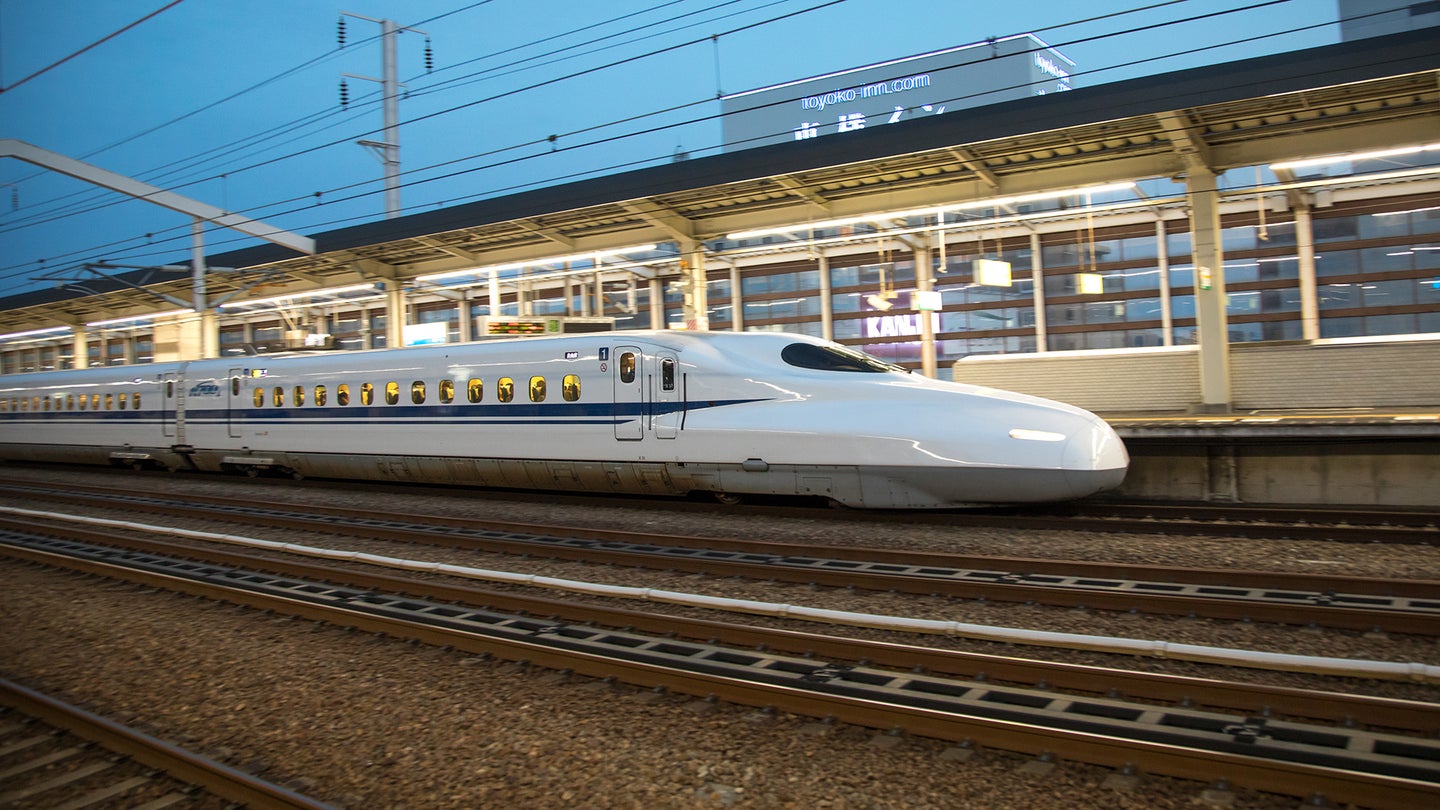 Japan's iconic high-speed bullet train network usually runs with the precision of a Swiss watch, but now one of the nation's major rail operators is scrambling to regain the shattered trust of its riders after an "inexcusable" error shook the system to its core. The crime? One of its trains leaving the station 25 seconds early.

Japan Today reports that the rogue train pulled away from the Notogawa Station in Shiga Prefecture at 7:11:35 a.m. on the morning of Friday May 11, 25 seconds ahead of its planned 7:12 a.m. departure. According to the public apology from West Japan Railways, the conductor thought the 12-car train was scheduled for 7:11 a.m. and closed the doors too early.

He immediately realized he was wrong, but with the seconds ticking down, he reportedly didn't want to open and close the doors again and risk missing the real 7:12 departure. He looked down the platform, didn't see anyone waiting, and decided to leave 25 seconds ahead of schedule. Unfortunately, there were a few people who were running up to board in the last half-minute, and one of them complained to a station attendant, which is how the story spread.

"The great inconvenience we placed upon our customers was truly inexcusable," West Japan Railways said in a statement, according to Japan Today. "We will be thoroughly evaluating our conduct and striving to keep such an incident from occurring again."

While we've come to take Amtrak schedules as false promises in this country, this sort of slip-up is enough to warrant a public apology in Japan. The Shinkansen bullet trains are known for their extreme precision, so much so that people are known to set their watches by the schedules in order to make their long commutes as efficient as possible. It's also not the first time a rail operator has issued such a statement.

As Japan Times points out, the next train leaving Notogawa Station and headed to the same destination as the one that left early would get there six minutes later in the midst of morning rush hour, which could be the difference between being on time or late for work. And unlike here in America, your boss probably won't believe you if you blame the trains.