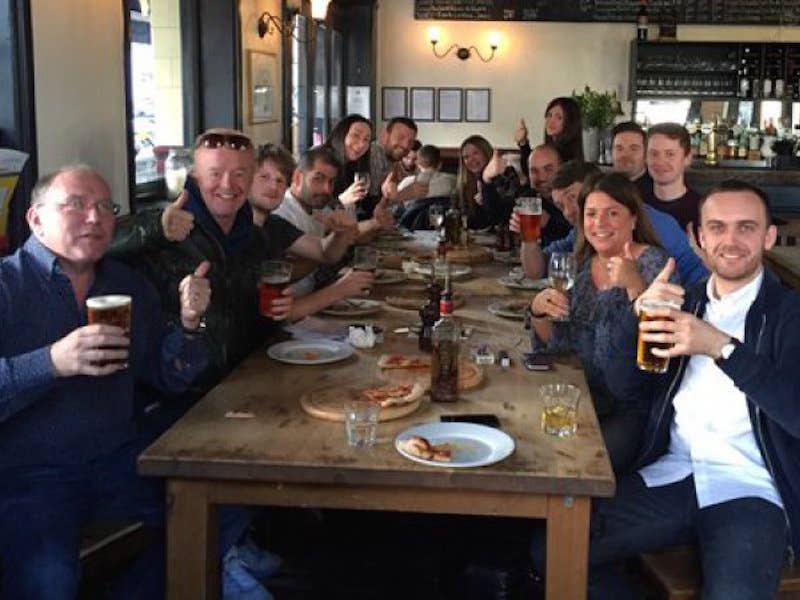 The cast for the upcoming season of Top Gear might (finally) be falling into place. We already have official word that Matt LeBlanc brings a famous face to the show, and a tweet by host Chris Evans suggests veteran auto journalist Chris Harris could be among the troupe, too. Look at the fourth person on the left in the picture above: that's him.

Harris hasn't actually announced whether or not he's on Top Gear yet, but other rumors also put him in the cast. He would certainly be a valuable asset. The Chris Harris on Cars series shows he's an engaging host and adept at big slides in high-performance machines. Harris is also a talented writer, which could only help the show.

Beyond Evans, LeBlanc, and possibly Harris, speculation also suggests Nürburgring ace Sabine Schmitz could be a host. Those reports might be accurate because Schmitz was driving an Audi R8 V10 Plus when Evans lost his lunch at Mazda Raceway Laguna Seca. She has also been a regular guest on Top Gear with the previous trio.

Top Gear returns to the telly in the UK on May 8 for a 16-episode season. It's too soon to know about a US premiere, but Autoblog will keep you posted.