Infiniti Will Launch a New Platform for Electrified Vehicles

The first model based on this platform will be built in China. 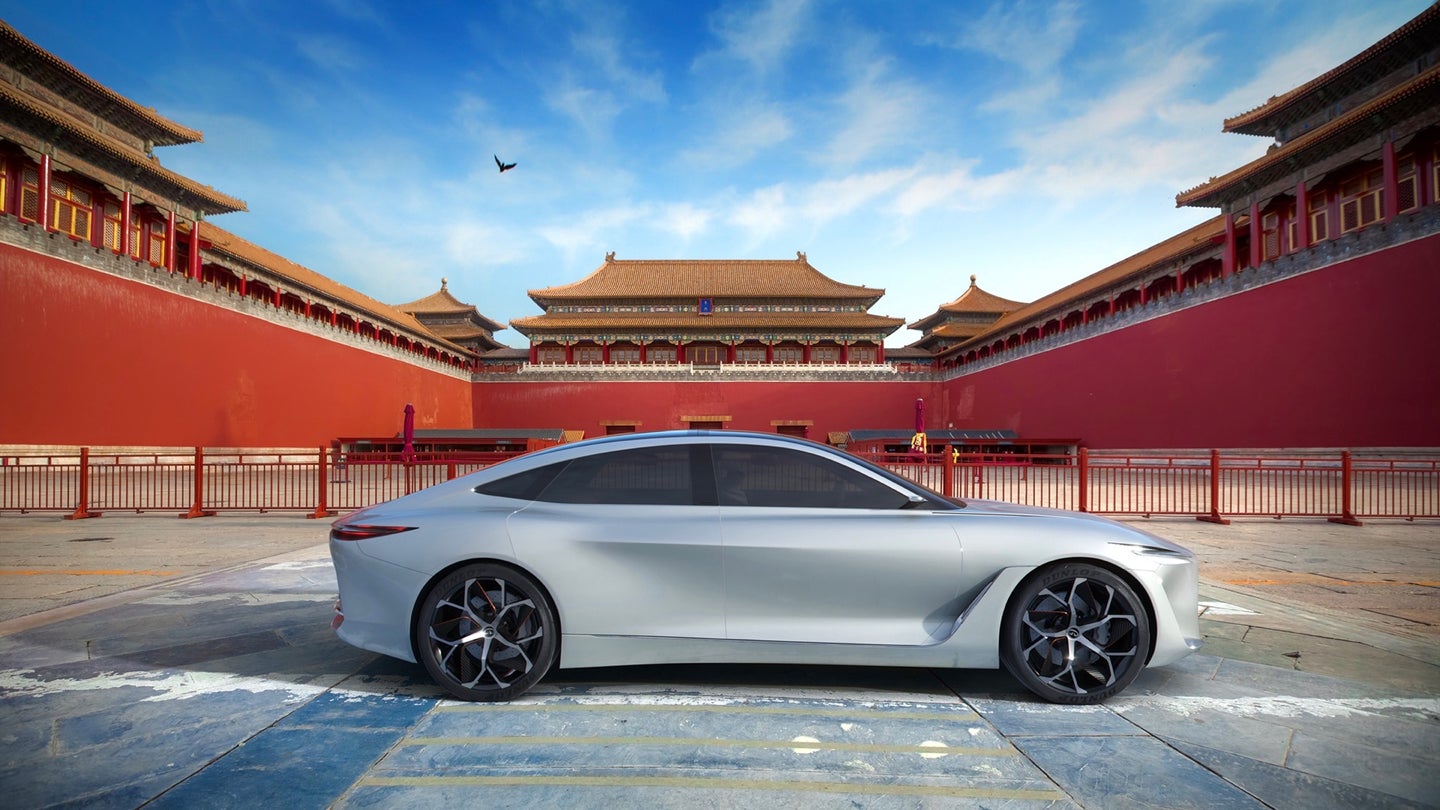 Helping to advance parent Nissan's electrification plans and its own plans to expand sales in China, Infiniti is launching a new platform for electrified vehicles. The first model based on this platform will be a sedan manufactured in China, Infiniti confirmed at a preview event ahead of the 2018 Beijing Auto Show. The luxury brand plans to build five new vehicles in China over the next five years.

Infiniti said the new platform will be "influenced" by the Q Inspiration concept, which debuted earlier this year at the 2018 Detroit Auto Show. It's unclear what "influenced" means, as the Q Inspiration did not feature a hybrid or all-electric powertrain. Instead, it used Infiniti's variable-compression-ratio VC-Turbo four-cylinder engine for power.

It's possible that the platform will allow a production model to sport the Q Inspiration concept's low-slung roofline without sacrificing interior space, while still allowing for hybrid or all-electric powertrains. In a press release, Infiniti president Roland Krueger hinted that some of the Q Inspiration's design cues could make it onto a production model, for China at least.

"We very much had China in mind when designing the Q Inspiration," Krueger said.

The first vehicle based on the new platform will be one of five models Infiniti plans to start building in China over the next five years. Infiniti hopes to roughly triple Chinese sales over the same period. In 2017, Infiniti sold 48,408 vehicles in China, a 16 percent increase over the previous year and a record for the brand in that country.

China is the world's largest new-car market, so automakers are increasingly designing their product plans around it. That's why Infiniti is linking its Chinese manufacturing push with electrification. Automakers are gearing up to sell more electric cars and hybrids in China in order to meet stricter emissions standards.

Infiniti already plans to offer a hybrid or all-electric powertrain option on every model by 2021 and is expected to get at least two all-electric models by 2022. Parent Nissan has said that electric cars and hybrids will comprise 50 percent of Infiniti global sales by 2025.