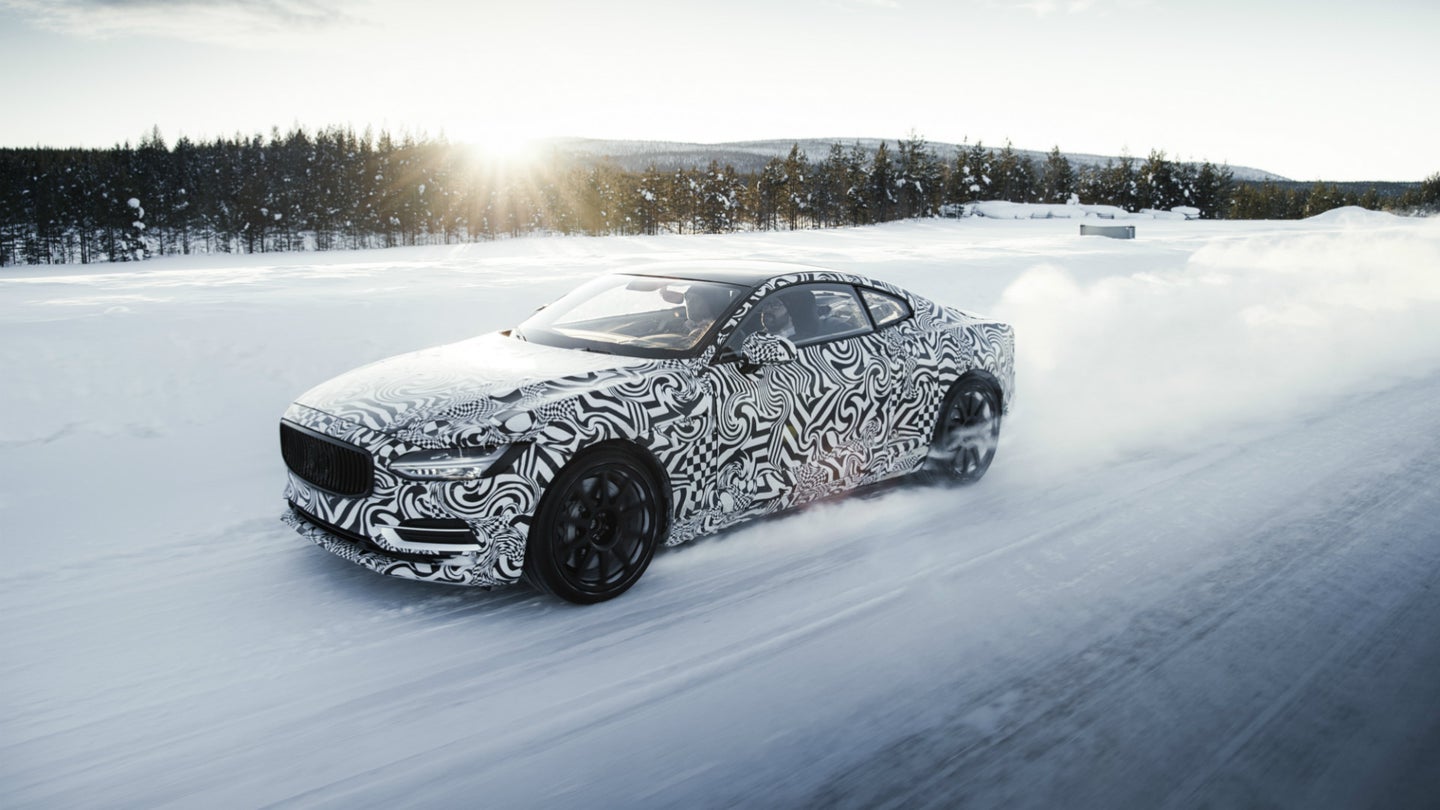 Geely's electric performance division Polestar revealed its first model last October, a 600-horsepower hybrid sports coupe dubbed the Polestar 1.  Polestar has stayed relatively quiet about the vehicle post-reveal, bar an appearance at Geneva and the announcement that the car was available for preorder earlier this year. So what's the battery-savvy performance brand been up to lately? Testing its handling capabilities in frigid conditions, spending two weeks in Northern Sweden.

As it turns out, Polestar has been using the past six months to test its sports coupe in some of the frigid conditions on the planet. Polestar's Youtube channel posted a video of the Polestar 1 out in the elements enduring temperatures as cold as minus-18 degrees Fahrenheit.

According to the accompanying press release, Polestar specifically focused on testing the vehicle's advanced torque vectoring system, a feature of the car's two electric motors driving the rear wheels. The icy surfaces provided an excellent platform for Polestar to test the car's ability to maintain grip and handle in the most extreme situations.

“Besides being very happy with the balance of the chassis, [our test drivers] are particularly excited about the torque vectoring," said Thomas Ingenlath, chief executive officer at Polestar. "We are now very confident about how this enhances the Polestar 1’s cornering responsiveness and accuracy...We have now passed a major milestone in the development of the Polestar 1, and prototype testing continues throughout 2018."

This frolic through the snow concludes the Polestar 1's final tests before it makes its first public debut at Auto China 2018 in Beijing, which runs from April 25 to May 4.