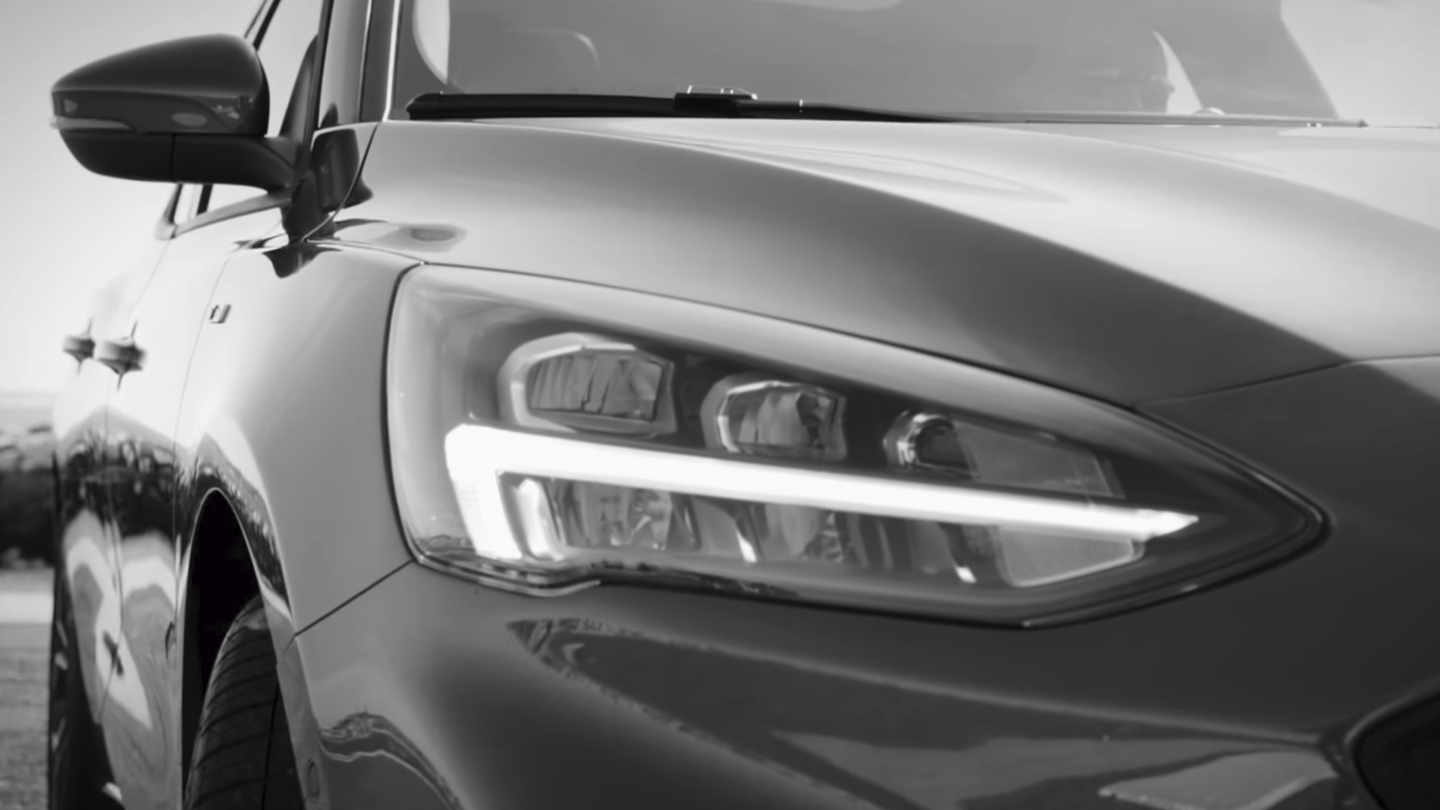 The third-generation Ford Focus was a very competitive compact when it came out, but has gotten a little long in the tooth since its introduction back in 2011. Ford is remedying that by introducing an all-new Focus. We don’t know much about it yet, but Ford just dropped this teaser on the Ford Europe YouTube page.

The 18-second-long teaser actually gives us a pretty good look at the car. It has some clear styling cues borrowed from the new Fiesta, which we aren’t getting here in the U.S. There’s some cool LED signature lighting in the headlights and the word “FOCUS” boldly emblazoned on the back. The car in the teaser is a hatchback and there’s presumably also a sedan version on the way. The video ends with “10.04.18” and since this is Ford Europe, that means April 10, not Oct. 4. We can expect to get a full unveiling on that date.

“Ford’s next-generation Ford Focus will be more spacious and packed with technology that customers want,” said Ford North America Product Communications Manager Mike Levine in an email to The Drive. “Production begins in the second half of 2019, with models coming from the company’s existing Focus plants globally. Most new North American Focus models initially will come from China, with additional variants coming from Europe later.”

With Ford’s upcoming brand overhaul rooted in trucks and SUVs, it’s good to see there’s still some love for compacts. Here’s hoping the ST and RS variants of the Focus will live on in the next generation of the car.

Ford Focus RS Production Is About to End, But What Made This Hot Hatch So Special?

With the beloved, sometimes maligned hot hatch’s production ending next month, we remember the early days.

It’s going out with a bang with this Heritage Edition.