The Cadillac CT6 V-Sport's mighty 4.2 won't be an option in the Corvette, the bigwigs say. 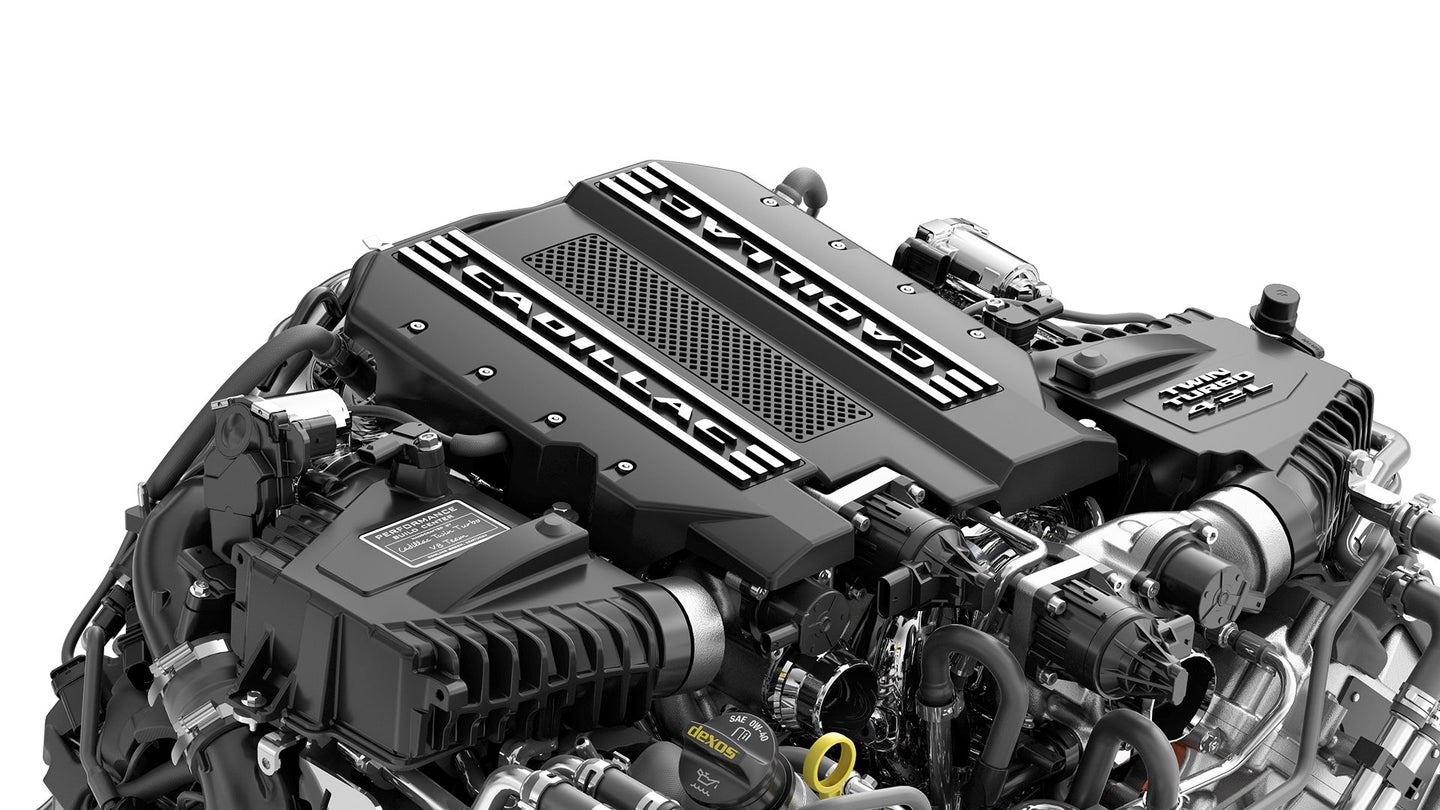 The 2019 Cadillac CT6 V-Sport drew the media's gaze last week when General Motors announced that the car would have the option of the company's first twin-turbo V8, a 4.2-liter unit producing 550 horsepower and 627 pound-feet of torque, capable of hooking up to a 10-speed automatic transmission.

The engine stores its twin-scroll turbochargers within the V of the engine for increased responsiveness and tighter packaging. Both power and efficiency are augmented by variable-valve timing and direct injection, with the latter further aided by cylinder deactivation and stop-start. It is reportedly the most technologically-advanced V8 ever built by General Motors.

The 4.2's power figures eclipse those found on the lower trim levels of the current Chevrolet Corvette, long GM's flagship car, which makes 460 horsepower and 465 pound-feet of torque, leading some to speculate that the company would equip the Corvette with the 4.2 in the future.

However, GM Authority reports that Cadillac's president, Johan de Nysschen, formally denied those rumors at this year's New York International Auto Show, stating that the Corvette's character does not align with the engineering goals embodied in the 4.2-liter Cadillac engine.

Unless GM is comfortable with admitting its plans for the next-gen Corvette's powerplant early, we may not know which heart will beat in the C8 until early in the next decade. The previous two generations of Corvette lasted seven and eight years respectively, and if the C7 stays for the longer of those two periods, we can expect the next 'Vette to be with us until around 2022.