The driver accidentally shifted into drive instead of reverse. 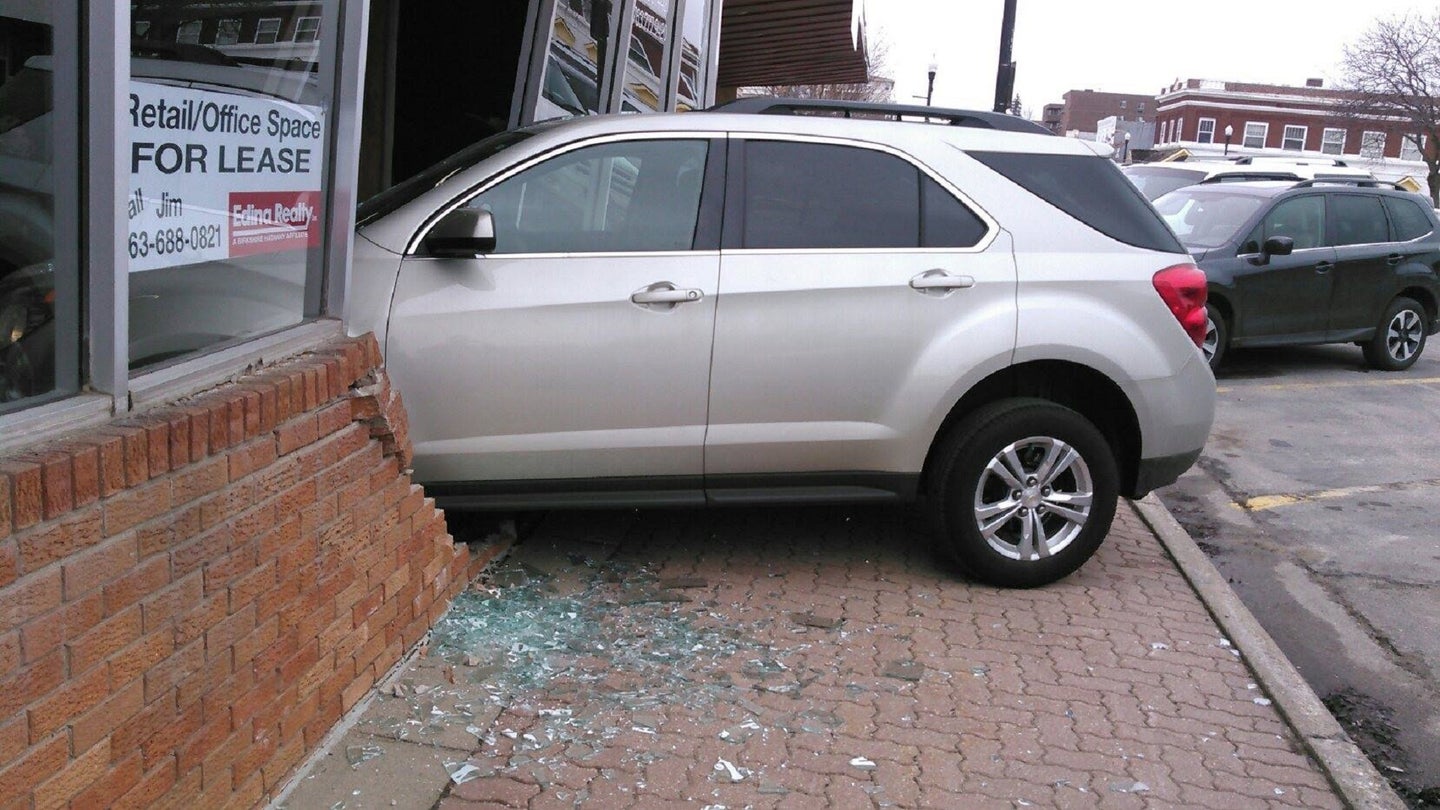 When taking a driver's license test, make sure you know the vehicle you are driving well. Otherwise, you may end up like the 17-year-old driver in Buffalo, Minnesota, who zigged when she should have zagged.

According to the Buffalo Police Department, the crash occurred Wednesday around 2:00 p.m. at the license exam station on First Avenue South, where the driver was taking her road test. She accidentally put the gear selector into drive instead of reverse. "This led to the vehicle lurching forward when she accelerated, causing the vehicle to move forward and over the curb, striking the building housing the exam station office," the Buffalo Police Department said in a press release. "The impact caused significant damage to the vehicle and building."

The examiner, a 60-year-old woman, was transported to the hospital by ambulance with non-life threatening injuries. Neither the driver nor anyone in the building was injured, thanks in part to her crashing into what appears to be a vacant portion of the office park. The Buffalo Police Department did not say whether the driver passed her license exam, but it is likely safe to assume she did not.

This seems like a pretty stupid mistake—and, well, it is. I would guess that it was more likely due to a case of nerves on the part of the driver rather than plain ineptitude behind the wheel. Test anxiety is a fairly common occurrence. That's why it's important to practice driving the vehicle you will be testing in. That way, your control inputs are practiced and automatic, eliminating simple mistakes that can occur while driving an unfamiliar vehicle, especially when that vehicle has a less than intuitive shifter.

The BUB Seven streamliner is in much worse shape than Valerie Thompson.

5 People Died in a Helicopter Crash in New York City’s East River. I Was There.

As a passenger in an accompanying helicopter, I know how hard it would have been to escape that crash.