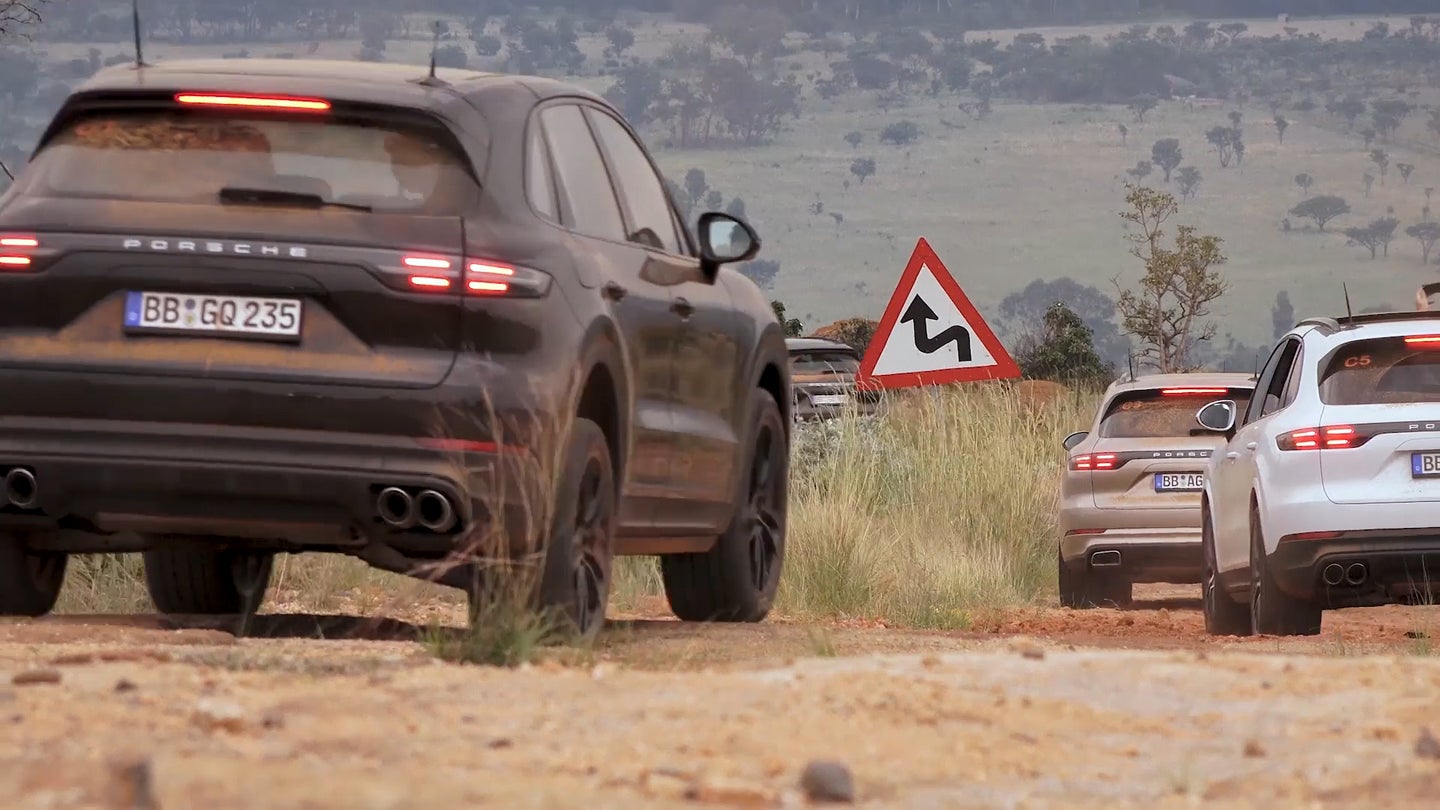 Porsche is becoming friendlier with the thought of electrified vehicles each and every day. Recently, the German luxury sports car manufacturer released a new video of its Cayenne SUVs sprinting around several environments with varying extreme temperatures and terrains. But these aren't just any Cayennes, they're Porsche's plug-in hybrids, something which marks the automaker's deeper venture into its billion dollar electrification investment.

As EVs start to become more commonplace, the entire Volkswagen lineup, including its child brands like Audi and Porsche, will begin to gradually shift a number of its products to run on battery power. Porsche decided to introduce itself to electrification by starting with the Cayenne, allowing the Germans to understand how to make a seemingly boring SUV sporty and responsive while masking the fact that it's meant to be environmentally friendly. The existing Cayenne hybrid is no stranger to power, however. It boasted a respectable 416 total horsepower; 333 horsepower from a 3.0 liter supercharged V6, and 95 horsepower from an electric motor. What was more than disappointing was the 10.8 kilowatt-hour battery pack, limited to a disappointing 14 miles of range.

Now, Porsche looks to its golden goose, the Mission E, to provide the technology necessary to electrify its lineup. With new advancements in any platform, however, comes uncertainty on how it will perform across all planes. This is where stress-testing comes into play.

The Cayennes can be seen climbing rocky terrains, ripping through the snow, and casually cruising over winding hills. The varying conditions shows that Porsche really wants to test the capabilities of its electric platform not just on the road, but in all climates. From a South African desert heat of 105 degrees Fahrenheit to a frigid Canadian winter at minus-38 degrees, the Germans want to be sure that battery tech can hold its own to petrol power.

Whether or not we see all-electric Cayennes in the near future is still a blur. Porsche hasn't commented on what its plans are for the next generation of Cayenne, but given its large investment into electrification, it's plausible to conceive that a battery-only Cayenne is on the radar. For now, you'll just have to enjoy watching these big autos gallop around like they own the place.