An AMG Inline-Six-Powered Aston Martin Vantage Might Be Happening

That would make it the first Aston with fewer than eight cylinders since the DB7 of the ’90s. 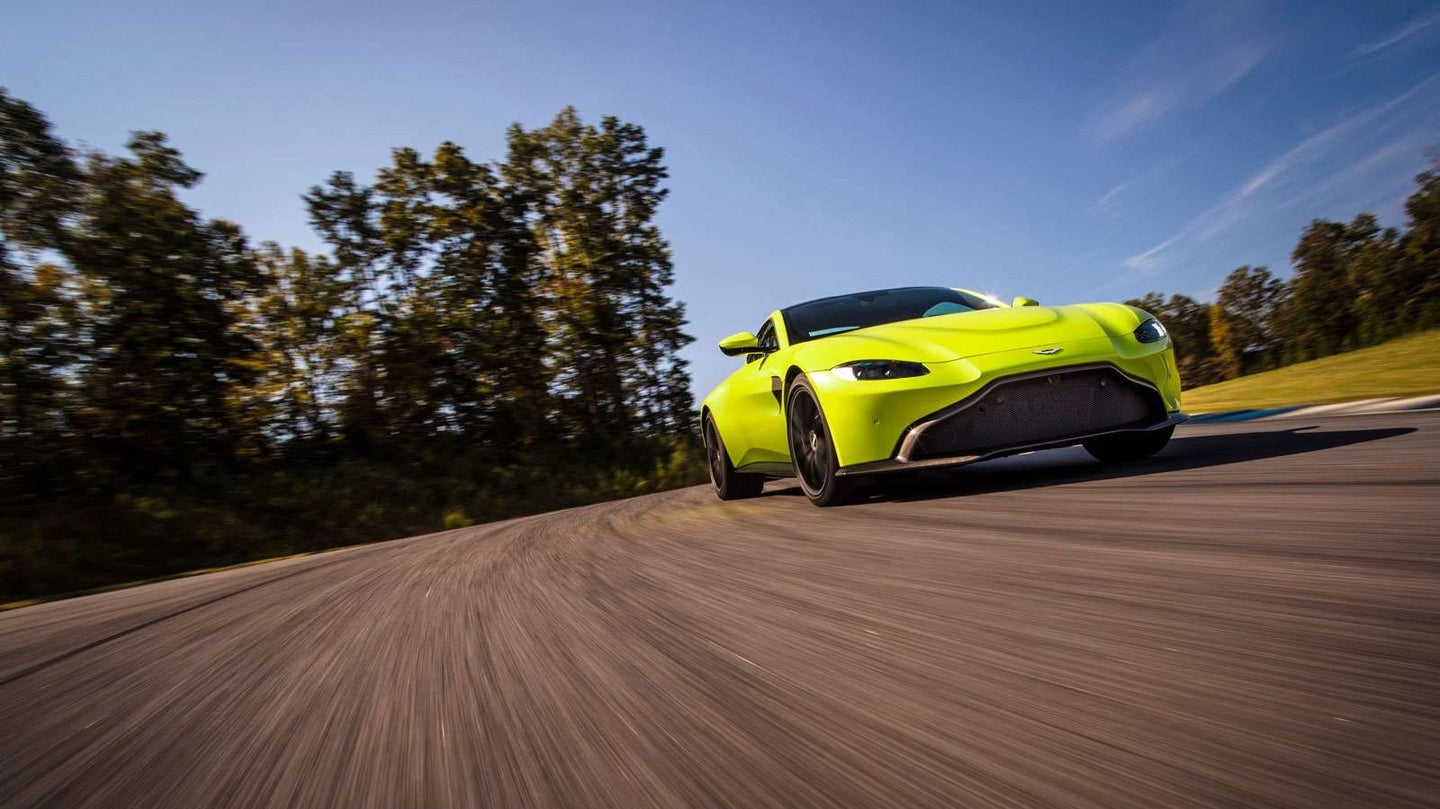 Aston Martin chief engineer Matt Becker spoke with Australian outlet Wheels Magazine and dropped some pretty hot gossip about a new engine possibility in the freshly revamped Vantage. Thanks to the British marque’s partnership with Daimler, an inline-six might be showing up in an Aston Martin for the first time since the Jaguar-sourced supercharged 3.2-liter I-6 available in the DB7 in the 1990s. This would be a historic move considering Aston Martin used to be a brand closely associated with the straight-six. In fact, every Aston road car built between 1950-1969 was powered by an inline-six engine.

Becker called the new Mercedes 3.0-liter turbocharged inline-six “a very impressive engine, for sure.” This is the engine that powers the Mercedes-AMG CLS 53 in which it makes 429 horsepower and 383 pound-feet of torque and goes from 0-62 miles per hour in 4.5 seconds.

The idea of an inline-six in the new Vantage isn’t about moving down-market, it’s about meeting emissions regulations without sacrificing performance. “With emissions regulations going where they're going and getting harder and harder, we have to consider all powertrain options, and we are considering six-cylinders for the future,” said Becker. “Previous Astons have had six cylinders—a long time ago—but I think with CLS 53, the engine that has is a very complicated and clever engine and it's something that could fit with the brand in the future.”

It would be a little more complicated than a cut-and-dry engine swap. “Any AMG engine we take we still have to massage,” said Becker. “Mercedes develop [power and torque curves] to a point that we have to adhere to. Ours is more about the calibration of throttle travel relative to acceleration, and calibration of the engine to suit our mass and gear ratios—all of that has to be tuned.”

All we can say is:

"An AMG turbo straight-six with an Aston Martin tune under the hood of a Vantage? Yes, please."