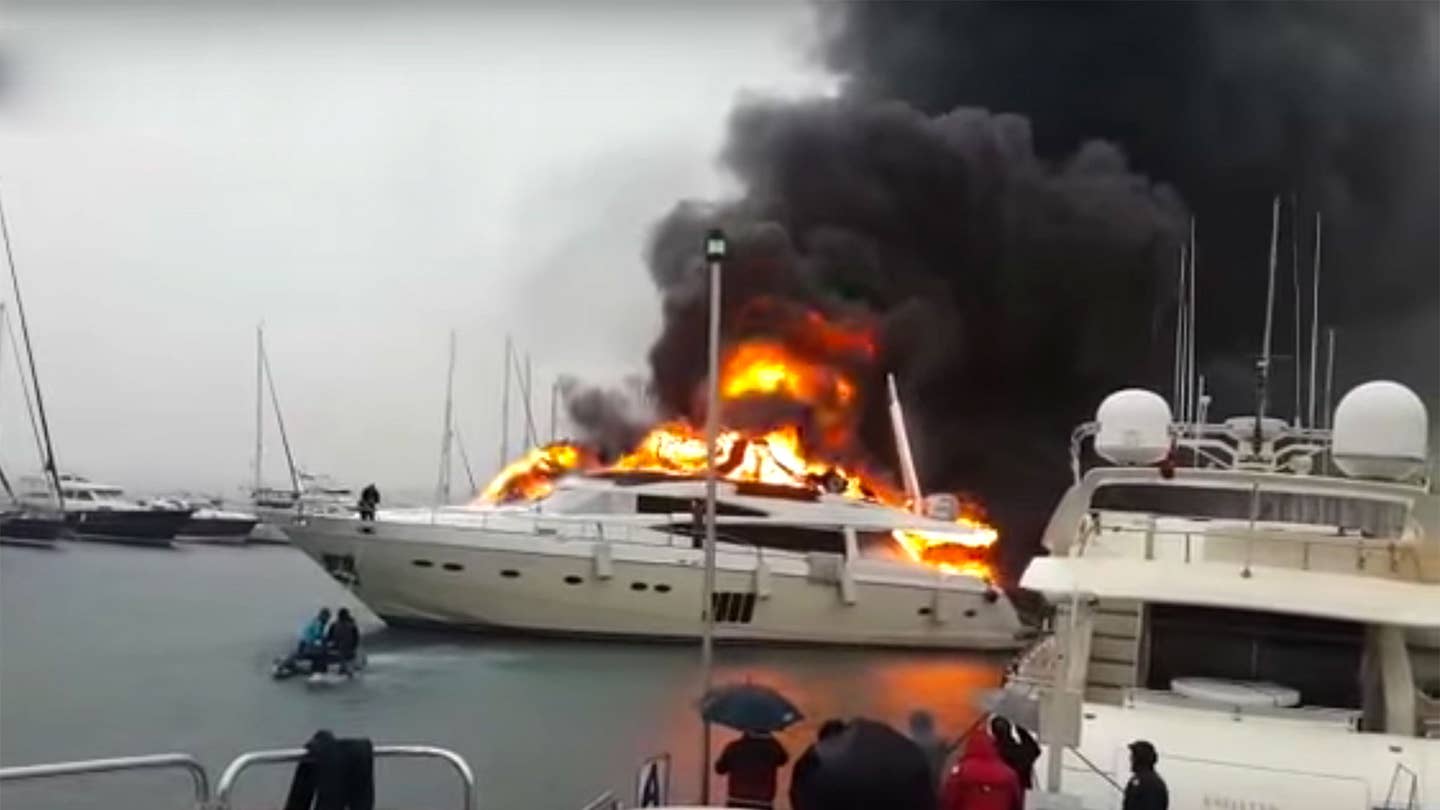 When someone’s house burns down, it is usually considered a grave tragedy, but when a floating symbol of expendable income is engulfed in flames, indifference carries the day. Below, we have footage of an unidentified Russian businessman’s $5.7 million yacht, Queen Anna, on fire as it floats in the calm waters of Fethiye Ece Saray Marina in Turkey. Amid a fleet of yachts, this display of opulence becomes a floating bonfire. After a little investigating, it sounds like there was no attempt to put any of the wet stuff on the hot stuff, which seems a bit strange to us since most marinas have some sort of pump system accessible to the general public. Since this was clearly not the case, bystanders watched as the multimillion-dollar yacht gave off massive plumes of black smoke as teak, leather and a flurry of other luxury materials polluted the air.

According to the Independent, the yacht was towed away from the marina to prevent the fire from spreading to other vessels and later was sank. Why? It was a total loss. If this floating bank account resided in New York we can assure you that FDNY’s marine units, perhaps including the proud if geriatric John J. Harvey fireboat, would have been able to quickly knock down the fire. However, the yacht’s owner wasn’t that fortunate, and his Princess 95 slowly burned down. Sources say that the boat’s captain was taken to the hospital for treatment for smoke inhalation, but was expected to recuperate quickly. Apparently, after the captain was removed from the vessel, the sense of urgency to contain the fire plummeted even further, and various news outlets were able to snap pictures as the superyacht burned in the middle of the harbor.

What have we learned from this situation? Just because you might be a multimillionaire, do not assume you won’t go down with the ship.