Watch The Grand Tour Hosts Attempt to Be More 'American' 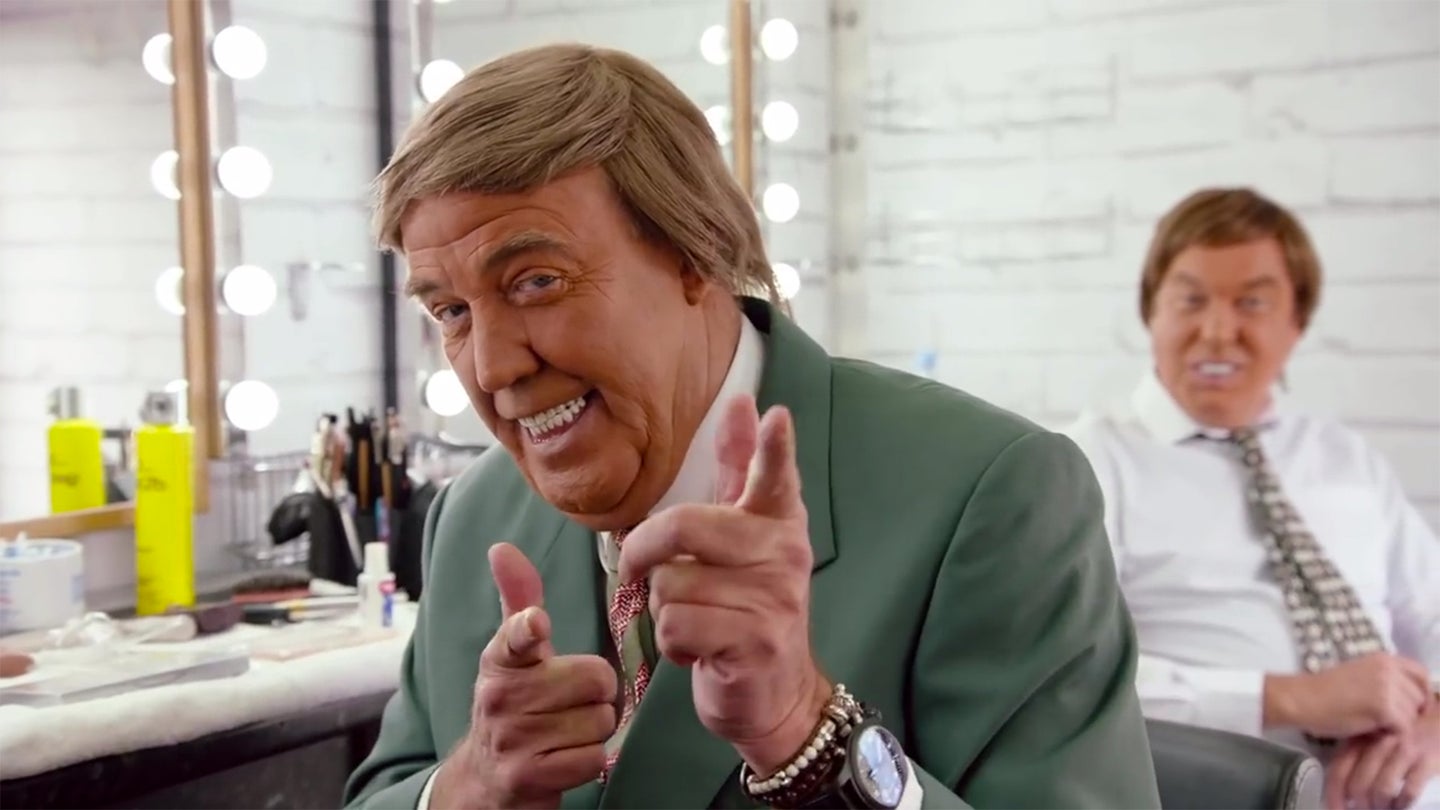 After walking the plank from the BBC into the murky waters of the Amazon, the hosts of The Grand Tour realized they're not playing to a hometown crowd anymore. So ahead of the second season's debut on December 8, let's see what happens when Jeremy Clarkson, Richard Hammond, and James May get a uniquely American makeover.

While it was fun to see the erstwhile Top Gear trio reunited on the small screen, not to mention some top-notch travel segments and car cinematography, there's no question the first series of The Grand Tour had its issues. Some changes have already been made for this year—gone is the multi-country road trip format, as are the dead celebrities and Mike "The American" Skinner. But what if the problems lie deeper than that? What if the hosts themselves are just too dang British to make it in America?

The latest promo clip for the second season of The Grand Tour shows the three of them sitting around their high-tech production office and pondering Amazon CEO Jeff Bezos' directive to "be more American." After deciding that their bad teeth, bad hair, and beer guts make them look undeniably British, they sit down for a full-blown makeover. The result, as you'll see, is horrifying. And very, very orange:

"It didn't work brilliantly. They don't look like Brad Pitt, we know this. We thought Jeff [Bezos] would like it though," producer Andy Wilman told Radio Times.

That's some classic British understatement for you. Clarkson and May look like a cross between a Seventies anchorman and a sentient wax figure, while Hammond, he of dangerous decision-making and muscle car fanaticism, is apparently deemed close enough to pass without any white-out on his teeth or bronzer on his brow.

While American viewers of the old Top Gear may have tuned out all the references to British Leyland cars, speed cameras, and places that end in "-shire," there's no denying the trio's essential Britishness is part of their appeal—and as it turns out, absolutely impossible to conceal.