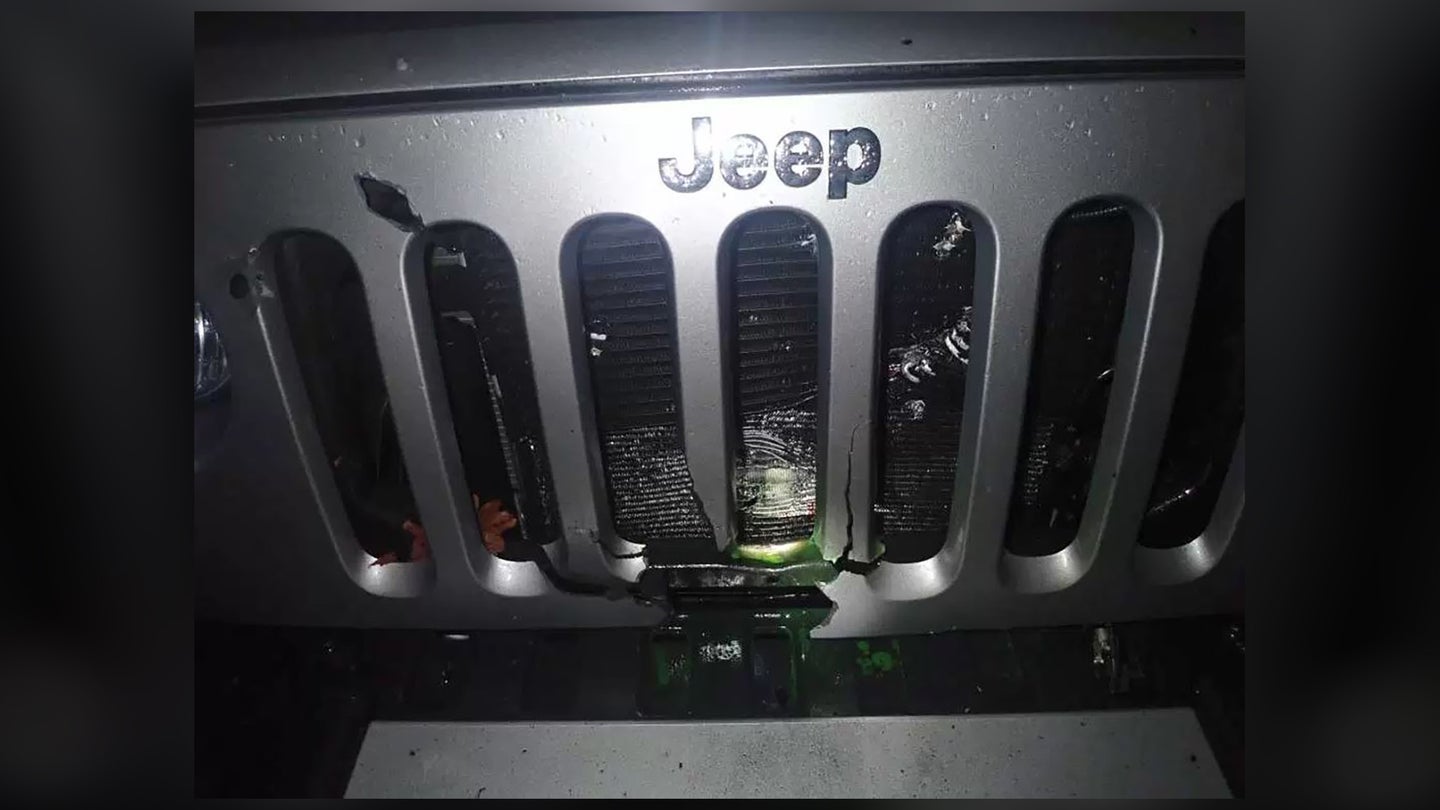 There are senior pranks, and then there's this: Authorities in Massachusetts believe a public high school principal was targeted after an explosive device, possibly a crude pipe bomb, blew up the front end of his Jeep Wrangler as it was parked outside his home on Thursday night, according to the Boston Herald.

Police responded to a call about an explosion and damage to a vehicle on Thursday night in Blackstone, Massachusetts and discovered the Wrangler with a sizable hole punched in its grille and damage to the radiator and engine block. The owner, who is the principal of nearby Bellingham High School, told officers he was inside when the blast shook his house, sending neighbors running outside to see what had happened.

"I said, 'That smells like an M-80.' We haven't had any action on this street in years. Now this. It is scary," neighbor and Korean War veteran Maurice Dubeau told the Herald. "We're all standing there in the driveway and he said to me, 'I guess they found my address.'"

You can scoff at the damage, but a blast that can blow out a chunk of the grille and dent the radiator like that is also capable of causing serious injury. Blackstone Police responded and determined the damaged had been caused by a crude improvised explosive device, and that the principal was specifically targeted. The investigation has since widened to include several other local police departments, the Massachusetts State Police Bomb Squad, and regional ATF officials. Though all that might not be necessary, as the victim also told Dubeau that he has a suspect in mind, according to the Boston Globe.

As a precaution, extra police officers were stationed at Bellingham High School during the school day on Friday as part of an "ongoing police investigation," though classes continued as normal, according to a statement the school district sent out to parents.

And class of 2018—if you're in the market for a good vehicular-based prank, consider something like this, and maybe skip the pipe bomb.