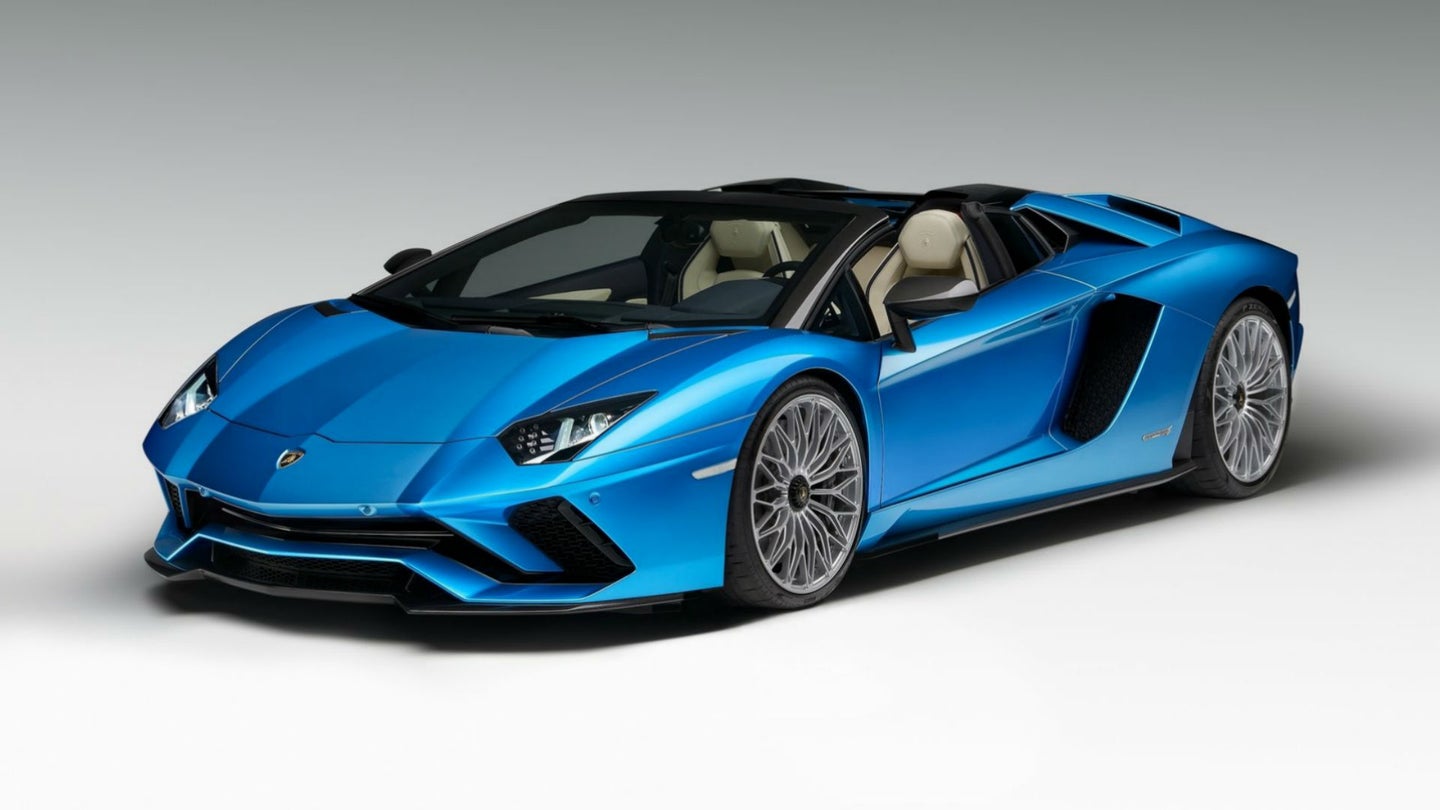 As our chief auto critic Lawrence Ulrich put it in his initial Lamborghini Aventador S review, the car is more of an accessory than a mode of transport. The nearly $500,000 Italian compliments the owner in ways that only a car from Sant'Agata could-- with a whomping V12 and exorbitant details [see: EGO mode]. If the original Aventador S wasn't enough for the Pebble Beach crowd, then the Roadster should do the trick thanks to open-top looks and an even loftier price tag, all wrapped up in the brand's freshest 'vert to hit the streets.

Power, of course, is first in line for the car, as it is in any model dubbed with the letter "S". It retains the 740-horsepower from the fixed-roof version, and this variant is still able to sprint to 60 MPH in 3.0 seconds flat, enough to sling the toupée off any middle-aged jet-setter. Not only that, it keeps all of the other go-fast trickery like four wheel steering that was first featured in the $2 million Centenario.

“The new Aventador S Roadster sets new benchmarks in technology and performance on both road and track, with the roadster version adding a new dimension in driving enjoyment. The Aventador S Roadster offers the thrill of open air driving without compromising on driving dynamics or the occupants’ comfort, and adds a further luxurious dimension through the personalization options available.”

Lamborghini notes that the Aventador S Roadster is the "only mid-rear engine V12 super sports roadster", and although that's a bit specific, it's true nonetheless. The car's got more technological acronyms than a computer-crazed teenager's text log, and all of that combines to help a roadster go almost as fast as the 750-horsepower Aventador SV. You know, the car that broke the 7-minute barrier at the Nurburgring.

Extreme customization is a perk that Lamborghini customers have come to know, and the Aventador S Roadster continues on the tradition with nearly every aspect of the interior being personalized to the owner's liking. Materials like Alacantra wrap the fighter-jet style cockpit in a cocoon of extravagance, and if you're a glutton for spending, you can also have it lined in Lamborghini's exclusive Carbon Skin which the marque says is an ultra light, high tech fabric. It launches with a Blu Aegir paint scheme that's exclusive to the Aventador S with other color options to follow.

If you want your own, get in line behind the rest of Beverly Hills' elite and prepare to drop a minimum of $460,247. Of course, if you want any options added to it, which you will, you'll easily crest the half-a-mill mark and be on your way to Concours royalty -- that is, until the next one drops.