Some Early Chevy Bolts are Having Battery Failure Issues 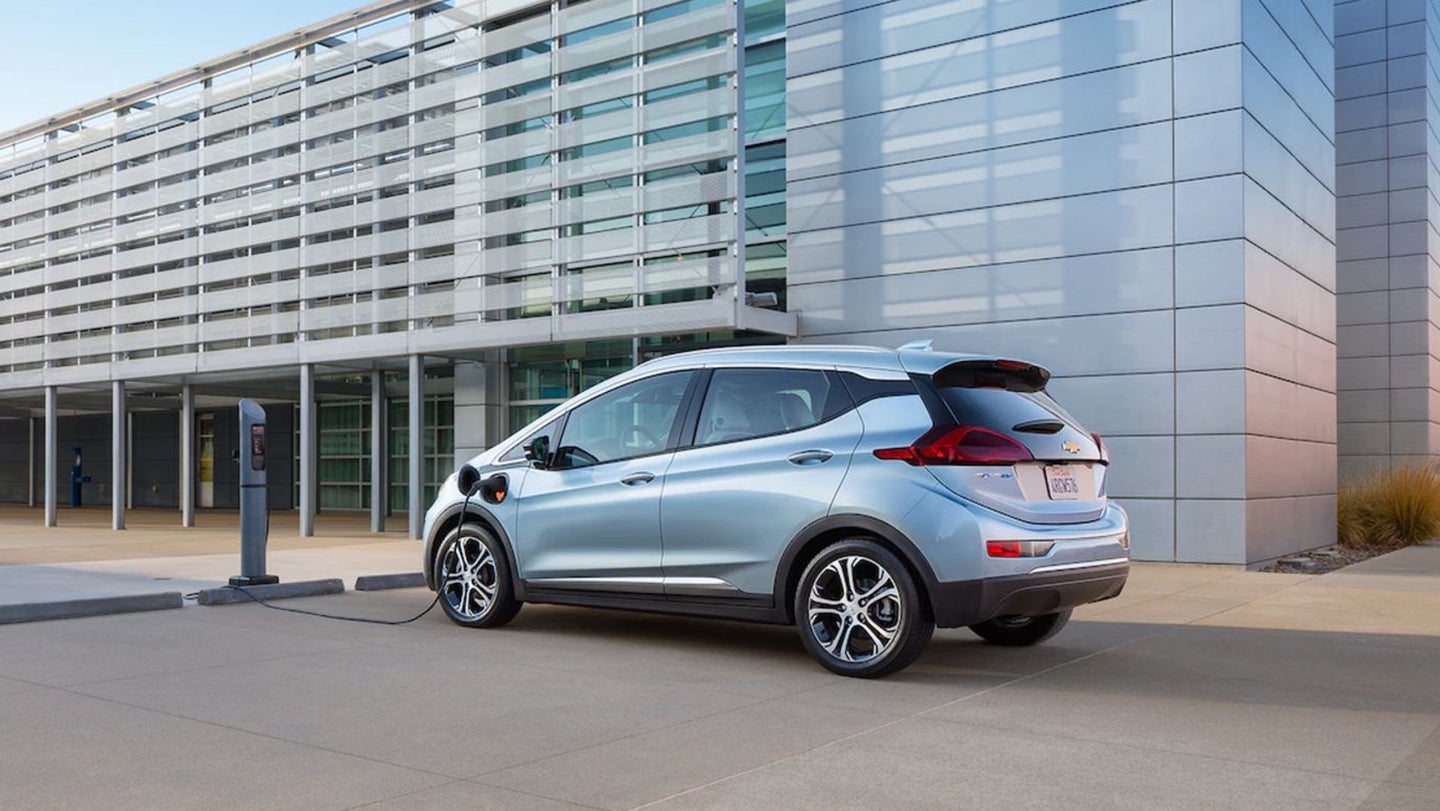 A small percentage of Chevrolet Bolt EVs (less than one percent, in GM’s estimation) is having a pretty major problem that can leave their drivers stranded. One of those unfortunate drivers happened to be Brad Berman, the editor of electric car enthusiast site PlugInCars.

Earlier this month, Brad was driving his personal 2017 Chevy Bolt Premier that he’s been leasing since June. While he was making what he called a “routine local trip,” his dashboard told him he had 100 miles left remaining in his battery. Suddenly, the car came to a complete stop in traffic and the screen abruptly changed from 100 miles to 9 miles. He was less than a mile away from his house at the time.

This is not what happens when a battery normally gets low on an EV. Electric cars generally reduce power when the battery is low so you can limp it to the nearest power outlet or at least pull over without getting stranded in the middle of the road. For Berman’s Bolt to suddenly stop in the way that it did is not a normal sign of battery depletion.

Unable to get the car to move on its own power any further, Berman managed to get it into neutral and roll it to the side of the road where it was in a safer spot. When the tow truck showed up, the driver said that was the third Bolt he had picked up in recent days.

It took a couple days for Berman to even get his Bolt diagnosed since his local Chevy dealer only has one EV specialist who was busy working on other Bolts. After that, it took almost two weeks for his new battery back to show up and get swapped into his car. The service record said, “Battery has a bad cell 25.”

Autoblog spoke to GM global advanced technology communication coordinator Chris Bonelli and got some answers about this strange issue. Bonelli accurately called it "unexpected loss of propulsion" caused by a “low-voltage condition” which has affected less than one percent of Bolts on the road so far. GM is looking into ways to fix affected cars without having to replace the whole battery pack.

Chevy isn’t doing a recall, but they are sending out a service notice to Bolt drivers who might be affected by this low-voltage condition. If you get such a notice, you can get it repaired for free so you can keep driving your EV with confidence.