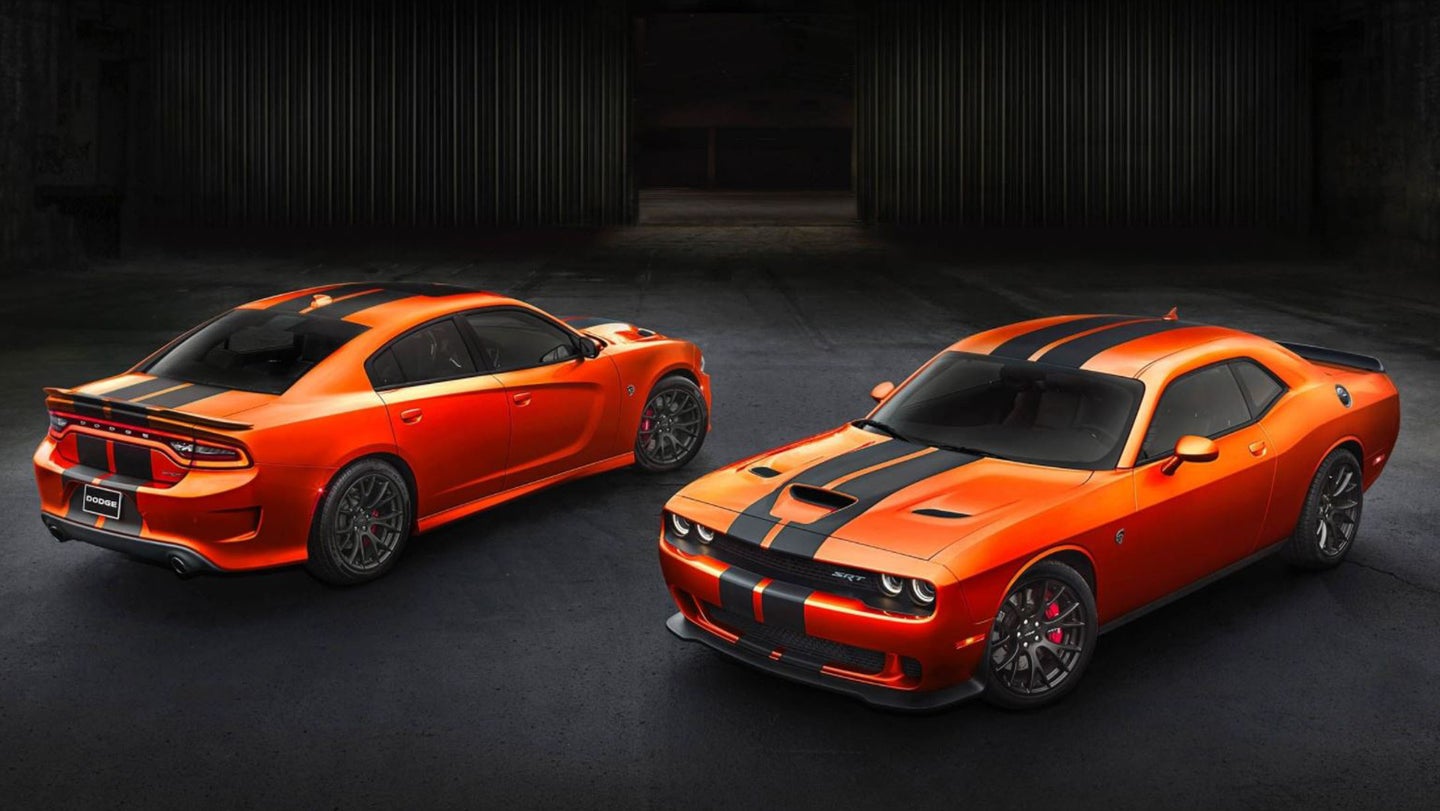 Fiat-Chrysler is recalling around 1,200 Dodge Charger and Challenger SRT Hellcats over concerns that key oil lines could rupture, resulting in a catastrophic loss of oil pressure and two very non-optimal scenarios: oil spraying up onto the windshield and blocking the driver's view, or coming into contact with a hot surface in the engine bay and starting a fire.

FCA submitted documents to the National Highway Traffic Safety Administration related to the recall on August 8th, which the NHTSA reviewed and officially confirmed this week. According to the manufacturer, Charger and Challenger SRT Hellcats built between February 6th and May 30th of this year are equipped with a faulty set of lines made out of substandard rubber leading to and from the oil cooler, which could fail at any time.

Obviously, a sudden and complete loss of oil pressure in the highly-tuned, 707-horsepower V8 engine could cause severe internal damage if the failure happened at highway (or higher) speeds. But the risk of fire and/or impaired vision is even more serious in its ability to cause an accident that could injure the driver or others on the road. It's also the second recent recall involving the Challenger, though the rollaway problem targeted in that effort didn't affect Hellcat models.

Fortunately, the company says it doesn't know of any crashes or injuries caused by the defect. According to the documents, no other FCA models are affected, as engineers were able to trace that batch of rubber hoses down to the Hellcat models specifically built in the stated time frame. The recall is set to begin on September 22nd, at which point dealers will swap out the affected engine oil cooler lines free of charge. Owners can call Fiat-Chrysler's customer service at 1-800-853-1403 for information.