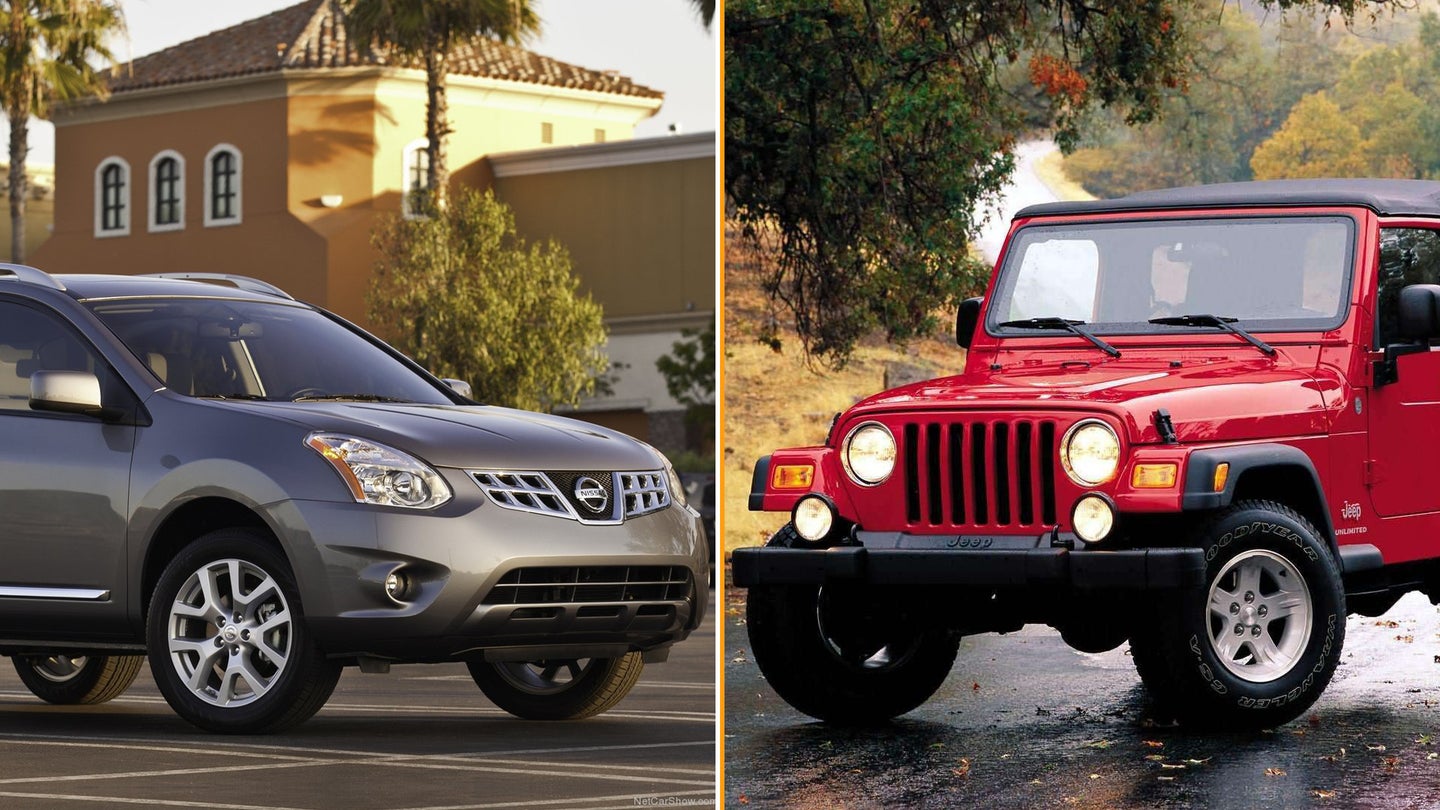 A car thief with a cruel sense of humor swiped a woman's 2002 Jeep Wrangler on Thursday morning, taking off with the rugged 4x4 and leaving a dinky 2010 Nissan Rogue in its place, according to the News-Gazette. And in a truly random turn of events, the stolen Jeep was later abandoned on a set of railroad tracks and struck by a two-mile-long freight train.

The owner of the Wrangler reportedly parked it outside the Monticello Township Cemetery in central Illinois and took a short walk at around 10am on Thursday. When she was finished, she was understandably surprised to see the Jeep gone and the silver crossover in its place.

A Nissan Rogue is a fine enough CUV if you're into that sort of thing, but it's safe to say that anyone driving a Jeep Wrangler probably is not. She called police, who ran the plates on the Rogue and discovered that it had been stolen in Kansas earlier this month.

As Piatt County Sheriff's Office searched for the Jeep, firefighters in Dyer, Indiana responded to a Friday morning call about a vehicle being struck by a train. When they arrived, they discovered the Wrangler had been hit by a two-mile-long freight train and dragged over a quarter mile. It doesn't look totally destroyed in the aerial shots, but it can't be in the best shape after that ordeal.

First responders combed the area for any victims who might have been thrown from the wreckage, but with none found authorities say it's likely the car was simply abandoned on the tracks. Wherever the thief is, all we want to know is the thinking behind the Nissan-Jeep swap.