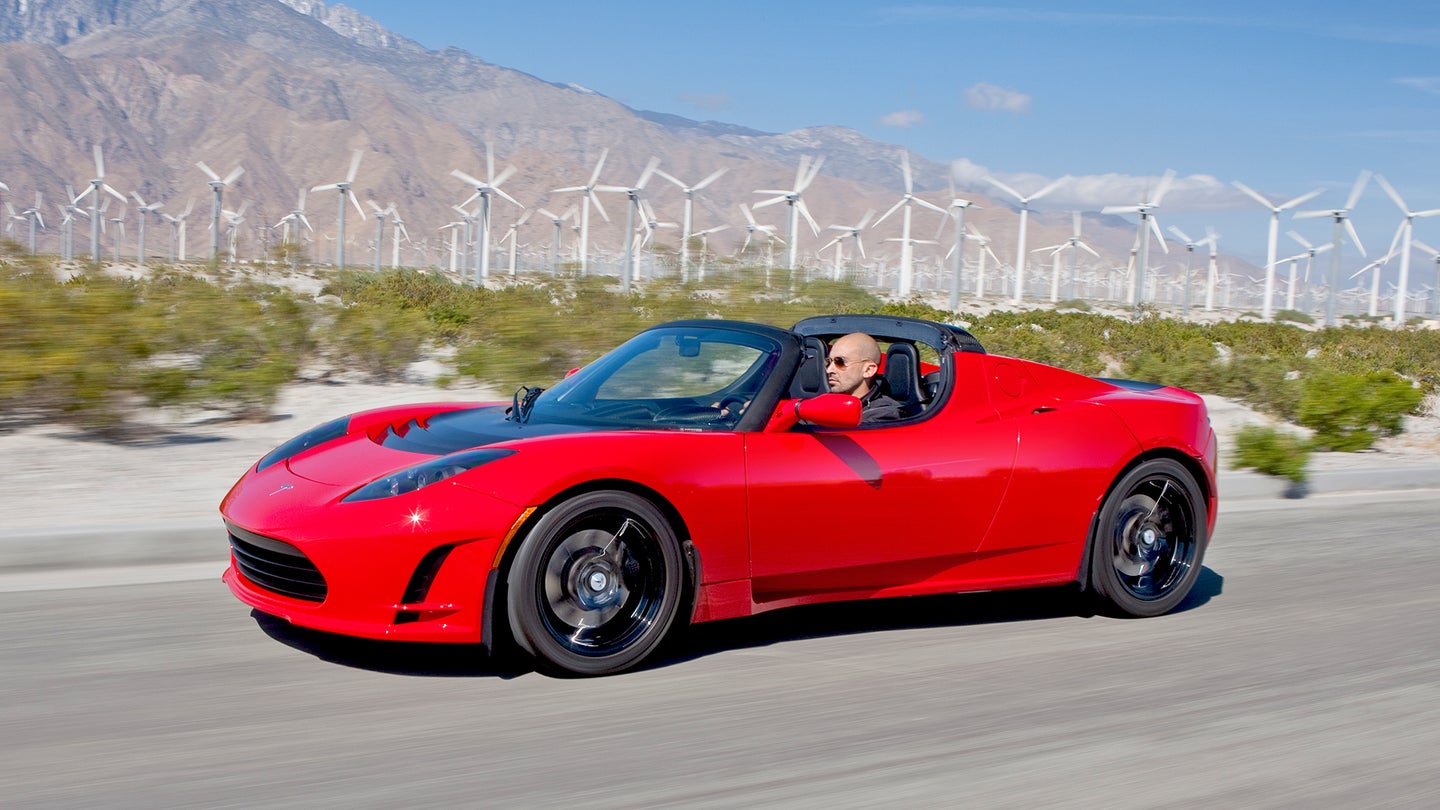 While Tesla may be preoccupied with the upcoming launch of the affordable Model 3 and the subsequent arrivals of the Model Y crossover and Semi long-haul commercial truck, sooner or later, the brand will circle back around to a new version of its first model: the Tesla Roadster. Company execs have said as much; indeed, Elon Musk himself has revealed it will be the fastest Tesla, and said the carmaker is saving a so-called "Maximum Plaid" acceleration mode specifically for the new car.

But just how quick might a new Tesla Roadster be? After all, the company's Model S P100D luxury sedan can blast from 0 to 60 miles per hour in 2.3 seconds in bone-stock form—and the stripped-down Tesla Model S race car used in Electric GT is quicker still. Drop that powertrain into an honest-to-God sports car equipped packing software hacks that let it go to Plaid, and, well...could the future Tesla Roadster become the first production car to break the two-second barrier in the sprint to 60?

Maybe, according to Musk. As is his fashion, he expressed his thoughts on the matter on Twitter, in response to a tweet from a curious user.

One key point here is Musk's insistence in pointing out that, in order to be legit, the Tesla Roadster would have to be capable of doing a sub-two-second 0–60 mph run in stock spec, even going so far as to mention "street-legal tires." Clearly, if Tesla goes for that ambitious accelerative goal, he doesn't want anyone questioning the validity of its record—something other electric carmakers have run into.

That said, street legal tires have come a long way—take the Dodge Challenger Demon's sticky factory-spec drag radials that let it do 0–60 in 2.1 seconds, for instance—so Musk could certainly dictate that the Roadster come with the grippiest rubber possible to make the most of the power. Of course, that would probably hurt the Roadster's maximum range, but hey—you don't buy a six-figure sports car for efficiency, electrically-powered or not.

Will We See a New Tesla Roadster?

Mr. Musk nods his head to the car’s development.