The 39-year-old designer has been with the company since 2009, says 14 new models are in the pipeline. 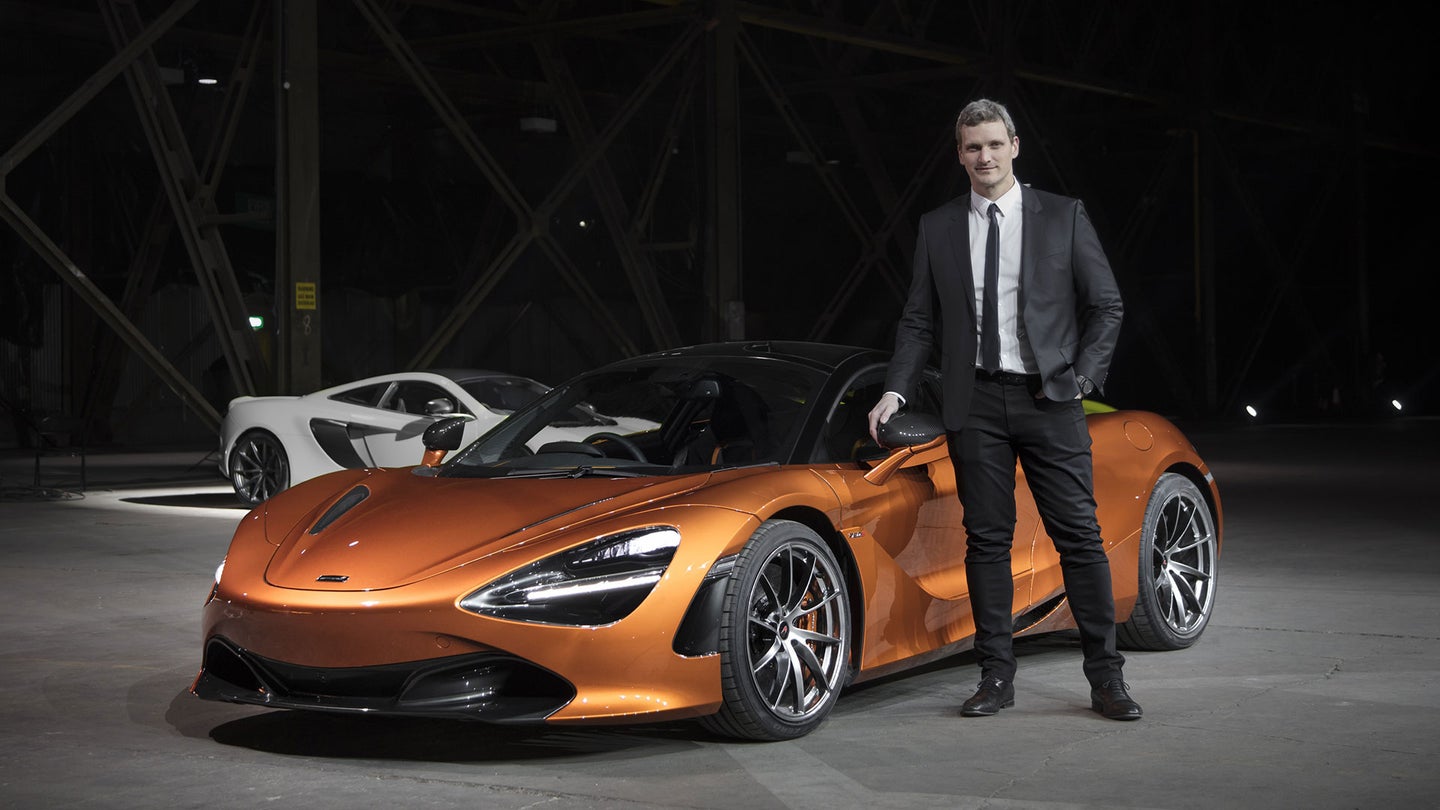 After a long history of designing cars for the supercar brand, Robert Melville is taking the reins of the McLaren Automotive design team. Now given the title of design director, Melville will be overseeing the addition of a whopping 14 new models.

Melville's design experience includes the 2001 Mini Cooper, the Ferrari F430, the Fiat 500, as well as the McLaren P1, 650S, 675LT; he also served as lead designer on the 720S. (Clearly, all his time and energy at the company shows that he deserves the new title.)

Melville will be replacing Frank Stephenson, who will reportedly be going back to the folks at Mini.

Melville started his career with Jaguar Land Rover, and worked with General Motors UK before joining the McLaren team in 2009 as a senior designer. He then became a lead designer for McLaren in 2014, and held that role until his recent promotion.

No word on when the next 14 models will grace our website, but The Drive will be sure to keep you posted on any additional developments.