The famous 1969 Ford Bronco race truck was rolled during the NORRA 1000 this past weekend, but has lived to tell the tale. 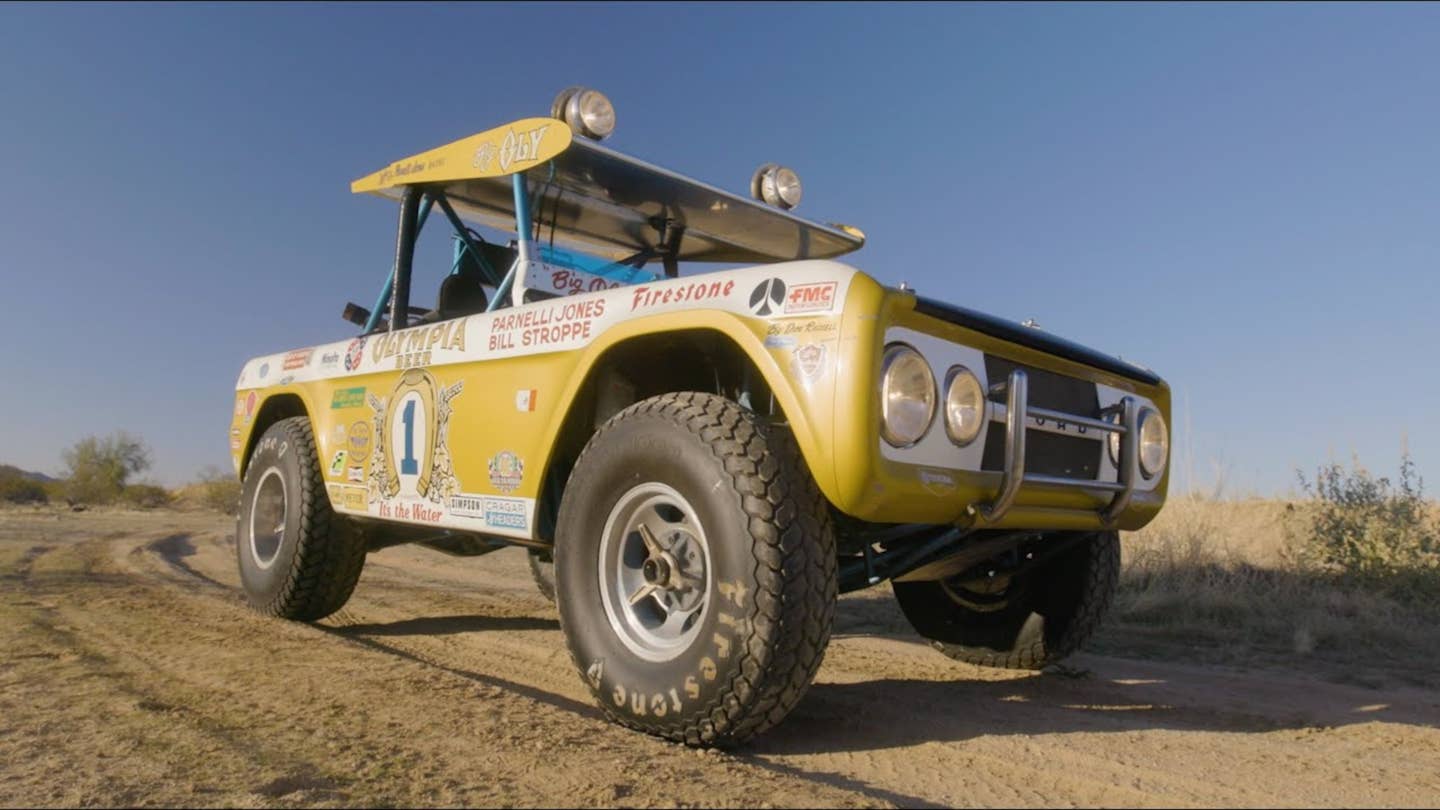 Parnelli Jones became one of the bigger names in the world of desert racing, largely for his efforts behind the wheel of his "Big Oly" Ford Bronco in the 1970s. That same truck is still out competing today, believe it or not, and with competition comes risk. Risk became reality this weekend as "Big Oly" got rolled, as reported by Road and Track.

The vintage race truck was competing in this year's NORRA Mexican 1000 when it came to grief. As per video shared by NTR Films on Instagram, the driver spun out on top of a small berm at low speed, with the vehicle tumbling down the slope and coming to rest on its roof. Photos captured by FishGistics show the Bronco on its roof, as well as the damage to the truck once it was flipped back on its wheels.

Jones' "Big Oly" Bronco sold for $1.87 million at auction last year, as part of a series of lots from the racer's own collection. It made "Big Oly" the most expensive Bronco ever sold, though the tube-frame design means that it's not exactly a factory model. Built for desert racing, the truck featured a 400 hp 351 Windsor V8, a beefy suspension for harsh off-road conditions, and the giant aluminum wing above the passenger compartment to aid handling at speed. Notably, "Big Oly" is a purely 2WD truck.

With "Big Oly", named for sponsor Olympia Beer, Jones took victory in the Baja 1000 in both 1971 and 1972. The truck also helped Jones dominate several other races in the following years. It's considered the forebearer of today's modern desert racing trucks, with its custom chassis and fiberglass replica body.

Despite the crash, damage appeared to be minimal. The aluminum wing above the passenger compartment appeared to take the brunt of the hit. Impressively, the incident didn't stop the Bronco from continuing on. Once flipped back on its wheels, the driver was able to rejoin the race, avoiding the pain of the NORRA 1000 retirements list.

Nobody wants to see precious vintage race cars damaged. They're valuable artifacts of historical significance and are often irreplaceable. However, a race car is a working, moving thing, and they are always best appreciated doing what they do best - tearing up the dirt or ripping laps out on track. That does come with a calculated risk, but it's often worthwhile. More often than not, sheet metal can be duly repaired and these proud machines can wheel again.