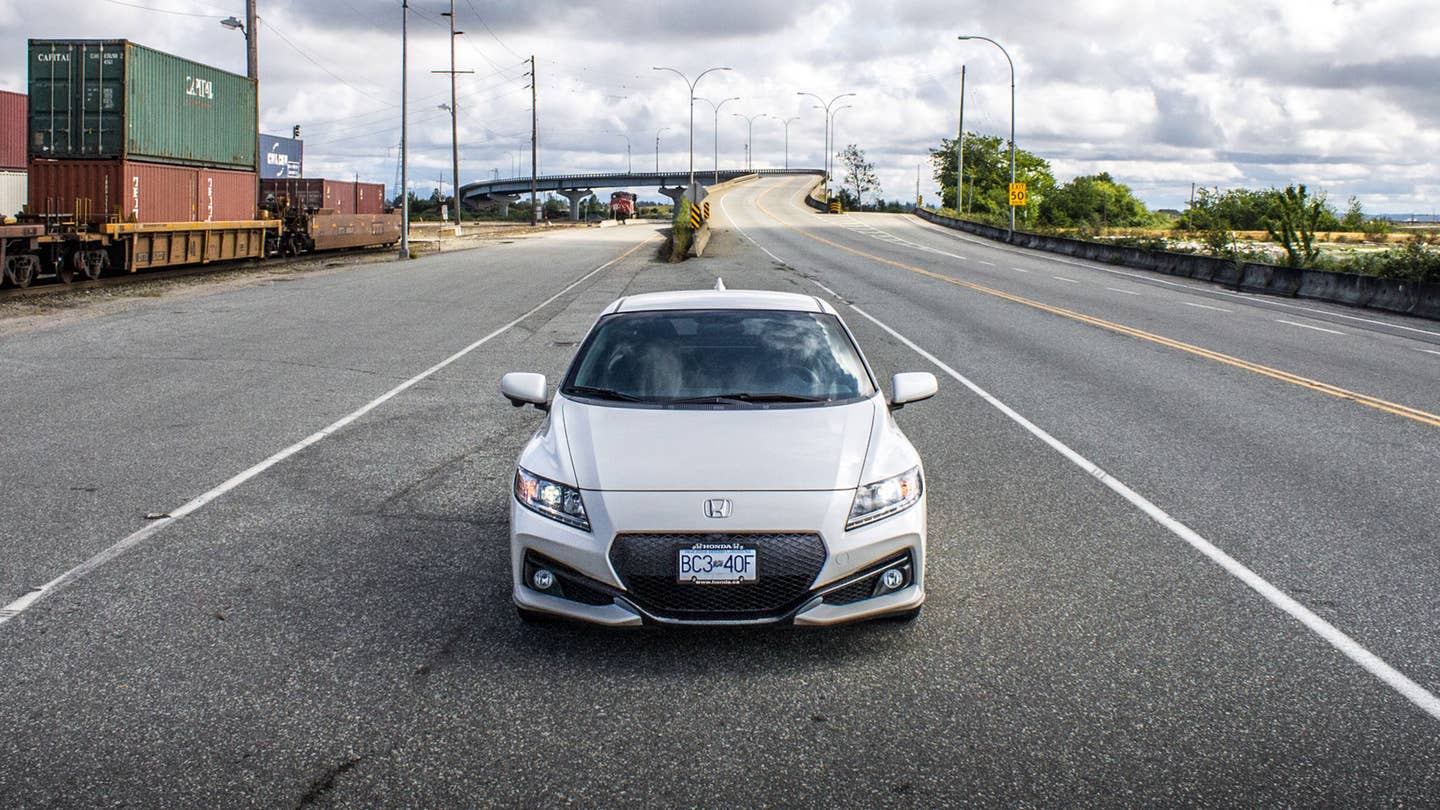 More people liked the second Zoolander film than bought this oddball little mild hybrid. Thus far this year, the Honda CR-Z has been outsold by unicorns like the Hyundai Equus, the Volvo V60 wagon, and even the Chevrolet SS. It is quite easily the worst-selling 2016 model year Honda, an answer to a question that nobody asked. A hybrid with a manual transmission? You might as well try to connect to WiFi with a tin-can telephone.

Worse, the CR-Z suffers because Honda named it wrong. The three-letter acronym of its name invites immediate comparison to the original CRX, a comparison that doesn't do the modern car any favors, especially because people remember the CRX as being better than it actually was. Thus, the sales doldrums.

However, this year Honda has turfed the hybrid drivetrain and bolted in the new 1.5L turbocharged engine out of the refreshed Civic. Now making 174hp and dropping 175lbs by deleting the batteries and electric assist engine, the new CR-Z Turbo is oh who am I kidding, they haven't done that at all. There's a new front sway bar, a few tweaks to the front and rear fascia, and a new touchscreen inside.

It could be great, but instead it's... surprisingly okay. The meager 130hp combined power output requires thrashing, but then, we like thrashing. The top-level EX-L comes with a set of four Michelin Pilot Sport 3s mounted on 17” alloys. A little good tire goes a long way to improving the handling, and the CR-Z hangs in there on corners with surprisingly decent lateral grip. Body roll is very well controlled, and even with those batteries it weighs about the same as a Scion FR-S.

The interior, too, is relatively interesting once you find where all the buttons are. It's futuristic enough to be outside the ordinary, although the infotainment is dated. With the rear cargo tray folded flat (Japanese versions get tiny rear seats – we don't), the trunk is hilariously massive.

Rear visibility is terrible. The seats are comfortable and well-bolstered. It looks like a toddler's shoe. The shifter is excellent. The fuel economy isn't all that good. The CR-Z is all over the place in trying to appeal to both the enthusiast and the environmentalist. It pleases neither. Honda, kindly remember that you almost always excel when you keep things simple, and give this car the mid-level Civic's 1.5L turbo.