It has a power dump bed! 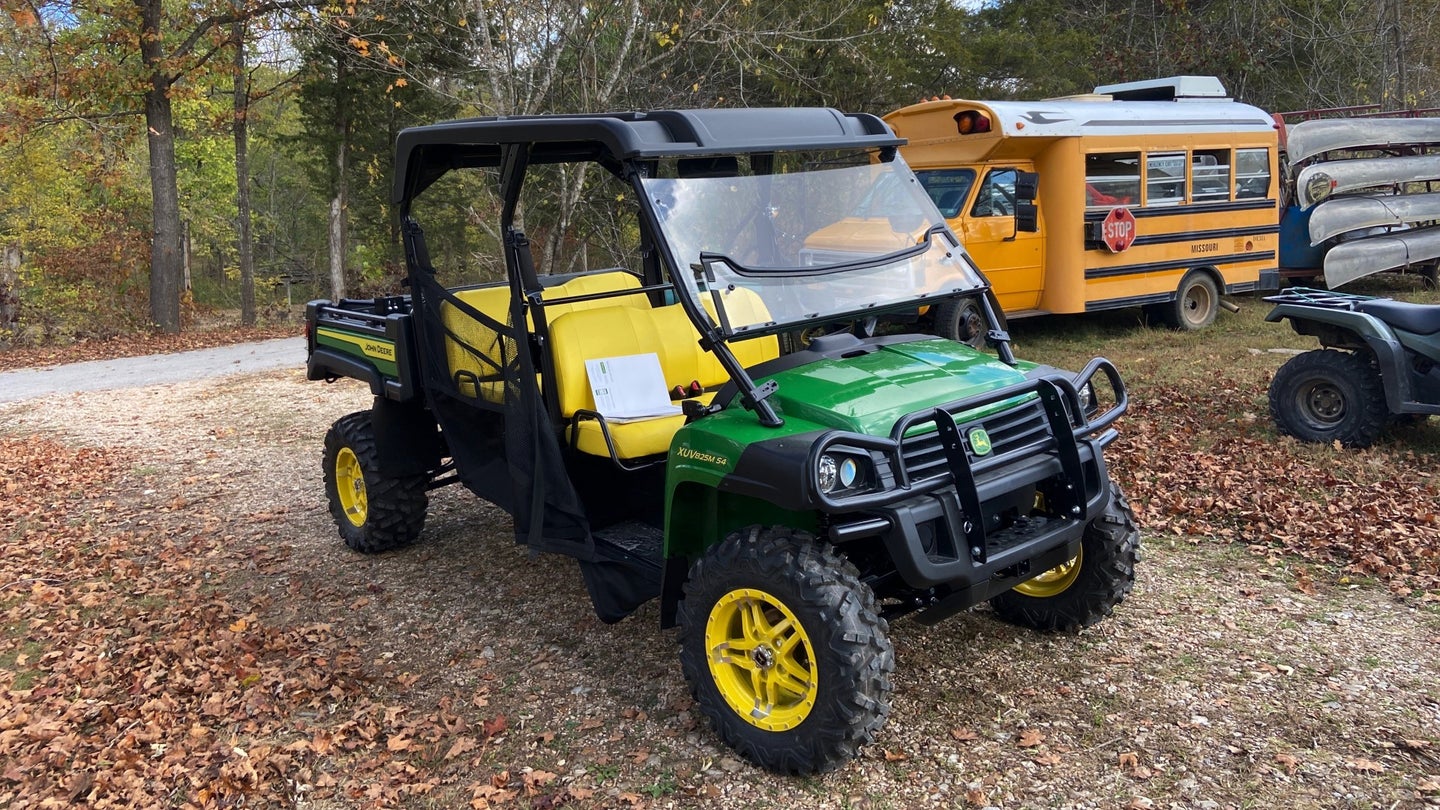 Forget six-figure supercars—I have something even better to test for the next two weeks. It's a 2021 John Deere Gator XUV825M S4, and it's got just about every option you can ask for on a handy farm vehicle like this. Yes, that includes four-wheel-drive, locking differentials front and rear, and even a power dump bed. Suffice to say, I can dig it.

It's powered by an 812cc three-cylinder with fuel injection and even dual overhead cams. That means it's got as many valves as your neighbor's first-gen Cummins with half the cylinders and roughly one-sixth the displacement. Thanks to that rear-mounted power plant, which produces a mighty 52 horsepower, it can haul 1,000 pounds in the dump bed or tow 1,500 pounds on a trailer. Not too shabby, all things considered.

Now, not everyone has much use for these. I understand that. But in my opinion, a side-by-side is like a smartwatch—you don't know you need one until you try it. That said, the percentage of folks who own a John Deere Gator as well as an Apple Watch is probably pretty low. Some demographics just don't cross.

What I'm getting at is, this thing offers up more utility than you'd think. Whereas most people go and buy bigger trucks than they need, the Gator is perfectly capable of doing jobs around the house or, more suitably, the farm. Whether it's hauling firewood, mulch, or sacks of concrete, it offers a solid amount of capability for less than the price of a new pickup. For my tester, with its four doors and list of accessories, the sticker price is $20,213—not what I'd call "cheap," but still.

That's not to say that folks are cross-shopping Gators with 2021 Ford F-150s or even a midsize Ranger. For those who are tired of buying one beat-up farm truck after another, though, this might be the best answer for reliable off-road transportation. After all, you'll never have to mess with the carburetor on this thing because it...uh...doesn't have one.

I plan to use it around our family's property where, between carrying firewood and the small load of rocks here and there, it'll stay plenty busy. When it comes to bigger jobs, though, I think I've got it covered with my own rigs.

Let me know what questions you have, and tell me what you think I should do with it over the next couple of weeks. I'm all ears!

If you need four-wheel-drive but not a V8, then this might be the ticket.