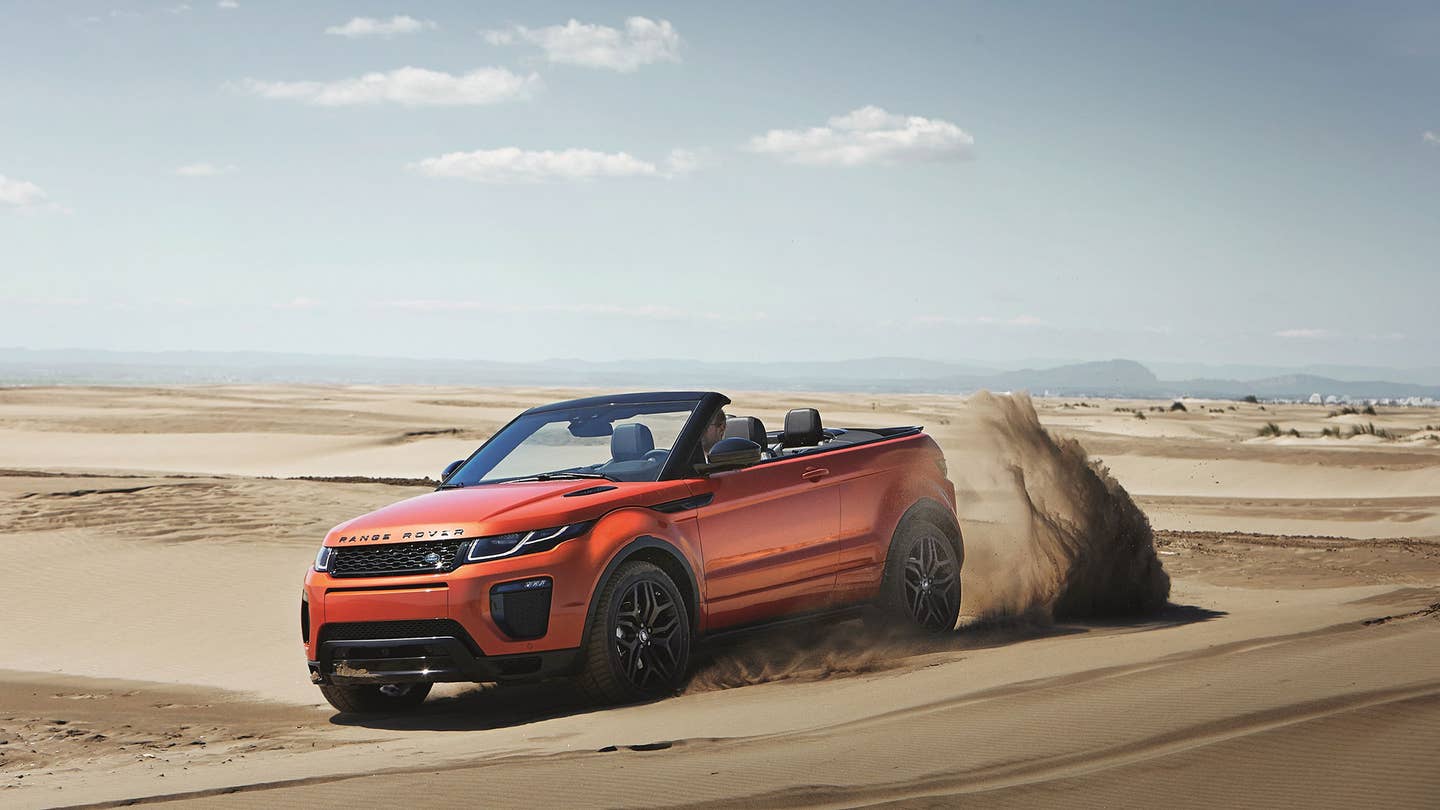 The Nissan Murano CrossCabriolet resided in an uncanny valley into which few consumers wandered. And for good reason: The scion of a vehicular lineage started by the Model A Pickup Roadster, and carried through the generations by, among others, the Nazi VW Schwimmenwagen, the Studebaker Wagonaire, the AMC Eagle Sundancer, the Dodge Dakota Sport Convertible and the Chevrolet SSR, it includes under its family crest anything that should not have its top removed, but has. (Gerard Depardieu carries the sigil.) Spotting one in the wild is like walking into the beach club cabana and seeing your grandmother naked, or watching coyotes strip a tortoise of its shell.

“They’re awkward,” says industry analyst Dave Sullivan of AutoPacific. “They’re a strange kind of Franken-vehicle. And I think that’s part of the problem. If people don’t know what it is, if they can’t compare it to something else, it seems to not do very well in the US market.”

Yet what if the CrossCab (and its grotesque predecessors) weren’t just poorly executed amalgams but somehow prescient indicators of our vehicular future? Stop shuddering. Trucks and crossovers have suddenly supplanted the once indomitable family sedan as the majority’s vehicle of choice. Baby Boomers, our nation’s largest and wealthiest car-buying demographic, are retiring. Empty of nest, fat of wallet, and eternally lustful of youth and “lifestyle,” it seems possible that in their Floridian senescence they may come to desire a vehicle that combines their beloved SUV's ease of ingress and egress and high seating position with the windblown and carcinogenic joie de vivre of a convertible.

“Have you ever watched a 75-year-old person get in and out of a Boxster?” Sullivan asks. “It can be painful.”

Are we entering the moment of the retractable-roofed Sport Ute? A few concurrent trends suggest that the answer is, unfortunately, yes.

First, we have seen a spiking interest in, and valuation of, classic topless trucks like the Chevy Blazer, Toyota FJ40, and Ford Bronco—particularly for well-preserved or resto-modded versions that combine utility, outdoorsiness, and carefree ownership.

We’ve also seen a spike in sales of the convertible Jeep Wrangler (up 15% in 2015) and its baby brother, the mesh-half-shirted Jeep Renegade. In response, Ford intends to offer a competitor—as it did back in the Sixties—having all-but confirmed the creation of a new Bronco.

And arriving in dealerships this summer is the new, $51,000 Land Rover Range Rover Evoque Convertible. First shown as a concept at the 2012 Geneva Motor Show even as the musty stench of unsold Murano CrossCabriolets still hovered over Nissan stores, Land Rover apparently had enough positive response (or plain chutzpah) to send it to production.

“As an organization, we’ve been a little disruptive recently in terms of the number of products and the diversity of those products,” says Land Rover project manager Simon Turner. “I think the Evoque convertible is just another good example of that.”

Sometimes, doing something just because you can is not a good idea. But as other high-profile manufacturers have demonstrated, it can be both beneficial, not to mention easy, to dominate a category in which you're the only player. “I think the opportunity really exists within a backdrop of not having any serious competition in the segment,” Turner says. “Nobody else is doing a premium SUV convertible.”

This is true—at least for now. Though not quite premium, Volkswagen showed its nicely rendered T-Cross Breeze convertible crossover at the 2016 Geneva auto show last month, presaging what may likely become a production model. And while it was created as a virtual April Fool’s joke, this rendering of a Cadillac XT5 Convertible created a frisson of buzz in a category that is growing, but inherently boring.

Given the company's recent, almost metastatic product proliferation and their seemingly boundless reserves of cash and megalomania, the logical means for determining whether or not the convertible crossover will become a viable trend is to watch for the entrance of Mercedes-Benz into the segment.

Benz is credited with bringing back the hardtop convertible in the mid-1990s and the four-door coupe in the mid-2000s, and has been at war with its Teutonic rival BMW to create as many variants of its current crop of competently unremarkable crossovers as is mechanically possible. (We have long predicted a six-door GLS or a two-door pickup-bedded GLA variant.) Meanwhile, Mercedes has demonstrated its expertise in cranking out convertible versions of nearly every car in their lineup, with C-, E-, and S-class drop-tops to arrive this year alone. The arrival of a GLC or GLE Coupe Cabrio seems inexorable.

“I would not rule out Mercedes-Benz coming out with a convertible crossover,” Sullivan says. “I have heard rumors that it’s definitely possible.”

Still, he warns against our visions of topless-ute ubiquity. “I mean, we’re really talking about a small, small piece of the market," he says. "You knock off two doors, and then you take a roof off, you’re really limiting the functionality of these vehicles. It becomes a micro-niche of a micro-niche.”

We did not ask him about the rumored return of the 2002 G-Wagen Baur Landaulet reimagined as a limited-edition Maybach SUV.