Subaru May Have a Mid-Engined Hybrid Sports Car Coming

Picture a BRZ cross-bred with an NSX, and you’ve got the idea. 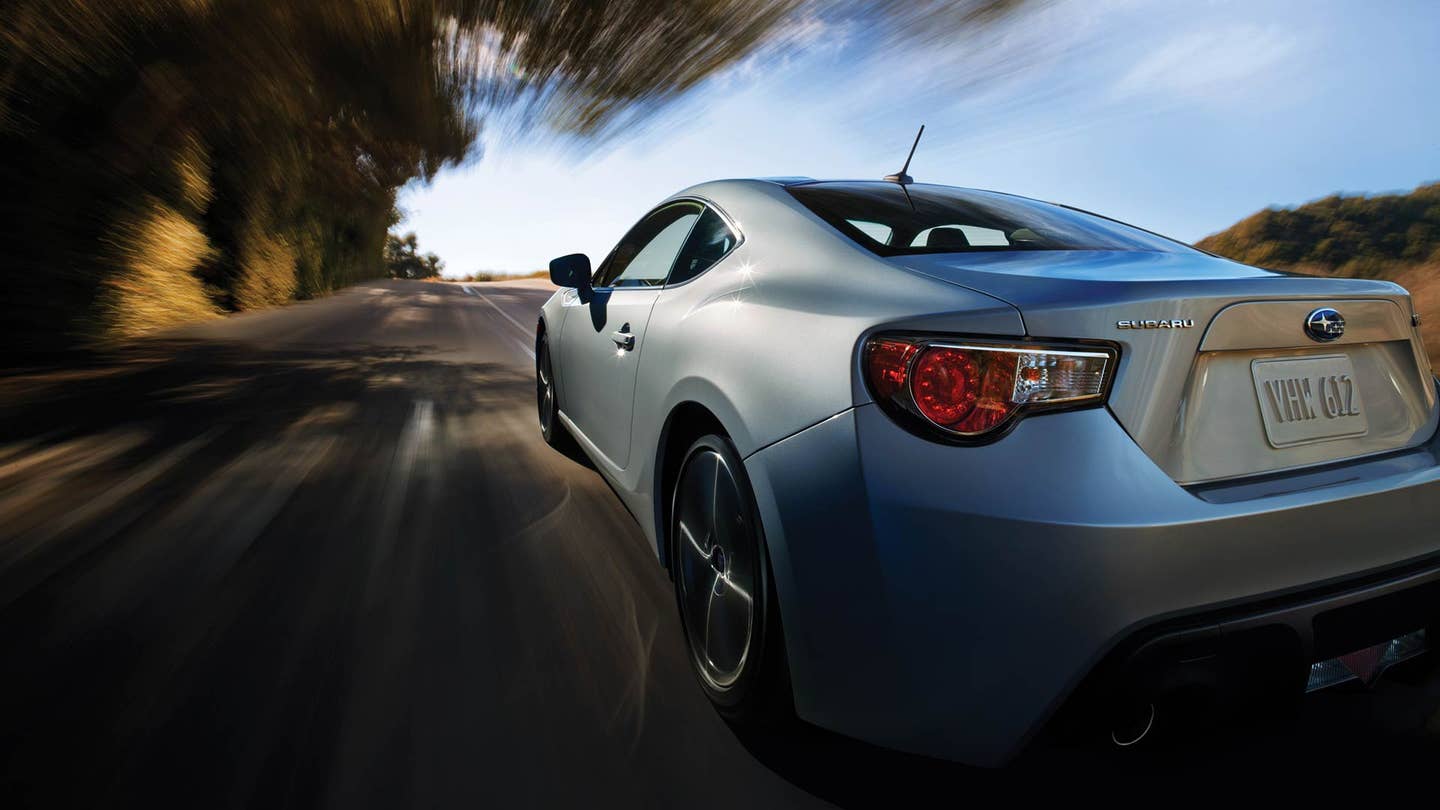 For a company whose heritage rests on a long series of entertainingly weird vehicles (see: BRAT, SVX, SUS, etcetera) Subaru’s current U.S. lineup in the United States is a bit starved for charm. The Outback has morphed into a de facto SUV; the only odd thing about the Forester is its front fascia. All the low-slung boxer engines in the world don’t change the fact that the BRZ is somewhat of a generic-looking rear-drive coupe. But a mid-engined hybrid sports car—now, that’s the kind of thing that we expect from Subaru.

And according to Car and Driver, that’s exactly what the automaker's testing in the dark, hidden corners of its Tochigi facility. The prototype is reportedly based on a highly modified BRZ chassis, rejiggered to accommodate a mid-mounted, turbocharged boxer engine. Like the BRZ, the gas engine transmits its power solely to the rear wheels. Except this prototype is all-wheel-drive, thanks to a pair of electric motors allegedly powering the front wheels.

Sounds familiar? It should. That's the same basic powertrain setup as the 2017 Acura NSX—turbocharged gas engine amidships sending power aft, with a pair of electric motors supplying juice to the wheels up front. (The NSX also uses a third electric motor to supplement the engine, but the sporty Subaru purportedly could get one of those if the project gets the green light.) But the mid-engined Subie would play in a different league than the NSX.C/D says the car’s gas engine would likely be a 1.6-liter turbo four, and total output would be closer to 330 horsepower than the NSX’s 573 hybrid ponies. And while the prototype may be built out of a hacked-up BRZ, a consumer version would use Subaru’s new Global Platform, which is set to underpin all future models, starting with the 2017 Impreza debuting at this year's New York Auto Show.

One hiccup: The car, should it make it to production, could also instead a sporty crossover. But it's still worth holding out hope for a coupe. We like our Subies freaky, but an NSX-Lite cute ute might be a bit too far.