It’s not a replacement for the skiffy two seaters Dustin Hoffman drove in The Graduate, or Phillip Seymour Hoffman drove in Ripley. This is a purebred, yet relatively affordable, exotic sports car, the finicky top of which happens to pop off—once you unlatch it, roll it up and stow it in the cannoli-size trunk. With its unmuffled exhaust and whooshy, mid-mounted turbocharged engine sitting right behind your left ear, it makes sound and fury like nothing since Faulkner. We find it irresistible, and find any complaints about it irrelevant. 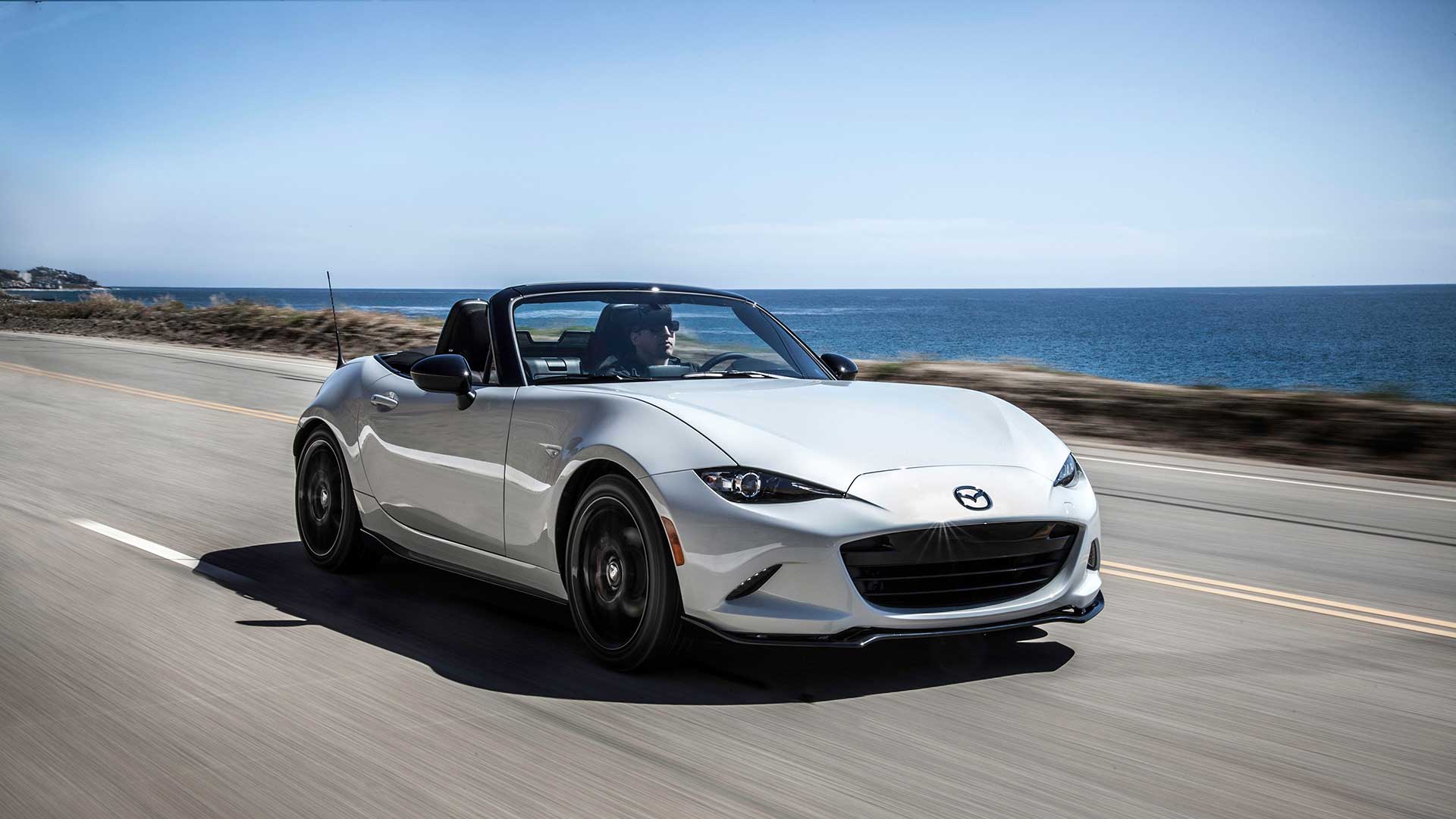 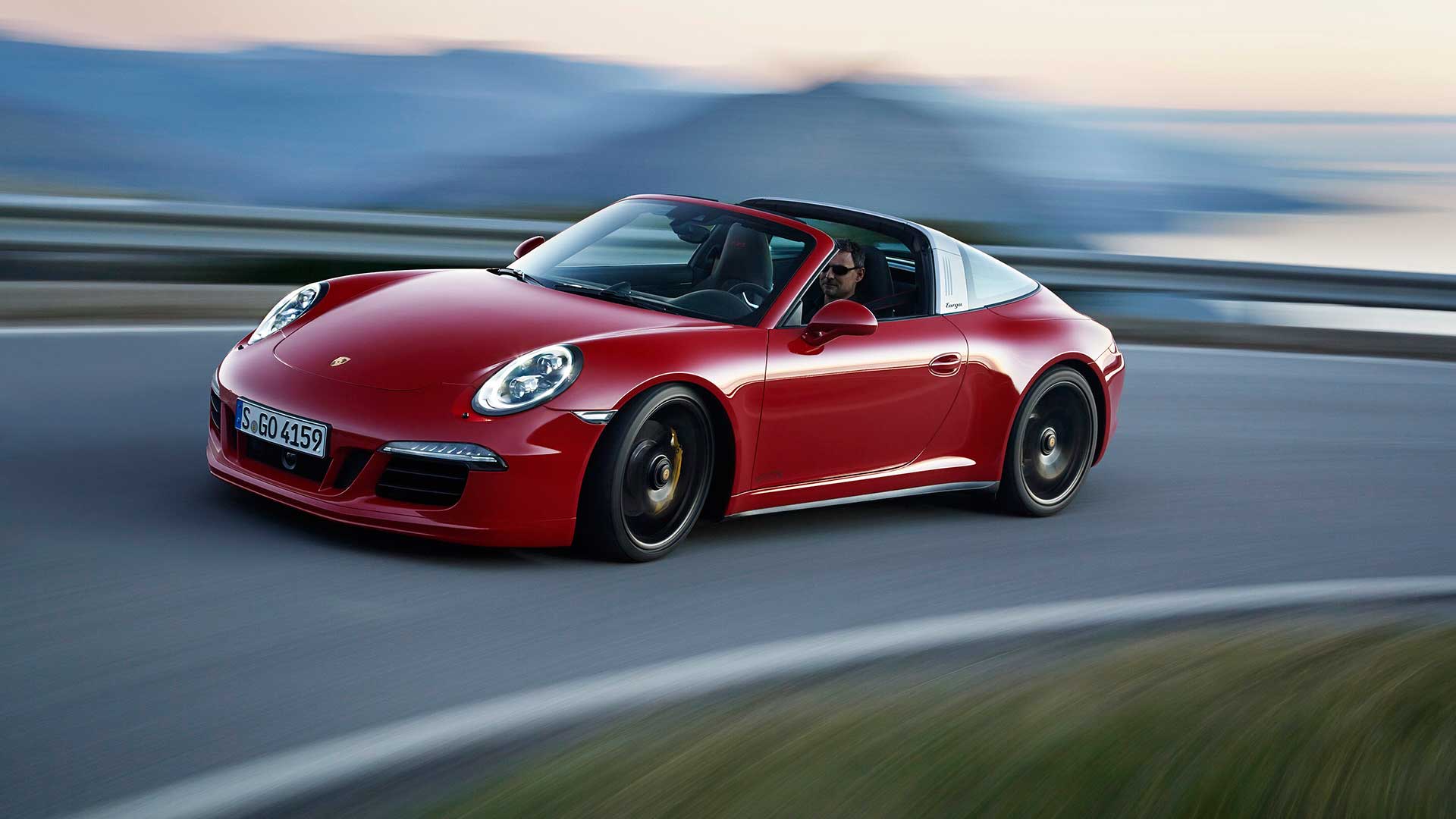 The 911 Targa is a tweener, a blend, a clumsy satyr strutting about bipedally and foregoing all the tenacious benefits of goat-dom. It pays homage to a 50-year-old car created solely because of an unfounded fear that convertibles would be outlawed. It is a needlessly anachronistic and un-ironic tribute: the U2 cover band of vehicles. But its trick top (lift, fold, flip, dip, drop) is uniquely enthralling, and its newly up-powered 3.8-liter 430-horsepower engine gives it go-go to match, earning our affection as well as our respect. 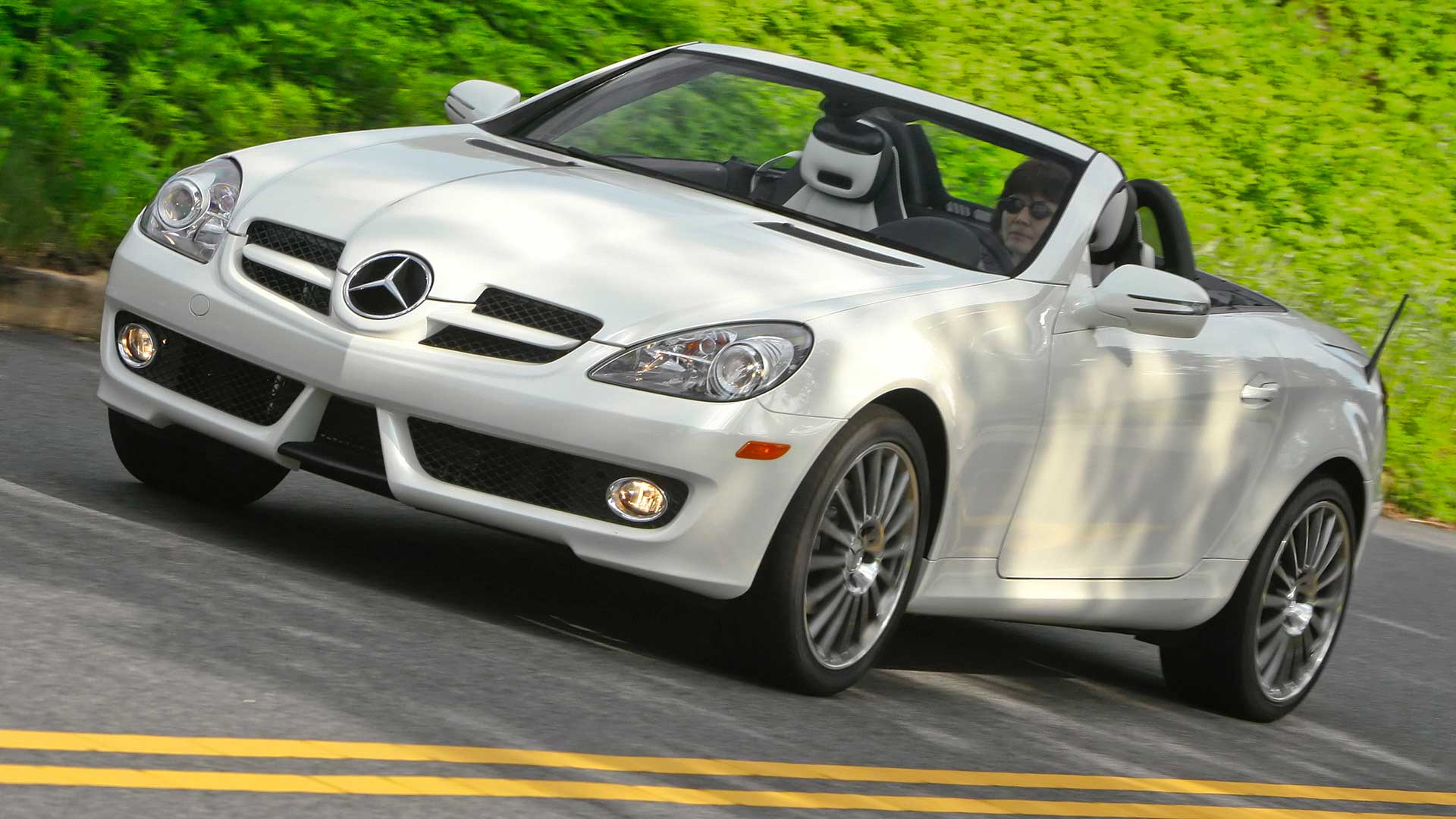 The SLK has always been the sleeper in the Mercedes roadster lineup, getting none of the play awarded to its bloated and unfortunately styled big brother, the SL. But it’s handsome, tossable and about half the price of the least expensive Sport Licht. Until 2014, you could even get it with a stick (it was called the SLK250 then), the only manual Benz sold in America. Now, though it comes with the 2-liter turbocharged four-cylinder out of the C-Class, and a nine-speed (!) transmission from the CLS four-door coupe, it’s faster and more frugal.

What’s another $8,300 for BMW’s brand new Competition Package when you’re already dropping nearly $120,000 for a “base” M6 convertible? For the literal-minded, a seven-percent price premium nets you an equal amount more power—600 hp versus the ordinary 560. You also get a special sport suspension, sport exhaust and sport wheels. Is it worth it? If exclusivity, speed and bragging rights are your metrics, then yes. If not, then you probably weren’t in the market for an M6 convertible anyway.

With its removable front and rear roof panels, the all-new Renegade pushes the boundaries of what a convertible can be. It also redraws the definition of what a Jeep can be—in this case, a cute crossover with capacity and capability, and a sub-$20,000 starting price. Is it a “real” Jeep? Don’t be so tedious. It’s a mass-produced automobile, not a Vermeer. Is it an excellent choice in an increasingly crowded market? It will rip the nuts off other recent entries like the Honda HR-V, Fiat 500X and Chevy Trax, all of whose tops don’t come off.

Last year, the Audi A3 was a five-door hatchback best known for its diesel engine. This year, it transformed into a compact four-door sports sedan, best known for imitating Audi’s beloved 80 from the early Nineties. Now, it’s morphed again into a crisp two-door convertible. Underpinned by some wonderful components from the Volkswagen Group parts bin—a torquey turbocharged 2-liter engine, six speed dual-clutch transmission and all-wheel drive—we like to think of it as a more civilized, more trunkful and more topless VW GTI. Starting at just over $35,000, the A3 has an inside line on the endless summer.

Speaking of Audi, the four-ringed brand’s bumpy Bauhausian coupe, the TT, has just launched its third generation. The clean and functional formalism of its exterior design would warm Walter Gropius’s heart. We think he’d also approve of the crisp, technological wizardry embedded in the dash, where an expansive LCD screen takes the place of the typical dashboard dials, eliminating clutter while maintaining clarity—even with the top down.

There’s nothing new about this grand tourer, whose original design dates from 2007. Even its name remains staid, simply restating the vehicular category to which it belongs. But when nearly every competitor (Mercedes SL, BMW M6, even the Ferrari California) has shifted from natural aspiration to forced induction, the glories of the GT’s sensorially discourteous Ferrari-designed V8 at full wail feel fresh enough to merit inclusion. The acoustics, of course, are wholly improved by the retraction of the fabric roof. A week in the car at summer’s end proved more indelible than sand in a lobster roll.

If this were ancient Greece, we’d have spent the last days of summer offering sacrifices to Zeus and Demeter. Instead, we wasted them on crowded train rides to a crowded beach and attending a shitty music festival in an old Catskills bungalow colony that would have been more charming if there wasn’t so much black mold in the ballroom.

But all is not forsaken. The best part of summer, the September part, is here. First, everyone knows that the weather improves in September, when the steaming garbage and quantity of proximate, moist people in tank tops diminish. Second: convertibles.

We drove a roadster in August and were rewarded with piteous stares, our worst hair day since the Nineties and a sunburn just this side of graftable. Try out any of these eight cars during the next couple weeks, and you’ll be rewarded with sweet air, a denticle grin and the avarice of all other motorists. If it gets cold, crank the heat; the engine is producing all that warmth anyway, so why squander it?