Any Land Rover can take you off-road. Only the Velar can do it with this much panache. 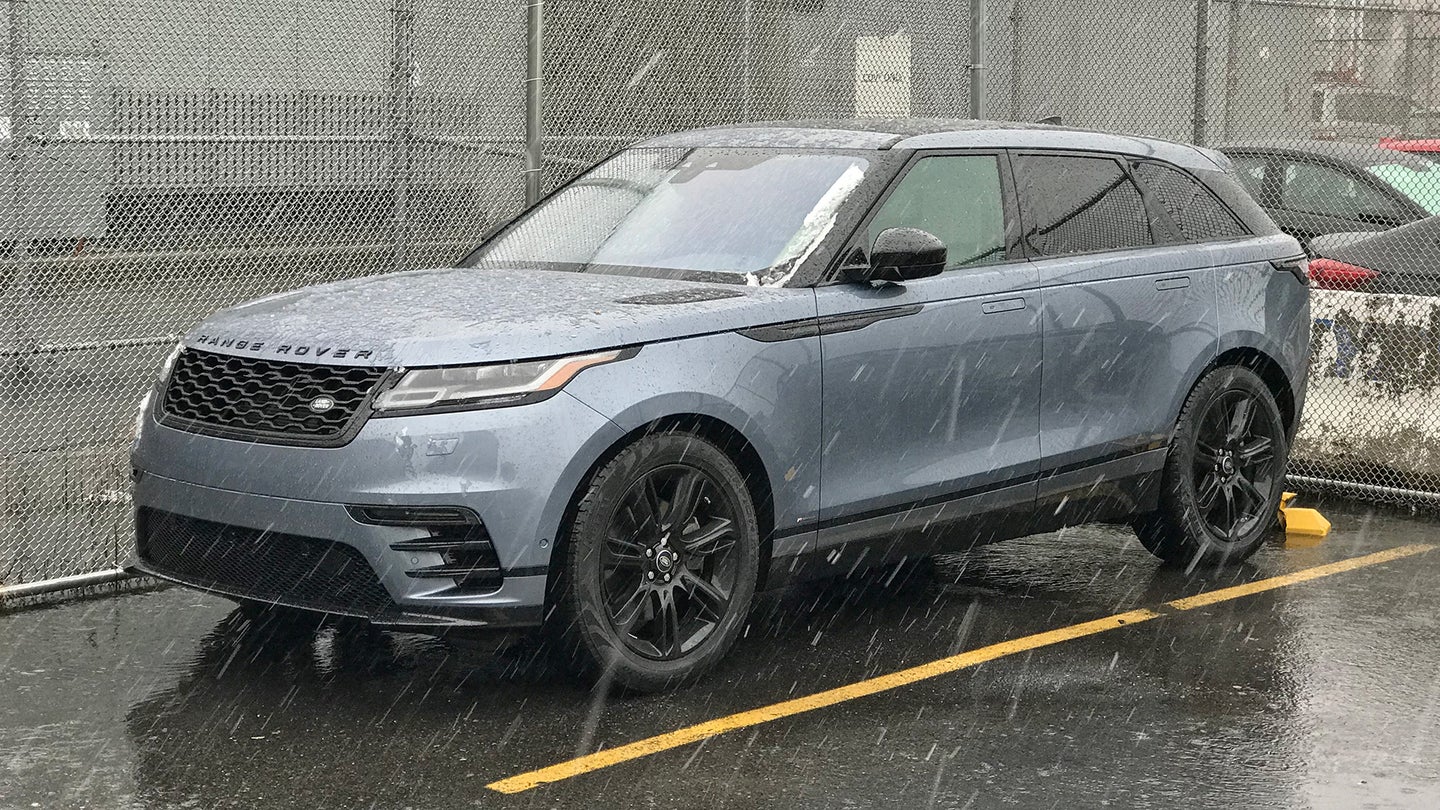 Welcome to Critic's Notebook, a quick and off-the-cuff car review consisting of impressions, jottings, and marginalia regarding whatever The Drive writers happen to be driving. Today's edition: the 2018 Land Rover Range Rover Velar R-Design HSE.

The name “Velar” may date back to the code word used within Land Rover to refer to the original Range Rover (as seemingly every first drive of the crossover mentioned), but it seems likely the people who mocked up that first off-roader to bear the now-iconic brand would spit their Earl Grey all over their 1960s-era blueprints if they could see the vehicle that boasts the moniker circa 2018. Those men (not to be sexist, but let’s not lie, they were probably all men) poured their blood, sweat, and tears into creating a two-door, body-on-frame, coil-springed off-roader with a hose-out vinyl interior; to see, 50 years on, that the modern Velar is a four-door, leather-lined unibody machine this fashion-focused inside and out might make them wonder what sort of vehicular apostasy their successors had committed.

But plenty has changed in the transportation world since the days when Saturn V rockets were launching men towards the heavens. Sport-utility vehicles have gone from occupying a tiny niche in the automotive ecosystem to the dominant life-forms in much of the world, as aging, ever-fatter human populations seek easier ingress and egress and neurotic, paranoid adults aim to find "safety" in vehicles that seem more reassuring due to taller ride heights and traction-enhancing four-wheel-drive systems. With an ever-wider array of customers buying these machines, the SUV market has undergone a remarkable course of speciation. The world of the original Range Rover—where one shape and size was enough to claim dominance in the market—is long since passed. Sport-utes now come in nearly as many sizes, powertrains, and body styles as conventional cars ever did.

So it falls upon the Velar to tweak the mission of its parent brand. Land Rovers—Range or otherwise—are expected to be all-conquering vehicles, invulnerable to climatic fury and capable of clambering over and/or through terrain that would stymie 99 percent of other vehicles on sale today. They're assumed to be comfortable, capacious, and technologically advanced (if occasionally gremlin-prone). They have not, however, generally been thought of as glamorous. At least, until now.

As of 2018, Land Rover’s decade-and-a-half-long transformation of Range Rover from sole luxury vehicle to mini-model range aimed at Richie Riches of all stripes is effectively complete. There are now Range Rovers in coupe, convertible, and two-box hatchback body styles, ranging in price from around $42,000—just $6,000 over the average new car transaction price last year—all the way to $300,000 and above with the arrival of the new Range Rover SV Coupe.

But it's the Velar, with its focus on urban-centric fashion over rural-minded function, that seems to point the way to tomorrow for the brand. If Land Rover defined off-roading excellence in the second half of the 20th century, then perhaps Range Rover will define automotive luxury in the first half of the 21st. After all, all signs point to the global love affair with crossovers to continue for the foreseeable future; the fundamentals of human nature that prompt people to choose such vehicles aren't likely to change anytime soon, and advancing technology means picking a tall wagonoid over a conventional car involves fewer sacrifices by the year. (And as forthcoming vehicles like the Audi E-Tron, Mercedes-Benz EQ C, and JLR's own Jaguar I-Pace demonstrate, a societal switch to electric power won't put the kibosh on the trend.)

While the world is sure to embrace crossovers from all sorts of companies—especially, as Tesla has proven, in the high-end market—no brand combines luxury, sportiness, and utility in a single vehicle quite the way Range Rover does. As long as brand equity and name recognition mean anything, Land Rover and its premium branch will continue to be one of the standards by which SUVs are judged. The Velar needs to be good, in order to prove that Range Rover can succeed as more than just a company that builds gussied-up off-roaders. If people want SUVs of all stripes, Land Rover has to build exactly that if it wants to thrive. But if the Velar is any indication...expanding the brand won't be problematic at all.