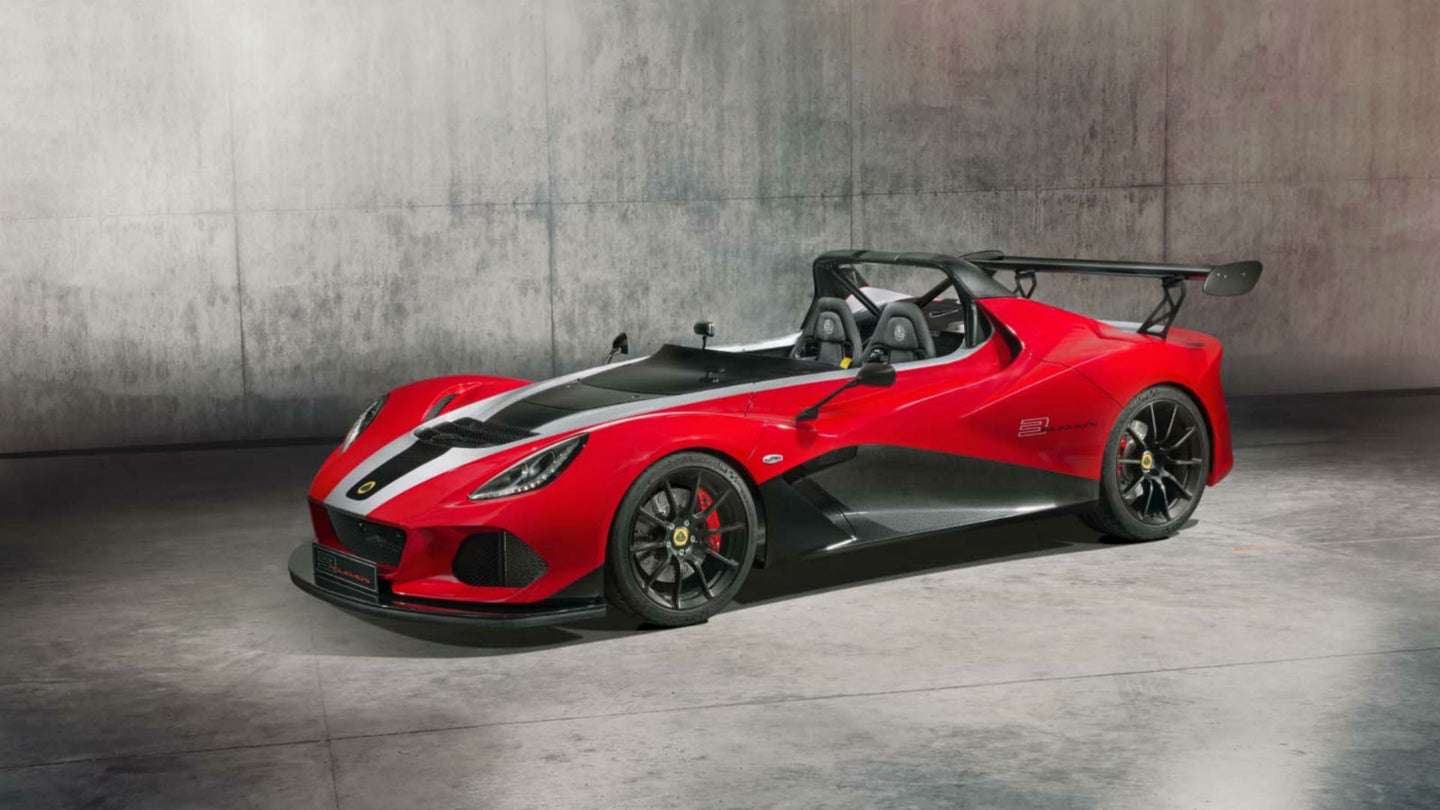 The Lotus 3-Eleven was unveiled in 2015 at the Goodwood Festival of Speed and described as the most untamed car in the brand's model range. Since the 3-Eleven's production run is coming to an end, the company has unveiled a final, limited edition variation of its all-star track monster, called the 3-Eleven 430, and just 20 will be produced.

The 430 edition is a variant of the street-legal version of the 3-Eleven and is currently one of the fastest road cars Lotus makes. It lapped the Hethel test circuit in 1 minute 24 seconds, 2 seconds faster than the regular 3-Eleven and an eighth of a second faster than the Exige Cup 430.

"The development of the original 3-Eleven focused our thoughts on a Lotus of pure simplicity and advanced our thinking on the sports cars of the future," Jean-Marc Gale, CEO of Lotus Cars, said. "The 3-Eleven 430 is the ultimate conclusion of that work, a [supercar] killer and something that we’re all immensely proud of.”

The 3-Eleven 430 is available now for about $143,000 excluding options, but we doubt any will make their way Stateside.

The Sport is the fastest Lotus road car ever.