Turbocharged Motorcycles are a Terrible Idea

These '80s bikes are a charming relic of their time, but there are reasons that tech just didn’t catch on. 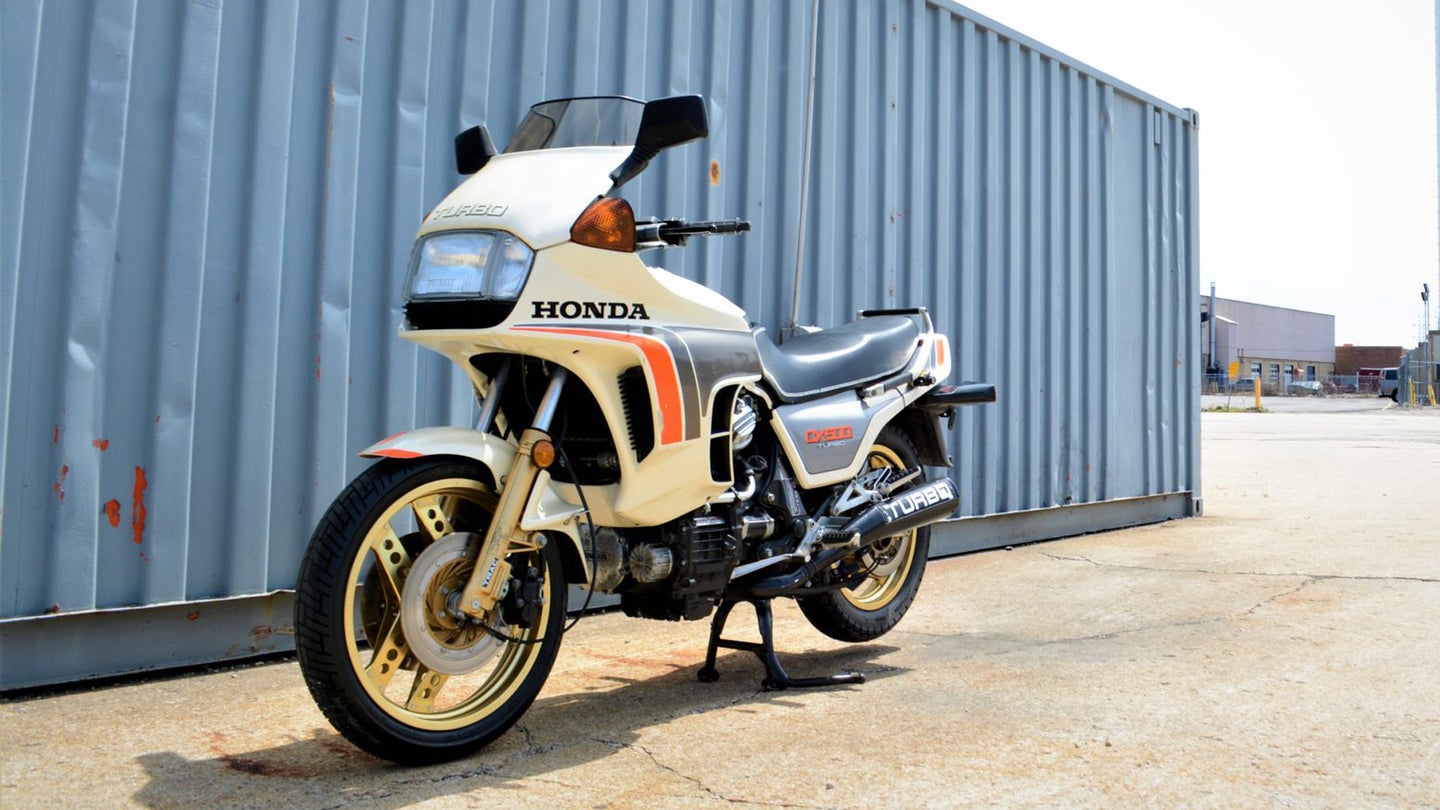 Excitement often comes before reality, and the wondrous ideal of turbocharged motorcycles were no exception. Though forced induction is now ubiquitous on modern cars, it never quite worked out on bikes. Lusting after a recent no-reserve specimen on Bring A Trailer made me want to examine why that was the case.

I couldn’t help but be enthralled by that white, silver and orange Honda CX500 Turbo. It seemed as 80s as superbikes get: colorful, blocky, powerful, with “Turbo” graphics plastered everywhere just in case you forgot. It’s a charming relic of its time, but there are reasons that tech just didn’t catch on.

The honor of first forced induction production motorcycle goes to the Kawasaki Z1R-TC, but Honda’s CX500 Turbo must be credited for beginning three years of turbocharged motorcycle fanaticism. Today, the soft shape, turbocharged motorcycles of the 1980s register as feats of engineering and relics of vicious competition. Offerings from Kawasaki, Yamaha, and Suzuki cropped up in 1982 and 1983 as a direct response to the Honda CX500 Turbo, only for production to cease across the board in 1985. With the exception of Kawasaki’s H2 line and Peugeot’s one-off Jetforce Compressor supercharged scooter, forced induction has been absent in motorcycles and for good reason.

To be specific, the response offerings included the Yamaha XJ 650 Turbo, Suzuki XN85, and Kawasaki GPZ750 Turbo, in addition to the revamped Honda CX650TD. To go through the painstaking R&D process of packaging a turbocharger into a motorcycle was work enough, meaning each bike was an iteration of an existing chassis. Adding power and weight to a chassis originally engineered without these extras required each company to bolster their bikes to varying degrees.

The Honda was futuristic for its time, equipped with electronic fuel injection, a liquid cooling system, and air-adjustable preload front and rear. Suzuki also attempted a form of radical cooling, using an oil-jet sprayer to augment its natural air cooling, while the air-cooled Kawasaki and Yamaha broiled under the extra heat of a turbocharger. The Kawasaki, Yamaha, and Suzuki were carbureted, adding to an already lagging powerband, according to Motorcycle.com’s head-to-head comparison.

Ultimately, Honda’s extensive research into packaging the turbocharger, with 230 patents filed in the process, and updating the drivetrain accordingly paid off. These bikes were not devout canyon carvers but they did rocket through the quarter miles, with Jay Gleason recording a 10.7 second run on the Kawasaki, according to Motorcycle.com. As sport-tourers—“a Moto Guzzi on acid”—these bikes found their home at highway speeds.

Kevin Cameron, editor of Cycle World since 1991, explained the turbocharged marketing phenomenon well in his 1998 book Sportbike Performance Handbook: “Turbocharging doesn’t really fall within the confines of sportbike technology as I see it, but I know there are lots of people who yearn for the rush of throttle wheelies above 130 miles per hour. Turbocharging is the way to get to them.”

Turbocharging doesn’t exactly fit the mantra that Motorcycle Safety Foundation instructors and Superbike racers preach: smooth is safe, and smooth is speed. And while these bikes were certainly powerful, the GPZ750 Turbo making 113 horsepower in 1983, the power of the bikes was secondary to the idea of these bikes existing in the first place for the sake of competition. In other words, if Honda did it, the other three had to follow—even if the technology present was cumbersome and ineffective.

As enduringly innovative as these bikes are, former Motorcyclist editor Art Friedman said it best: “What we’ve got here are two motorcycles that are no faster, lighter, simpler, or otherwise superior to normally aspirated bikes displacing more and costing less.”