In his 21st win, Elias extends his championship lead at MotoAmerica. 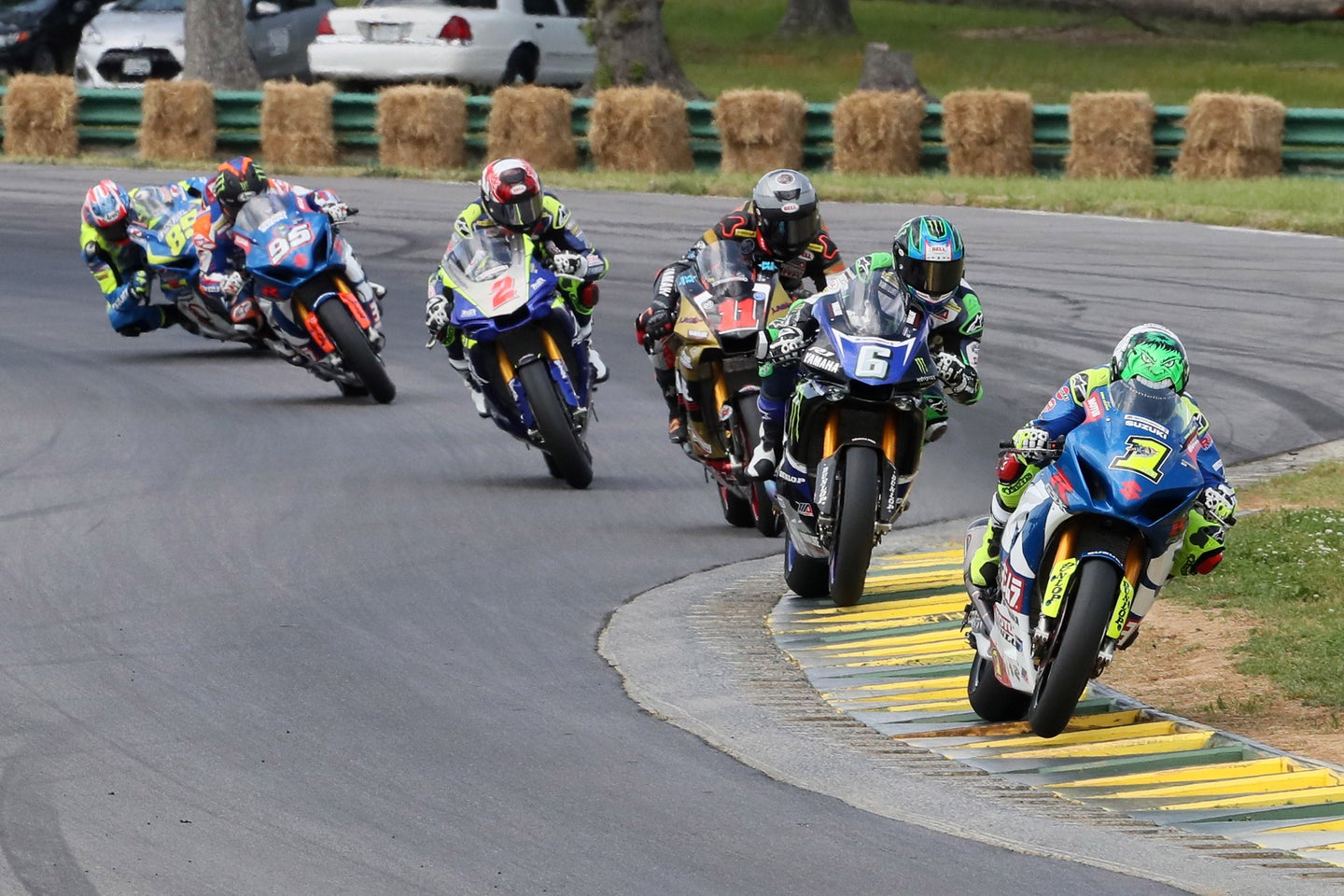 The race was an intense three–way battle down to the last lap, with Elias crossing the finish line on his Yoshimura Suzuki at only 0.546 of a second in front of second-place finisher Cameron Beaubier, of the Monster Energy/Yamalube/Yamaha Factory Racing team. Fishing third was Matthew Scholtz riding for Yamalube/Westby Racing Yamaha. Scholtz is the only other Superbike race winner so far in 2018.

“We did a couple of changes on the bike. Yesterday the bike was a little bit uncomfortable. Today I was more [comfortable] but had less grip. You are never happy with what you ride. I was thinking we were only two riders, but when I looked back and saw more, I thought, ‘Oh my god, it’s not possible.’ So I thought to keep pushing and wait to see what happens at the end. I tried to rest the last three or four laps, and try to make the last lap without any mistakes. Now Road America [The Next event.] is good for us and I like, but Cameron likes too. Today they rode very well and so congratulations to Cameron and Matt,” Elias said after the race.

This was Elias’ 21st Superbike win. He earned 20 wins in fewer races than any other rider in the history of AMA Pro Superbike Racing in America, the series sanctioning body. Elias is now quickly extending that record and is sixth on the all-time AMA Superbike win list.