How To Spot Water Damage on a Flooded Used Car

Flooding, whether caused by hurricanes, severe storms, or other reasons, is the most common natural disaster in America, according to Census.gov. These deluges happen all over the country and affect millions of people by displacing families from their homes and destroying billions of dollars of property, including our cars, trucks, crossovers, and SUVs. And with scientists saying extreme weather events are on the rise, more of us could be dealing with flooding and flood-damaged vehicles than we did a few years ago.

To make matters worse, the damaged goods continue to wreak havoc on the public beyond the time and location of the event through various methods of fraud and deception. One of the most common examples of this ill will is a flood-damaged vehicle listed for sale as a clean used car by the most unscrupulous of individuals.

Vehicle identification number (VIN) history services have greatly helped reduce the likelihood of buyers purchasing flood cars without their knowledge, but evil never rests, and the scammers will always find new ways to scam. Whether that’s lying on a title, forging signatures, or forgoing documentation altogether, grifters will grift.

Here at The Drive, we know how difficult and expensive buying a car, especially a used car, already is. And nobody deserves to be tricked during one of the most important purchases of their lives. We've assembled some tips and tools that will help guard against getting duped. Read our advice below.

First, Ask the Seller, Then Check the Title and Vehicle History

Not all sellers are complete crooks, so if you look ‘em in the eyes and ask for the truth, they might tell you. But we’re cynics, so don’t count on it. If they say the car isn’t a flood car and the title doesn’t have a branded label, your hunt should then begin with a VIN check, which can be completed with services like CarFax and VINCheck.

Check if the car originated from a flood-prone or coastal region, look for significant gaps in the information, keep an eye out for significant repairs, and scrutinize inconsistencies. If you can’t be certain about everything that has happened to the vehicle, you might want to move on to the next car.

While you're at it, a great resource for learning about a vehicle’s history is the National Insurance Crime Bureau Database (NICBD). A free VIN check tool on the website aims, “to assist in determining if a vehicle has been reported as stolen, but not recovered, or has been reported as a salvage vehicle by participating NICB member insurance companies.” Take note, however, that this database is only as good as vehicles that have been involved with insurance, so not all flood cars are in there.

My Area Never Floods, Do I Still Need To Worry About Flood Cars?

Yes, absolutely. Part of the slippery scheme to sell crummy flood cars is dispersing the flood cars away from where they were damaged so the disaster is out of mind of the prospective buyer. These cars are most often moved to nearby states, but they could really end up anywhere. Keep this in mind when searching for used cars, especially if a major flood recently occurred.

Here’s How To Spot Water Damage on a Used Car

These tips offer advice for finding out if a used car has previously been flooded, but none of them are guarantors. It’s possible some of these points of interest could have been caused by something else, so it’s a case-by-case situation.

When there’s water, especially saltwater, getting into parts of your car where it is not designed to go, it’s going to touch metal surfaces that are susceptible to oxidation. That rust might look small at the time, but it will continue to grow and might sprout in places you aren’t aware of or can’t see. Make sure you check these spots for signs of rust from water damage:

Rust won’t be the only thing growing inside your car after some extended time in the drink. If carpeting, carpet mats, fabric seats, or other types of absorbent materials are soaked in flood water before they were rescued, there are likely all sorts of organisms growing inside the cloth and foam. If it’s been long enough, and the sellers aren’t good at hiding the damage, you might see mold growing inside of your vehicle.

Flood water picks up every nasty thing that is usually stuck to your streets and yards, and it swirls it all together like natural disaster jungle juice. That slime then works its way into your car and all over every single surface, combining with all the stuff that’s usually stuck to your carpets, seats, and interior crevices. If the mold isn’t smelling up the joint with its musty mist, there’s something else that might stink.

This is one of the best tips for spotting water damage because it’s a hidden spot that not everyone would clean up or know to check. And if the person flipping the car were lazy about covering up water damage, this might be one of the last places they improve, because they assume the buyer would glaze over it. But you’re smarter than that, and you know that underneath the carpet is where everything collects, so you might find rust, but you also might find dirt and debris that shouldn’t be inside of a vehicle.

This might not work for newer used cars, but in some cases, things looking too good, too perfectly clean, can be a bad thing. It’s not always true, but if you notice certain parts have been completely replaced with something all-new, particularly parts that aren’t part of normal maintenance, you might want to start asking questions. It might be normal wear and tear, it might be an accident, or it might be a water-damaged part that needed replacing.

Everybody knows that electronics do not mix well with water, especially when the two meet up for extended periods of time. When the water washes over and works its way into wires and electrical connectors, they might break, rust, or lose their connections. Dirt and random particles might also work their way into the connectors and cause issues.

Even if you can’t physically find the damaged electrical connections, the car might still display symptoms of the damage done. This will likely show up in the form of things not working properly, things functioning intermittently, or surfacing OBD codes.

Lighting housings are really good at letting liquids in and keeping them in, so they’re often filled with water when a vehicle is flooded. The water inside the lights doesn’t always completely drain out, unlike the rest of the car, and that often means you can still find a little bit of wetness inside the lights when you’re inspecting it. And if it has been drained out, the lights could fog or show condensation long after the water is supposedly gone.

Sometimes it really is this simple: During your inspection, you can see the water line where it was flooded, much like you’d see the high water line on a bridge. These lines can be on carpets, seats, paneling, doors, or any other parts of the vehicle where the water might have done its damage.

Salt dries things out and leaves a white film where it used to lie, so if your car was filled with salt water, you might notice signs of the salt physically showing itself.

Nooks and Crannies Have Accumulated Dirt, Leaves, and Other Debris

Inside the engine compartment, underneath the spare tire in the trunk, and any junctures where the car is put together might accumulate outside trash that doesn’t belong. Things like sticks, leaves, dirt, sand and other street goodies can work their way into a vehicle and hide in areas where the seller might not have thoroughly cleaned.

Don’t tell your parents, but there is such a thing as too much cleaning smell. If the car smells like Pine-sol with a hint of bleach and air fresheners, it clearly means somebody has been doing some major work inside of there. It’s possible the seller simply needed to get out some extreme stains and did the cleaning that was required of a dirty car, but it’s also possible the car had accumulated tainted ocean water that includes every spec of dirt, grime, and oil sitting on the roads. Filth like that needs major cleaning.

Certain parts of a car like the doors have drain plugs that are designed to release water, should it enter that part of the vehicle. These might have been removed or replaced during the restoration process, so check those for any signs they’ve been tampered with.

If the people who restored the vehicle after it was flooded were good at their jobs, then they removed the seats completely to give the interior a full cleaning. Check the bolts for any signs that they’ve been removed, including stripping and dings or marks around the bolts.

After Your Inspection, Take it to a Trusted Mechanic

We know what you’re thinking: Why not take the car to a trusted mechanic straightaway? Because you don’t want to waste your money or anybody’s time. After you do your inspection, if you decide you are seriously considering buying the vehicle, take it to a mechanic to have it professionally inspected. A good one will be able to spot any major red flags, including flood damage.

Flooded vehicles made national news after Hurricanes Harvey and Irma a few years ago. This report further details what to look for and how these cars are sold to unsuspecting customers.

A. Water damage to a vehicle from natural disasters is generally covered under comprehensive insurance, an optional choice. This includes damage from flash floods and/or hurricanes.

A. If water rises into the engine compartment, and subsequently into the cabin of the vehicle, the most vital parts of the vehicle are getting dunked in water, salty water most of the time. Engines and electronics are not designed to handle these conditions, and the car will corrode and fail. That’s an expensive proposition to remedy, and thus, the insurance company will often total a flood-damaged car.

Q. Is it easy to remove mold from carpet?

A. Depending on how bad the mold is, it might be a heck of a job to clean, but hard work and the right products can go a long way. Check out more in our post, How To Fully Remove Mold From Your Car Interior. 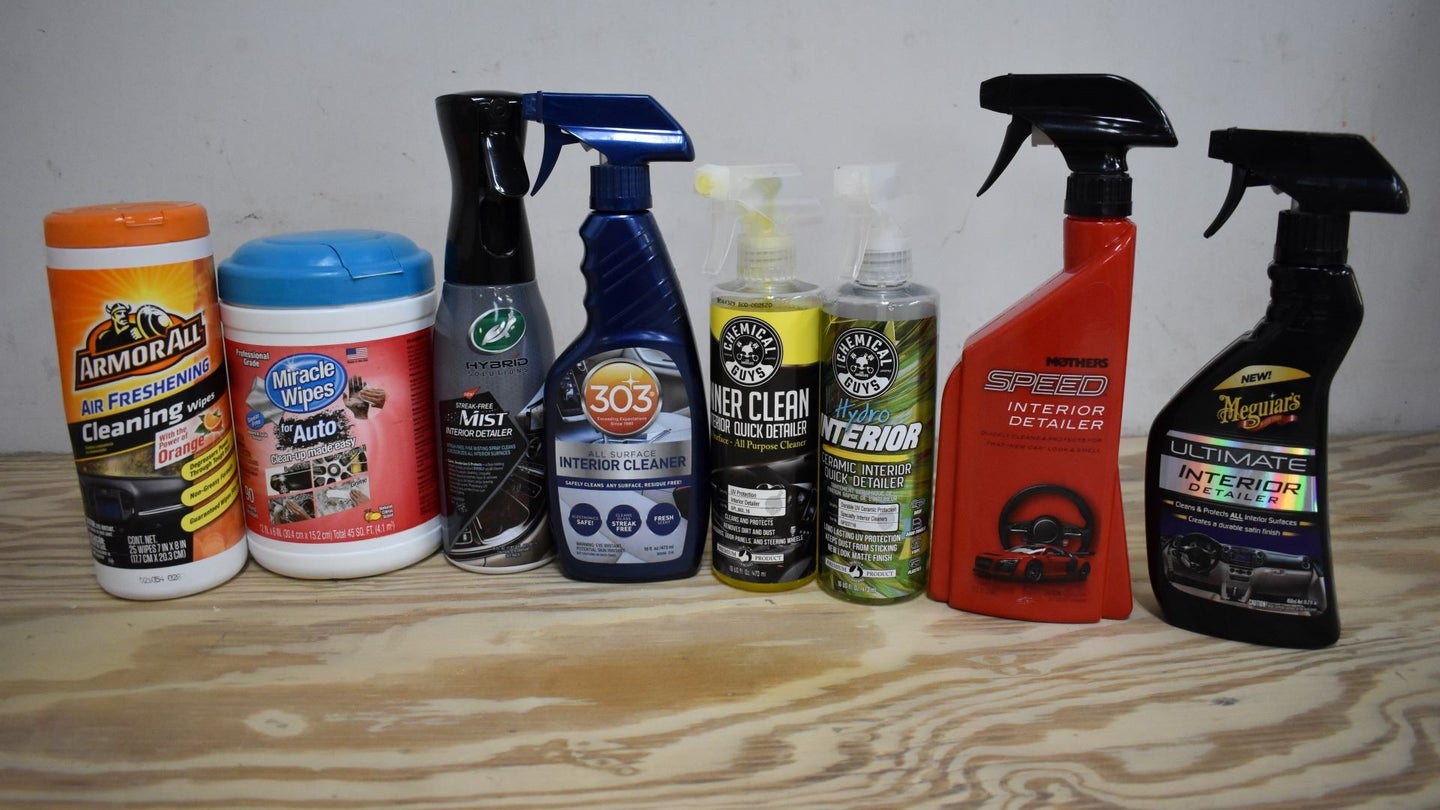 Hands-On Review: We Tried All the Big-Name Car Interior Cleaners to Find the Best

Sprays, wipes, and more — we tested the top contenders. 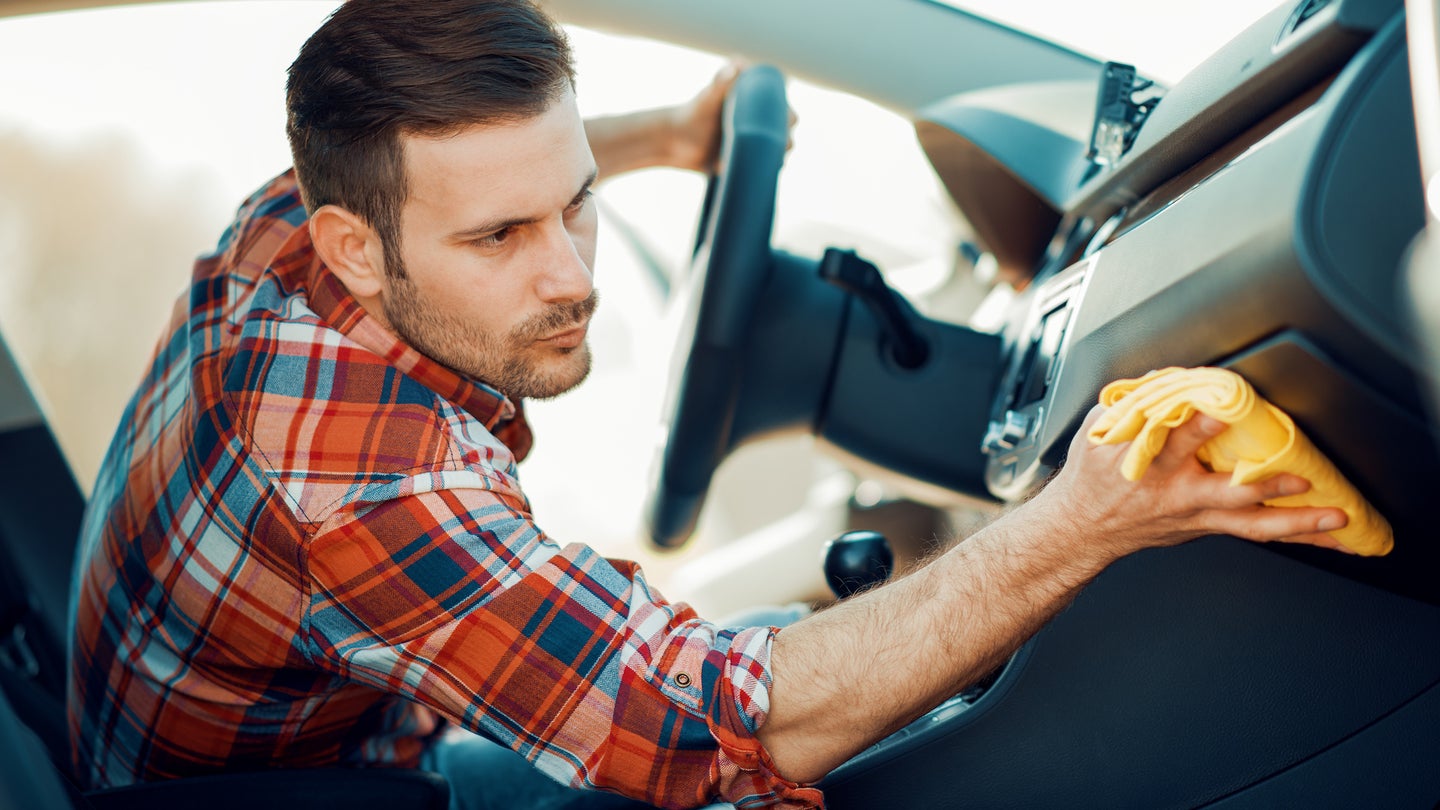 Spring is here—time to refresh your ride, because no one wants to ride in a dirty car. 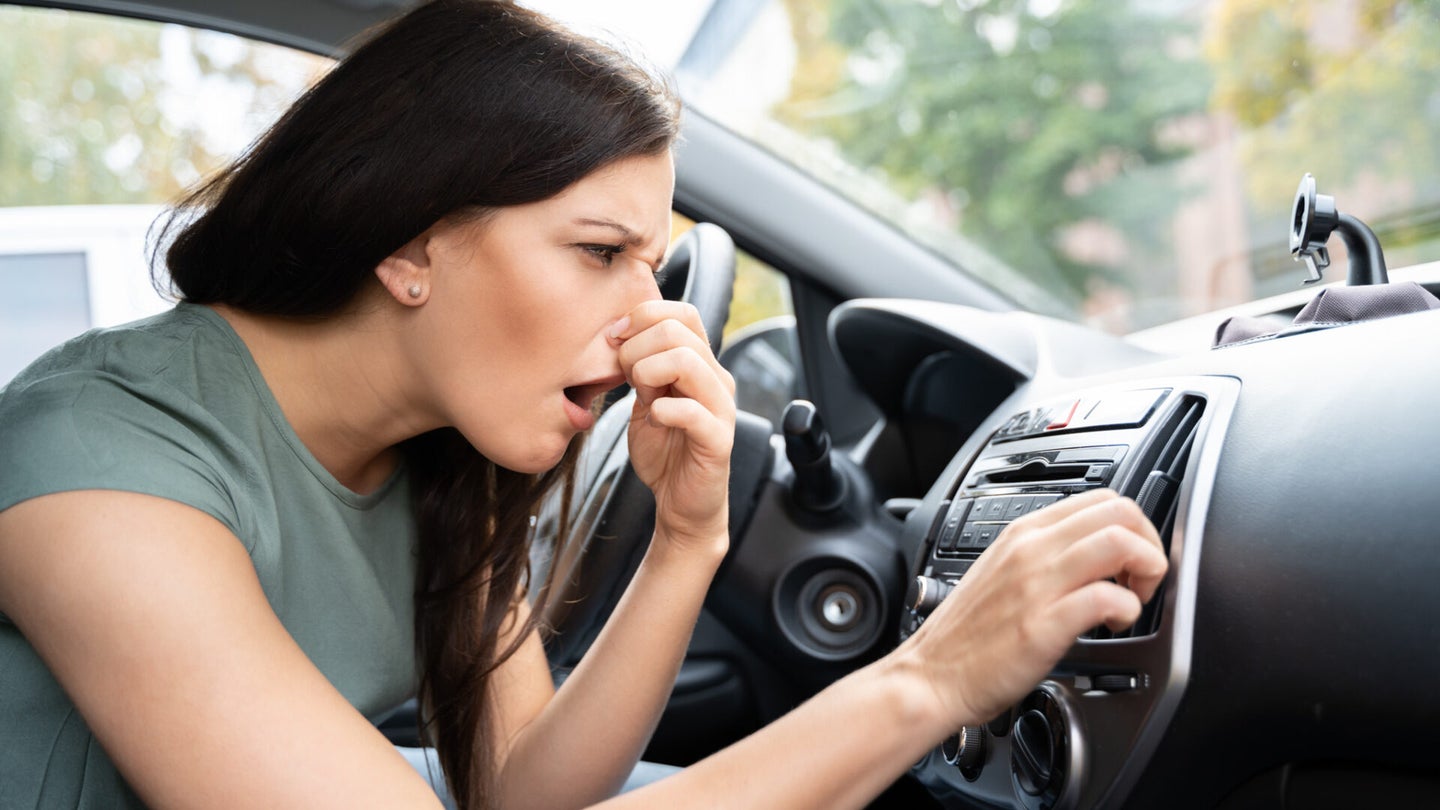 How To Fully Remove Mold From Your Car Interior