They ain’t cheap, but maybe you get what you pay for? Buying a house is a major life event. There are so many considerations, and how a particular home accommodates your vehicles should always be the top priority. OK, that’s not necessarily true, but it’s something we consider.

Before we purchased our home, I loved that we could get one or two cars in the driveway and still had plenty of street parking. More space, more cars, right? What I didn’t like was that there was enough of a slope to the driveway that I had issues getting low-slung cars in and out. I dreaded the inevitable scraaaaaape, a constant fear whenever I had something sporty to test or that I had purchased.

There’s a solution for every problem, though, and our Guides & Gear section is here to seek them out for you, dear reader. The solution for my perilous driveway angle is Bridjit’s Three-Piece Expandable Curb Ramp Set, a pretty popular patch on Amazon. If you Google it, the second suggestion is Bridjit’s curb-ramp alternative, which might have something to do with the ramp’s $400 asking price.

The set is intended for a rolled curb, which I technically don’t have. However, the measurements looked good, so I figured I would give it a shot. Is this an example of getting what you pay for, or is this just an expensive pile of rubber? Let’s get at it.

(Quick programming note: Only the BMW is mine. The Kia K5 GT and Mazda Miata MX-5 are both press loaners. I’m not that baller. My mom says I’m a little baller, though.)

This unboxing is actually the trifecta of unboxings as Bridjit ships their ramps in separate boxes marked “left”, “center,” and “right.” Even I could figure that one out. Special thanks to the UPS driver who dropped the three 50-pound boxes across my front steps.

The middle ramp has a set of .5-inch-by-7.5-inch galvanized bolts that are intended to extend into the side ramps to lock the entire structure together. You may or may not choose to do that, depending on your driveway setup. Since we have a lot of water furiously moving down our street during heavy rains, I figured 150 pounds is harder to move than 50 pounds, so I bolted them together. Bridjit did think of rain, though, as there’s also a handy channel running the length of the ramp to help divert water.

I highly recommend test-fitting the ramp set prior to final placement. After making the kids sweep away all the debris — that’s what they’re here for, right? — I slid each ramp into the spot I expected them to live, just to make sure the width would work.

Thankfully, the set fit just right. It’s 12 feet long, so make sure you measure first to see if your driveway is a candidate for the three-piece set. Bridjit sells extensions, as well, if you need more ramp.

Getting after it with the Bridjit Three-Piece Expandable Curb Ramp

Once I test-fit the ramps, I set about attaching them together with the long bolts. Flipping each piece over individually was pretty easy. Putting the whole thing back in place once they were connected was not so easy.

The musical montage of me having heat stroke — 90 degrees in early May — while trying to lock the curb ramps into place is real. It’s also my fault for a few reasons. First, I couldn’t find the adapter for my impact driver to mount the socket, so I did it the old-fashioned way by hand. It sucked and took forever. Second, I didn’t dress for the warm weather. Finally, I’m out of shape.

Regardless of whether or not you use a power tool, note that you’ll need something to pry the bolt up a bit to get the socket around the head. It felt like it wasn’t moving at all for some time, but it was. After several wrenching positions, I found that they were all miserable, so I made each kid take a turn working on it for a bit. (#parenting)

With all of the bolts finally set, I added the provided nuts, and then it was time to flip it back over. Putting the darn thing in the final position is probably a two-person job, but I figured for the purposes of the review I would do it solo. The curb ramps are the epitome of dead weight, and without a central structure, they start to bend when you lift them. After dead-lifting the center section, I got it to flop into place. Once that’s completed, you shimmy each side to where you want it. Your driveway design will really determine how and where you place it. There are no bolts or openings provided to secure it to the ground, although I’m not sure if you would need to (or be allowed to in some neighborhoods).

Then it was time for the big test: driving over the thing. I’ve never spent so much time working on something just to drive a car over it.

I drove as my eldest filmed. The other kids were bored, and my wife cringed while supervising. I slid our new-to-us BMW M4 slowly onto the ramps, and they didn’t budge. The company’s rep told me that they can rock back and forth a bit at times, but I didn’t experience that. It likely depends on your driveway.

The point is that the ramps are supposed to change the geometry of your driveway enough to keep the front end from scraping, and that’s what they did. No scrape, no pain, no cringe. I know my stock M4 isn’t that low, but we’ve attempted a driveway entry before, and it would usually scrape. Coming in at an angle, a tried-and-true low-car technique, helps as well.

Well, it works. That’s the best part. I was skeptical, but having noticed a set down the street from me, I asked the owner what he thought. He uses them to get his track 997-generation Porsche 911 up to the garage, and it’s low. The Bridjit is a good design, and I like the tapered ends that should help reduce the likelihood of tripping over them. I’m sure my kids will find a way. The water channel underneath was also a smart design feature.

Yes, the bolts were a pain to get on, but it’s a good idea that might help to keep someone from running off with them.

They are fairly environmentally positive as well. Each set is made with recycled crumb rubber from old tires. So, your tires have old tires to drive over. Cool. Bridjit says it has recycled hundreds of thousands of tires over the years, and each 12-foot section uses 12 tires, which is great.

What’s Not about the Bridjit Three-Piece Expandable Curb Ramp

Again, they are very heavy. So, if you plan to move them with any regularity, it’ll be a pain in the butt. Thankfully, they seem to be designed not to have to move them, but if you are on a busy street, they may get run over by something larger than a passenger car. Bridjit claims the ramp is designed to withstand that, but at some point something has to give.

A determined thief or a small team of thieves could also heave this thing into the back of a truck and take off. Then, poof, you’re out $400. So, think about how secure your neighborhood is before pulling the trigger on something that could disappear overnight.

It’s not cheap, and there are tons of competitors with cheaper offerings. There is a company called Pyle that offers a set of two 19-inch ramps for $76. We have yet to test those, but they only weigh 9.9 pounds each and don’t bolt together. So, you also have to wonder with those if you get what you pay for.

Our Verdict on the Bridjit Three-Piece Expandable Curb Ramp Set

Your car is an expensive item, and investing a bit here and there to keep it in tip-top shape is usually a good idea. Looking at the options out there, you can definitely get your car up the driveway cheaper. However, I can say for certain that the Bridjit set is very well made and should last. Plus, it actually works, which is really the point.

They advertise that it’s functional for a variety of curb options, and they show some cool cars traversing the ramp set in their promotional material. Plus, it's made of tires, so it's made to live outside. The Bridjit Three-Piece Expandable Curb Ramp Set isn’t cheap, but you do seem to get what you pay for in this case.

The Bridjit Three-Piece Expandable Curb Ramp Set isn’t cheap, but you do seem to get what you pay for in this case.

Q. How big is each piece?

Q. Will they work on a curved driveway?

A. Supposedly, yes. The bolts don’t have to go all the way in, so you could arrange them with a slight separation to tackle the curve.

Q. Do they come in any other color?

A. Nope, just black. Bridjit says they will weather to a dark grey over time.

Q. Does this come with a warranty?

A. Yes, a five-year manufacturer warranty.

Q. Can you paint it?

The Drive's Gear section is our brand-new baby, and we want it to grow. To give you, our dear readers, clarity on the process, the products arrive from a variety of sources, including those we purchase ourselves and those we receive from manufacturers. No matter the source, we maintain our editorial independence and will always give you our honest assessment of any product we test.

We’re here to be expert guides in everything How To and product related. Use us, compliment us, yell at us. Comment below, and let’s talk, y’all. You can also shout at us on Twitter or Instagram or reach us at guidesandgear@thedrive.com. 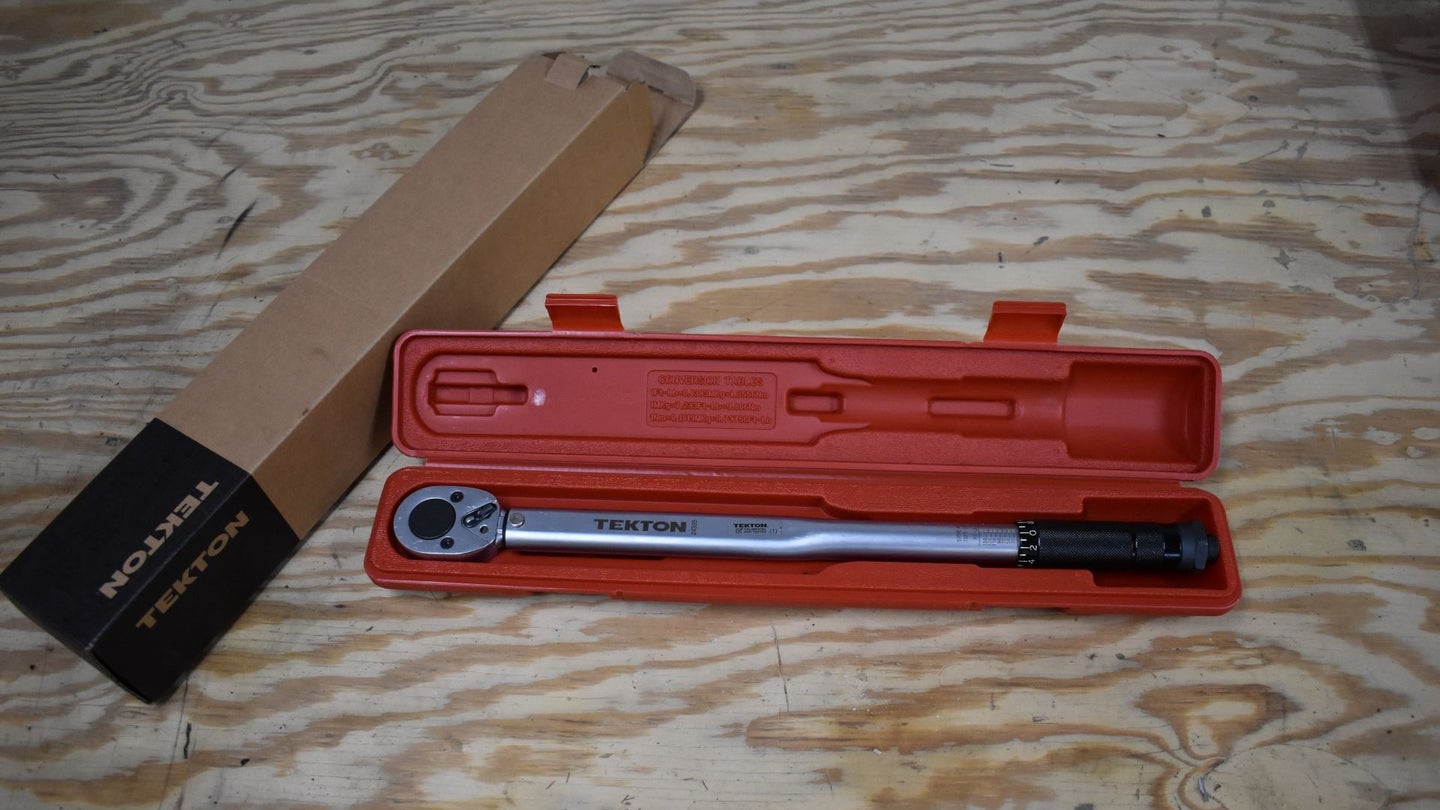 Yes, a Tekton Torque Wrench Can Be Both Cheap and Good 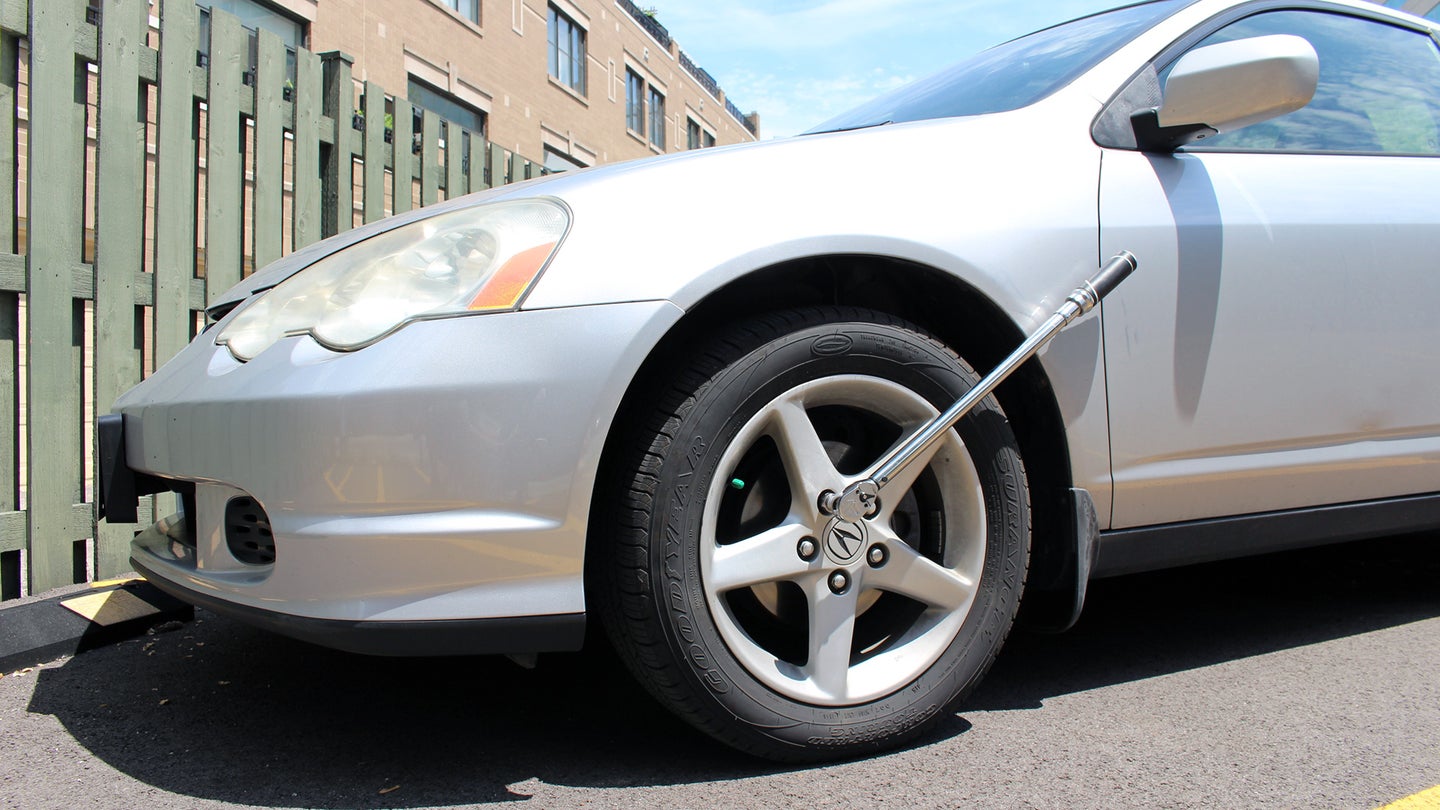 The Husky torque wrench is intuitive and feels strong in hand. 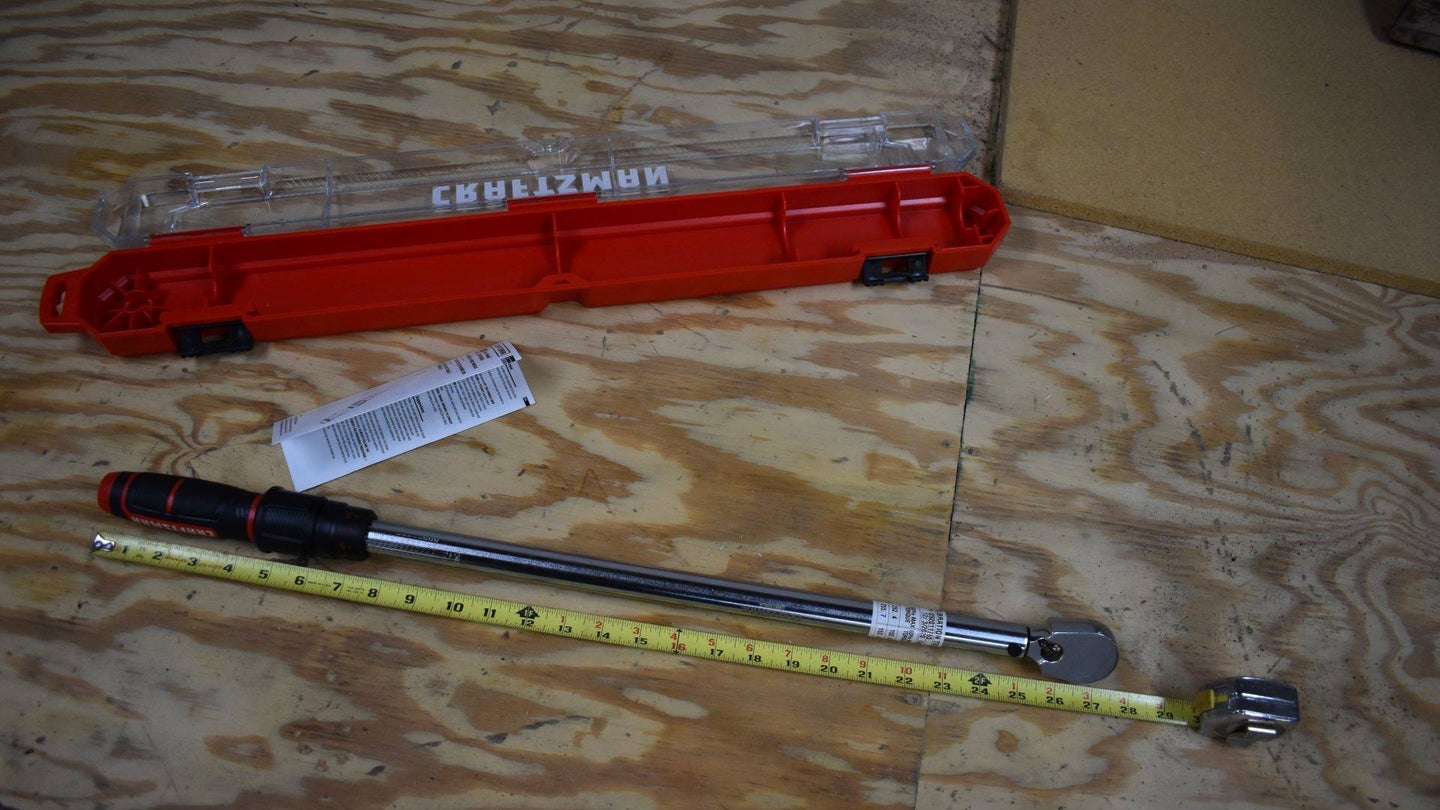