The Peak Performance Radical Liner Is the Ultimate Mid-Layer Jacket

Weighing just 360 grams, it’s a must-pack for your next adventure. 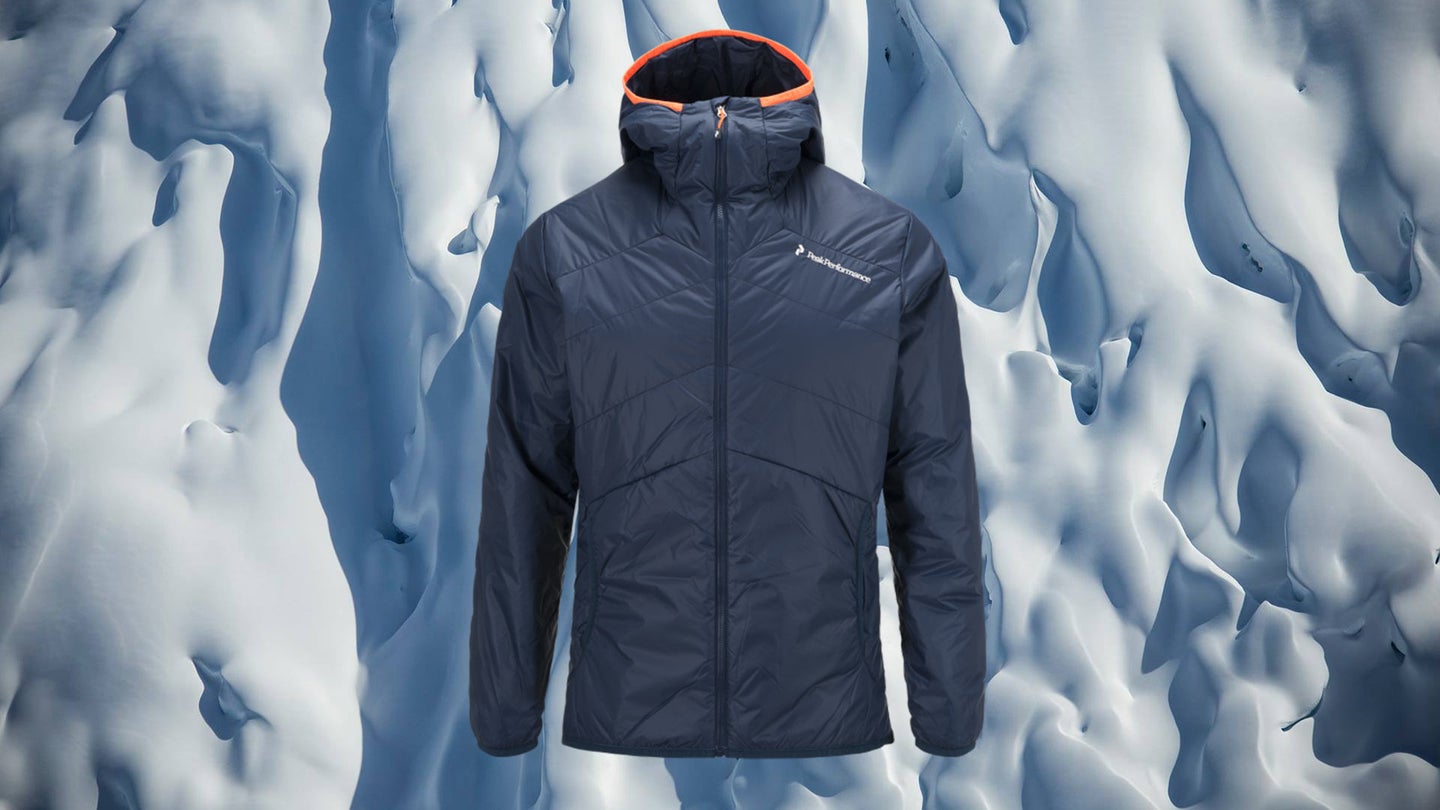 For skiers spending all day outside in varying conditions and temperatures, a versatile isolation/middle layer is key. Recently, I ventured to Utah to hit the slopes and test the Peak Performance Radical Liner Jacket. During the week, temperatures varied from 40F with some sun all the way to a 10F snow storm. Fortunately, this versatile jacket in Mount Blue was designed with competitive freeriders in mind, and beautifully tackled to broad changes in climate.

The Peak Performance Radical Liner Jacket takes on a fitted styling—barely larger in profile than a sweater—and was nearly hidden under my outershell. Although appearance sometimes plays a role in purchasing a jacket, the Peak Performance Radical Liner Jacket's low profile stole the show because it didn’t limit necessary movement while keeping me warm throughout my winter adventure.

Weighing just 360 grams, the Peak Performance Radical Liner Jacket can be stuffed into any daypack as a "just in case" piece, without compromising your pack weight limits or causing any real inconvenience. My trip proved to be the perfect example of that "just in case" scenario; I found myself starting each day without it, but always putting it on after lunch time.

When the warmer months start gracing the mountains, you can elect to wear the Peak Performance Radical Liner Jacket as an outer shell and be perfectly content for the duration of your day—though I would caution getting a ski or a pole too close to the fabric, as it will cut through it fairly easily.

So, not only does it deliver best-in-class performance in the midlayer category, it also gets top marks for functional design and styling. Icing on the cake: this jacket is a stunner and easily makes the transition to sporty streetwear.

The New Volvo Polestars and a Dry-Making Marmot Jacket: The Evening Rush

Spring is sloppy: stay dry in a hot Volvo wagon or a cool raincoat.

It works on your motorcycle. But it’s loved by Hollywood (and The Drive) because it works everywhere else, too.

Match Set: The Jacket and the Car from DRIVE

You don’t need a satin varsity coat and a ’66 GTO, but you probably want ’em.