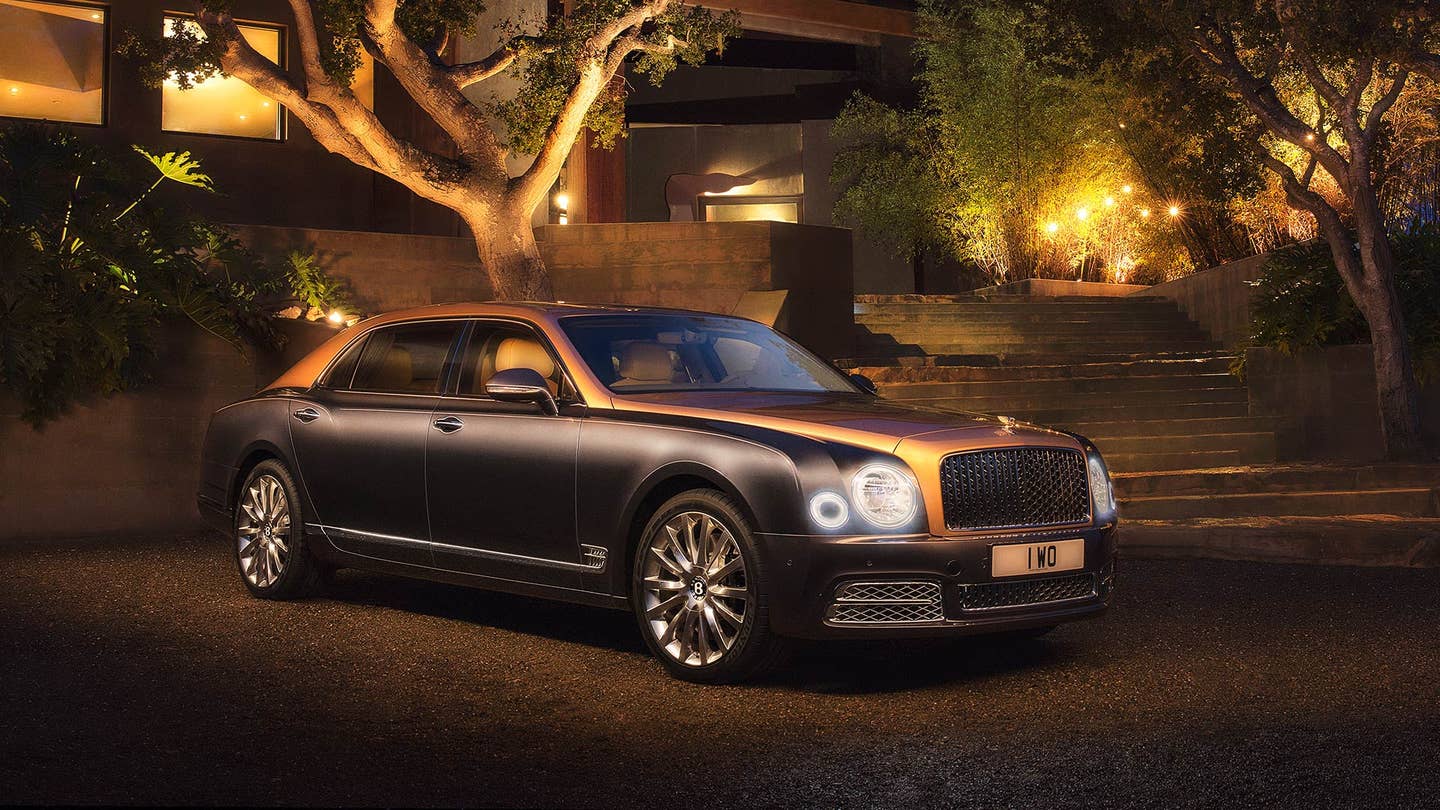 Bentley has released a new lifestyle product, and it's a men's fragrance dubbed Infinite Rush. Come springtime, it'll be available to Crewe supplicants, who are unlikely to make the same extrapolations that I have—namely, that "infinite rush" is just a step away from "perpetual wind," itself only inches from "endless fart." The cologne is part of the roll-out for Bentley's first-ever SUV, the Bentayga, and is described by the brand as "embodying the spirit of the modern adventurer." Is that he who snags a reservation at 11 Madison Park? He who attends Burning Man with the bros? He who books a hotel in Cancun without taking into account the establishment's Hotels.com rating? The modern adventurer: Adventuring hard while wearing an Apple Watch, encased in a cloud of Endless Fart, by Bentley.

The press release continues, in a fury. The top notes are described as "...an explosion of pink peppercorns bursting into sparkling mandarin, encapsulating man's energy." Is that the energy of men, as opposed to women? I have seen feats of lethargy by the coarser sex that make a forgotten jar of Hellman's in a pantry look dynamic. Is it the energy of the human race? One hopes that the coursing power of the world's greatest apes might amount to more than what sounds like half a recipe for a vaguely-Asian vinaigrette. In addition, a "tonic touch of rosemary evokes masculinity." Gendering herbs seems like a waste of time: Madame Parsley slinking past Monsieur Marjoram, himself gazing toward Lady Liverwort. Everyone knows that what rosemary really evokes is roasted chicken. Darling... have you been molesting dinner?

Like a good ship's clock, Infinite Rush bears a firm, wooden base. As Bentley notes, the herbs are "...surrounded by potent wood, which builds the mood: elegant, husky smoked vetiver, and ever chic cedar." This is a family publication, so "potent wood" will go untouched. (I see what you did there—Ed.) But you have to respect the chutzpah behind "ever chic cedar." Cedar is a tree humans chop down and make into little balls that we put in our closets to keep moths from eating our sweaters. Other times, we make it into Adirondack chairs, for putting our butts in when we drink Bloody Marys. To insinuate that cedar has a long-standing, sexy curb appeal is as silly as describing "relentlessly trendy turpentine" or "heinously elegant flat-head screws." Now, willow trees, on the other hand...

Infinite Rush, the scent of choice for daring poultryphiles, will come in a special bottle whose cap recalls the knurled knobs of a Bentley interior and whose varnish, strangely, looks like the cracked surface of the Nevada Desert. Bentley says that no two bottles will be the same, thanks to that strange, parched-looking finish. As it were, this provide thousands of different ways to illustrate the fact that wearers of this cologne will likely be very, very thirsty. Available in April.