This is Protest Art (Seriously) 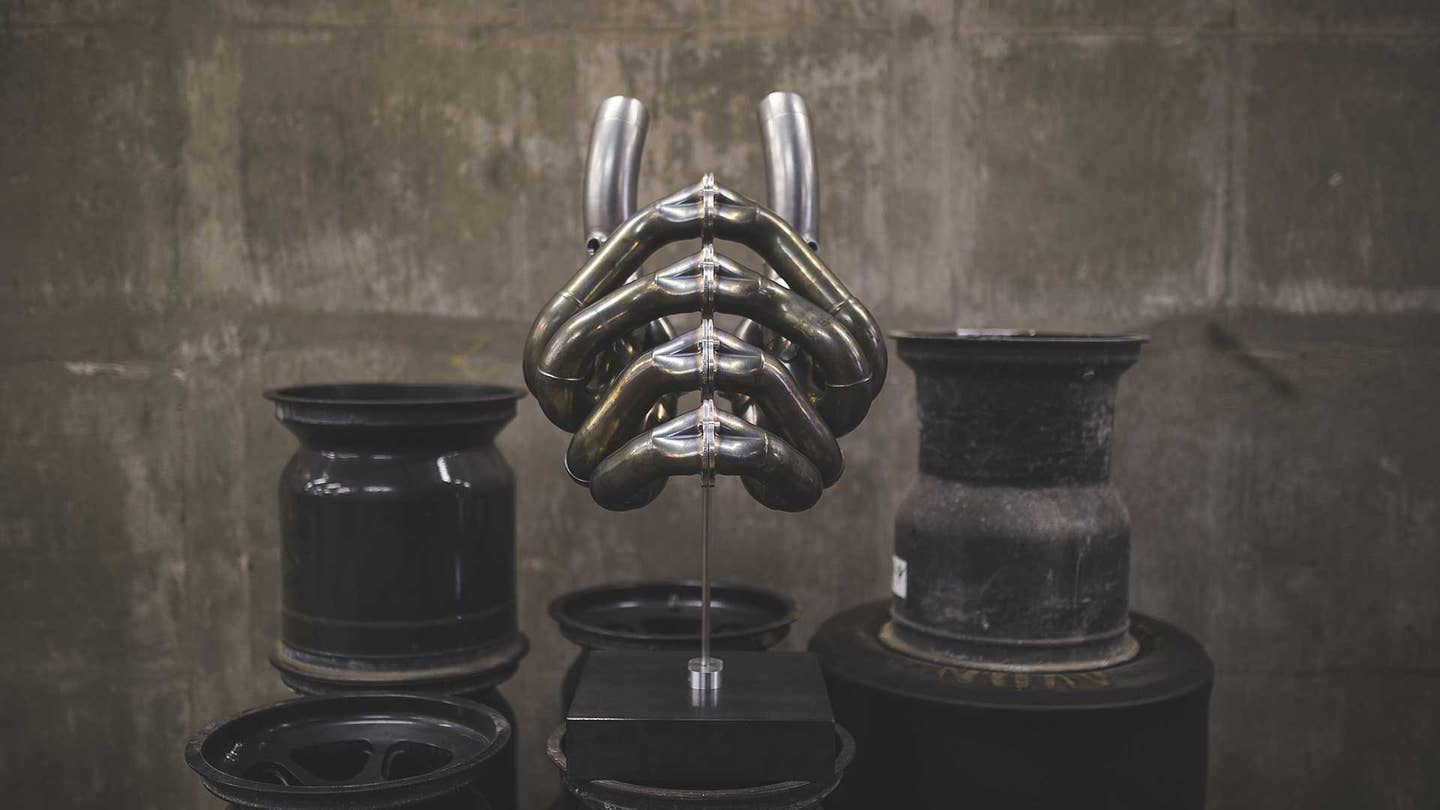 For nearly two years, as Formula 1 race cars have whistled past the flapping ears of affluence, there has been something missing: the barbaric yowp of a V8 engine, replaced by the stifled whine of a turbocharged V6. F1 honcho Bernie Ecclestone has filled the aural void with his inimitable notes of displeasure, muttering that V8s should make a return to the grid for 2016. We’ll believe it when we hear it.

Meanwhile, there’s this: a silent protest rendered in marble and Inconel alloy.

Commissioned through Heritage F1, a Suffolk, England-based shop that will also sell you an ex-F1 race car from the years 1985 through 2014, these sculptures elevate the exhaust hardware from the 2010 Ferrari F1 team cars. If they evoke the plumbing of brash, loud brass instruments, then the subtext is working. Stuck on a marble base, they list for £12,400, or just shy of $20k. A run of 19 is going forward—the count echoing the number of races on the 2010 F1 race calendar.

At roughly a meter tall, they aren’t exactly coffee-table material. They are, however, deeply resonant reminders of what most race fans want for F1. And given each exhaust system was used just once in competition, they are even more unique than their 19-unit run would suggest. They’re one of a kind.