The brand’s biggest seller looks to help Mitsubishi claw its way back and put some real skin in the crossover game. 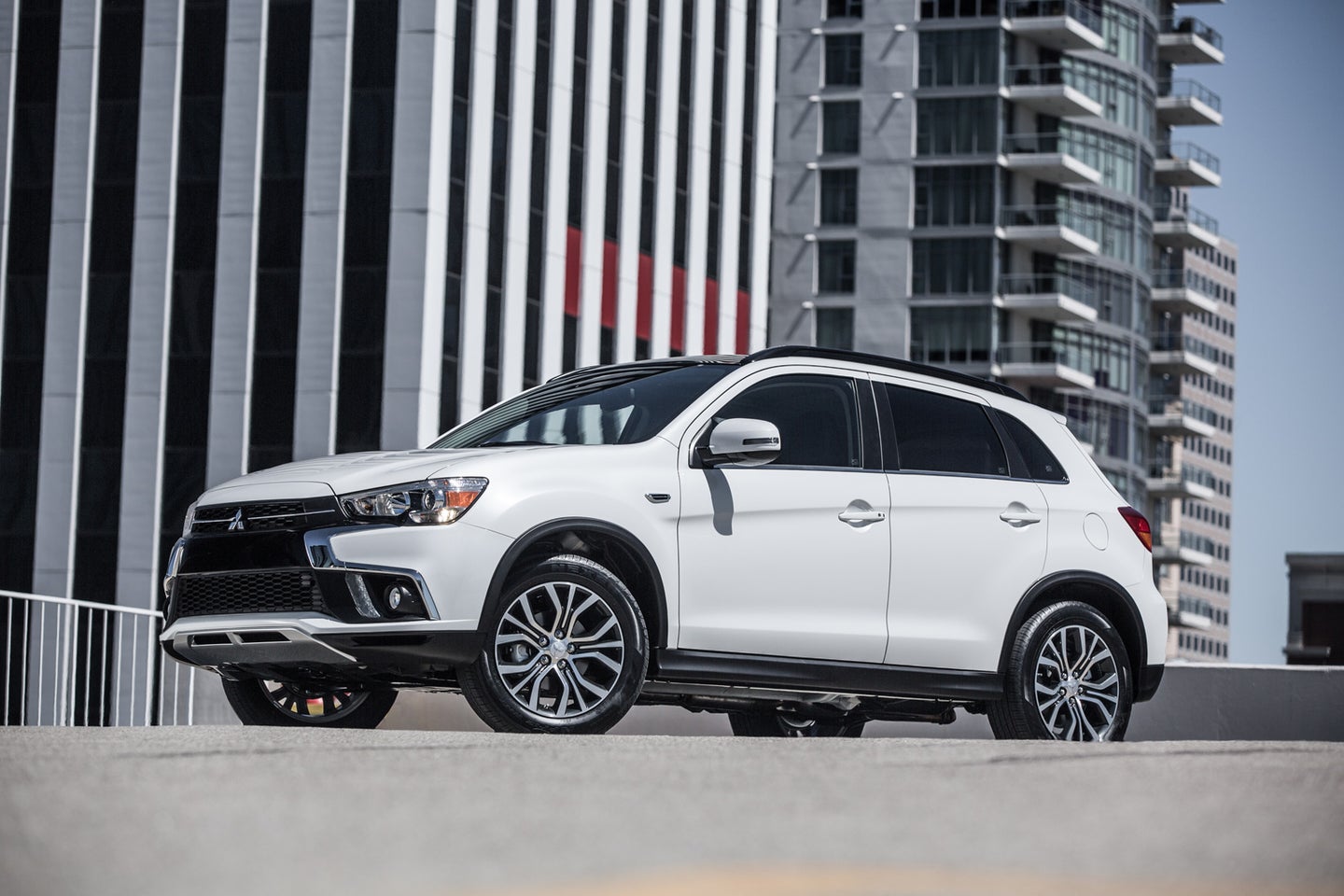 With Mitsubishi teetering back and forth on the brink, their parent company Nissan is looking for ways to put them back on the map. Former Nissan CEO, Carlos Ghosn, has laced up his boots and gone to work on the struggling company to put it in a better position—particularly in the American market. One piece of advice that Mitsubishi has taken to heart is the need for crossovers in their lineup, adding the Eclipse Cross that debuted earlier in the year. Now, they've treated the Outlander Sport to a few upgrades in hopes of improving its image to the rest of the industry.

Notable differences include minor styling changes to the ute's front and rear. The Outlander Sport received a major overhaul last year when it featured a redesigned "Dynamic Shield" front fascia, a trait that carries over this year. A mesh style grill replaces the horizontal vanes found on the current model, updating it ever so slightly for a subtle visual tweak. Out back, the rear bumper has been reshaped to a chunky bit of kit with an insert that resembles a diffuser, adding to the crossover's sporty look.

Interior amenities are perhaps the biggest addition to the 2018 model. Upper level trims like the SEL now feature a 7.0-inch digital infotainment display with Apple Car Play and Android Auto, making the cabin a more comfy place to be. With accessibility to your favorite features, Smartphone Link offers more convenience in the Outlander Sport than before.

A newly added Touring package introduces a host of active safety features including automated emergency braking, forward-collision warning, lane-departure warning, automatic high-beams, and a rearview camera. These all combine to help the Mitsu compete with other models in the segment, like the Honda HR-V, that have had this type of tech for some time.

Powertrain options are the same as last year with a 2.0L I4 standard engine, as well as an optional 2.4L. These aren't the best that the brand to offer, since they also have a 1.5L turbo motor that will be used in the Eclipse Cross, a choice we hope to see in the Outlander Sport sometime soon.

Pricing is yet to be announced, but expect to see the 2018 model in showrooms this fall with a starting price of around $21,000.

The brand’s newest crossover will debut at Geneva.

The company’s resurgence starts with this refreshed CUV.