Too busy posting on the 'Gram? 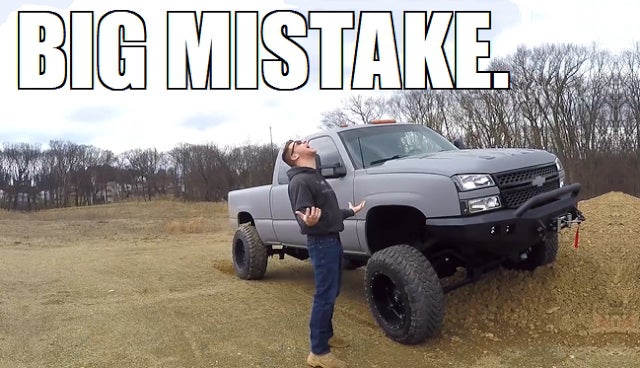 There are hundreds of self-proclaimed car vloggers on YouTube and unfortunately, only a small handful of them actually know what they're talking about. YouTube has created a platform for self-proclaimed car guys to dump footage on the internet and somehow amass considerable followings. It's mind-boggling.

I began this post as a list of the "Top Truck Vloggers on YouTube." After searching around for about an hour, I concluded there aren't many. Yes, there are plenty of Overland and off-road vloggers and that would probably be a good list for another day. But there doesn't seem to be many truck guys vlogging their experiences and I think there's a legitimate void there. Gary Vaynerchuck calls that the "whitespace" and as we all know, there isn't much of it left on social media.

So why aren't more guys with the amazing trucks we see everyday on Instagram picking up a DSLR or GoPro and recording their time behind the wheel? I've boiled it down to only one feasible explanation: money. With car vloggers, they're either going to be on one end of the spectrum or another. They're either super rich like Salomondrin, who showcases his multi-million dollar collection or underdogs like TJ Hunt who began by wrenching on Subarus. So perhaps the guys who can afford nice trucks are too busy actually working to pay for their trucks instead of walking around with a camera all day? That's the only theory I've come up with. Or perhaps fame on Instagram is enough for them and they're simply not interested in monetizing? Know of some truck vloggers that deserve some shine? Leave a comment below!

For fun, here's a not-so-entertaining example of the current state of truck vlogging on YouTube via Street Speed 717.