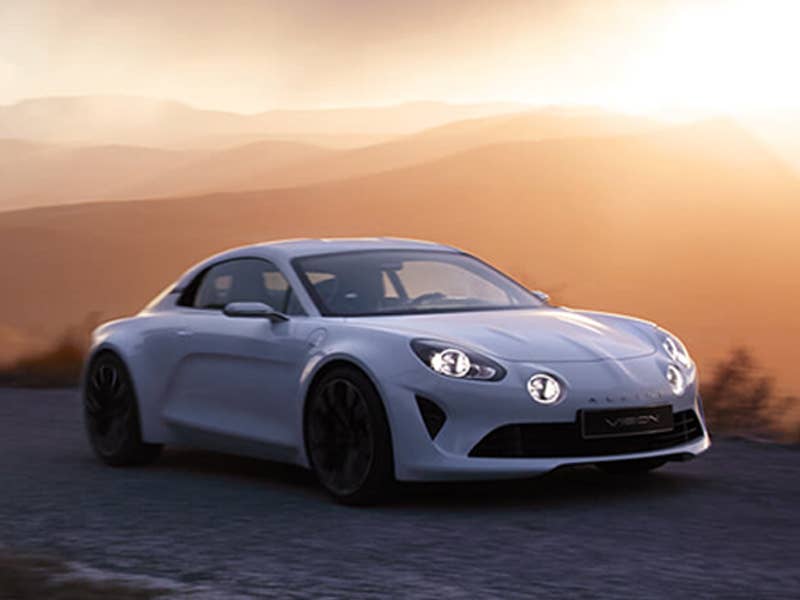 Renault has been dropping clues about their new Alpine model for the last several months, still leaving a lot to guess about for those of us who are so anxious for its release. Concepts have been shown and small details have been leaked, but the exacts of the new French sports car are still uncertain to us. The manufacturer recently released a short video teaser on the Vision concept car, stoking the fire for its full release later on.

So far, we only know a little bit about the next Alpine sports car. It will be built upon a mid-engined architecture, differing from the rear-placement of the engine its spiritual predecessor, the A110. Besides that, it should stay true to the lightweight formula that worked so well for the A110, a car that won two Rallye Monte Carlo races consecutively.

The Renault should be in the same class as the Porsche 718 Cayman S. We expect the Alpine to sport a similar turbocharged four cylinder that provides plenty of low-end oomph, launching it out of one corner and into the next. 250 HP seems to be the power output for the time being. Thankfully, rear wheel drive will make it into the formula as well. Renault did state that the car should be 660 pounds lighter than the Cayman S, making for a real competitor to the Porsche. The real magic will be in reigniting that vintage feel of old Alpine models, much like the Germans have done with the 718 in relation to the original Spyder.

Despite not having fully revealed the car to the public, Alpine is now taking orders for the future model. The “Premiere Edition” will only be produced in a limited run of 1,995, adding some more exclusivity to the overall package. Will there be enough buyers to support continued production of the Alpine? We won’t know until we see it for ourselves. It’s certainly a niche market, especially for a car that is slated to perform as well as an already established sports car.