This Kia is Ready For Ski School 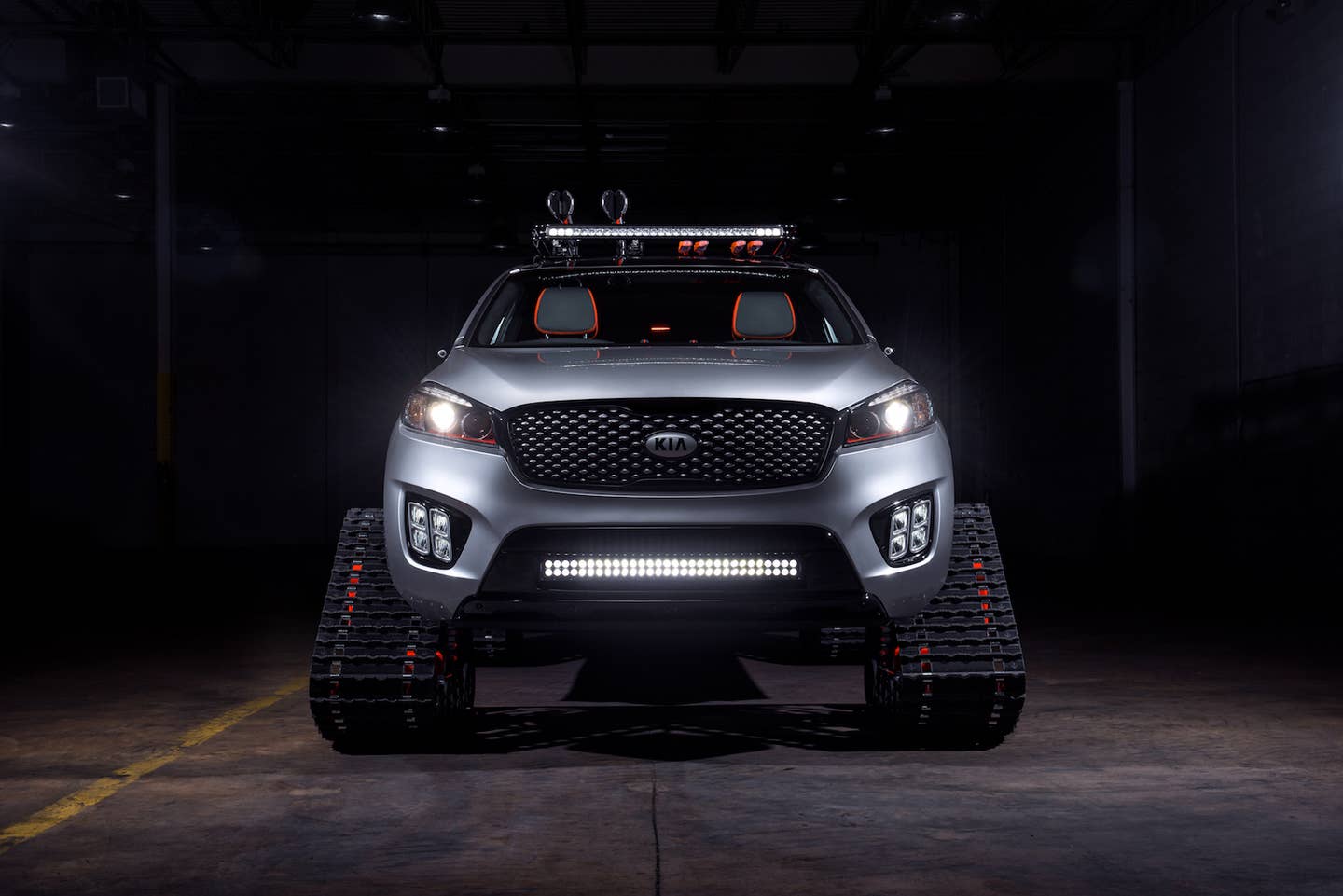 Every year, the annual SEMA show in Las Vegas tends to bring out the crazy in car builders and manufacturers alike and 2016 was no exception. Kia Motors, a company that has delivered its fair share of exotic, custom concept cars to the SEMA show in years past, showed up with five outrageous concepts that absolutely raised a few eyebrows.

The vehicle that caught the most attention from the pack with its tank-like, snow-ready tracks was the Kia Sorento Gondola concept built by New Jersey customization shop, LUX Motorwerks. The all-terrain Sorento is ready for fresh powder with the help of a Dominator track system from American Track Truck. The suspension remained unchanged and minor body modifications were made to accommodate for the tracks. No performance modifications were needed with the notion that the Sorento’s 290 hp V6 and AWD system will be enough to propel the vehicle up the slopes.

Suicide rear doors expose the posh interior featuring black and orange leather and floors coated in Line-X. The Sorento has a custom roof rack for all your snow gear and features a plethora of LED lighting to assist you in navigating the mountains at night.

Even though the Sorento Gondola concept looks like it would be a lot of fun behind the wheel, Kia presented all five of their SEMA concepts as autonomous vehicles. Hopefully they accounted for pine trees, radical snowboarders and a black diamond or two.

Check out the behind-the-scenes video from the official photo shoot with photographer, Andrew Link!