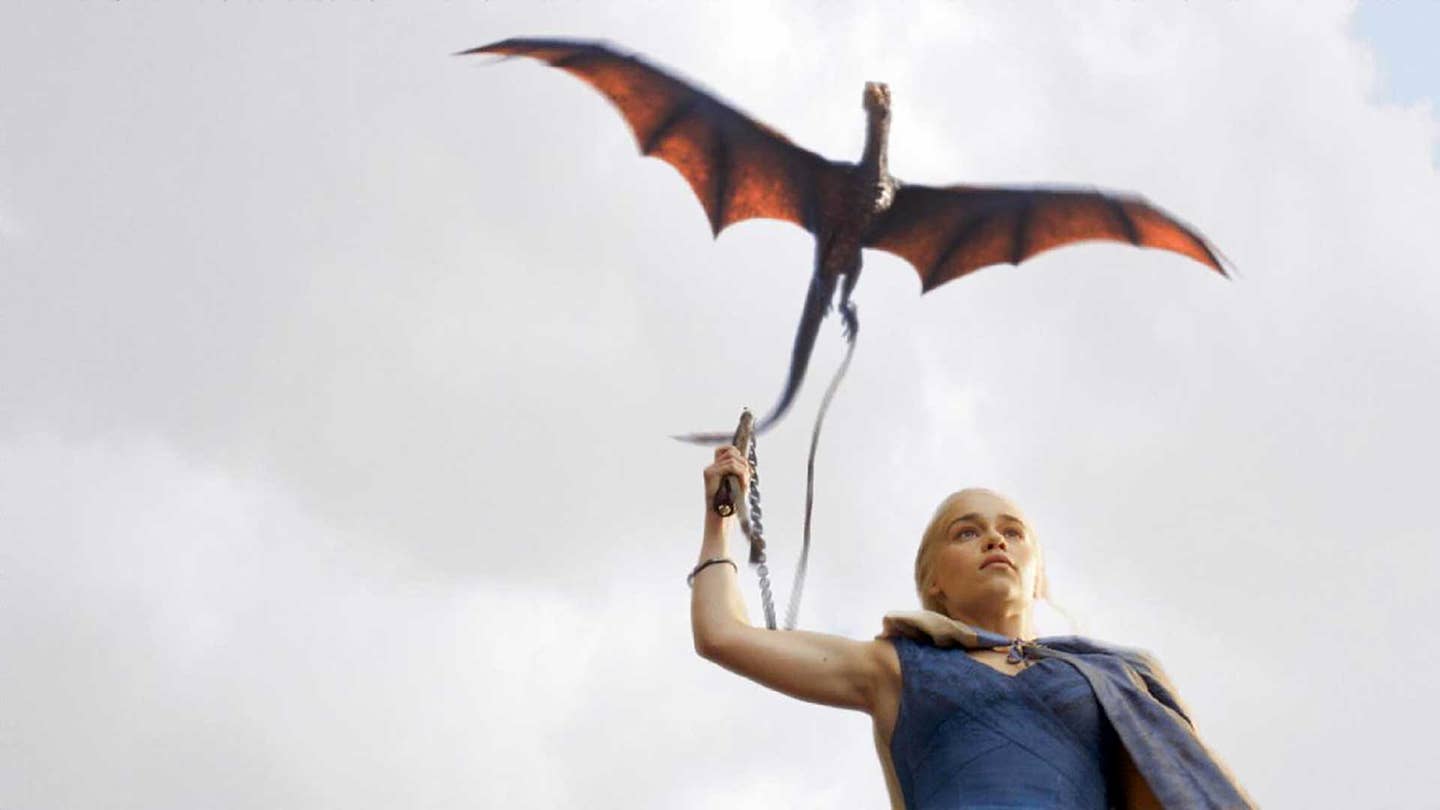 A friend recently informed me that Game of Thrones is not just the name for “musical chairs” on Park Avenue.

It is, rather, a television program mostly about dragons and nipples, based on a series of novels written by George R. R. Martin. It stars Peter Dinklage, my seventh-favorite Bennington College alumnus (after Donna Tartt, Judith Butler, Alan Arkin, Carol Channing, Michael Pollan and Ralph Ulswang, the latter being the official photographer for the Clinton Administration), and is filmed mostly in Belfast, my third-favorite Irish city. The entire roster of familial murders—patricide, matricide, fratricide, sororicide and filicide—is included in the show.

Still, not being much for fantasy, I’ve steered clear. Blame it on being an Every Time You Point, I See a Penis brand of Feminist, but all the swashbuckling, sword-waving and ass-waggling reads a little rich. Meanwhile, baby-stabbing seems unsavory, marching is eye-crossingly dull and eunuchs give me daymares.

Yet for an inveterate car lover, there are things to like. A quick survey of bootleg clips on YouTube gave me a way in: the boats, horses and, sometimes, dragons. They’re downright charming means of transportation, but they all could use a trip to the aftermarket. We have a few suggestions.

At the end of season five, there was a mighty bloodbath around a high-cheeked, flaxen-haired princess. An As Good As It Gets-era Jack Nicholson lookalike withdraws a spear from one man and throws it through another man wearing a golden, horned mask; everyone begins slicing throats.

Then a dragon appears, and ignites a dozen men. The princess has a moment with the beast, climbs aboard and flies away. All we could think: Though a dragon is arguably already upholstered, would some Connolly hide have been out of place? Would it have killed the illustrators to affix a swatch of carbon fiber to the dragon’s tail, a cushion or two to its back? It seems uncivilized for a princess to cling to a bloody spine.

A viking funeral is so elegant. Nothing says “goodbye forever” like annihilation by fire. In the third episode of season three, an old-looking dead man is given such treatment in a little boat. I have a couple of obvious concerns. First, the death boat is straw—the color of patio furniture and butternut squash, not eternal rest. Black would be more appropriate. And wouldn’t just a bit of horsepower, say, a pair of Evinrudes, speed the deceased more quickly into the cold arms of the Grim Reaper? For a show so quickly cut, that funeral scene really does drag.

In the third episode of season four, there is a kind of “Canadian Joust”—one man rides a horse, the other opposes him on foot. The horse is wonderful. Trimmed in yellow leather over an off-white hide, it’s reminiscent of an early Seventies Mercedes-Benz 280SE convertible: powerful, elegant, luxuriously outfitted. Ultimately, the horse receives a dagger to the face, a fate no 280SE should suffer, especially one of the rare, low-grill models.

It’s a fun scene, with everything audiences love: a chest-thumping warrior, his penis, the bastard son of a whore, his two swords. As the horse speeds towards the aforementioned bastard, it takes on the energy of a race car—fantastic.

Slap some chrome on the hooves, and I’ll be back for season six.