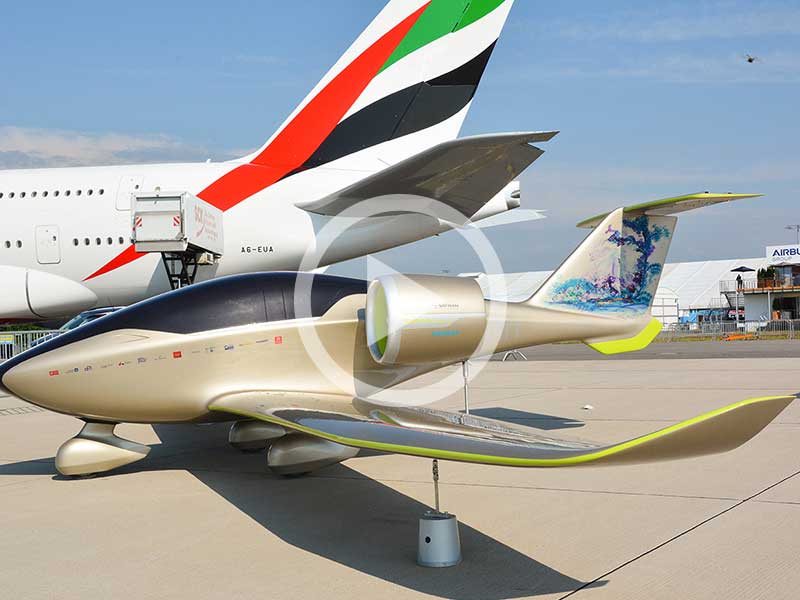 Hey there. Will Sabel Courtney here for Drive Wire on October 24th, 2016.

Today on Drive Wire: Airbus has revealed a prototype for a single-seat autonomous flying car that could serve as an airborne Uber.

The project, which was quietly posted last month on the online publishing platform Medium, is known as Vahana. It was created by Airbus’s advanced projects and partnership group based out of Silicon Valley.

Vahana is designed to carry a single human being, but it can also be used to ferry cargo through the skies. The company’s blog post claims the flying vehicle will be able to take off and land without a runway, and is intended to be the first passenger aircraft that is certified to fly without a pilot.

And while many flying car projects never get off the ground—literally or figuratively—Airbus appears to have every intention of making Vahana a reality. The company’s post says it intends to have a full-sized prototype flying by the end of next year, with a production-spec version ready by 2020.

That’s it for Drive Wire on October 24th, 2016. I’m Will Sabel Courtney; thanks for watching, and please check out The Drive for more on the big stories from the transportation world.

Drive Wire for October 20, 2016: All New Teslas Will Come With Self-Driving Tech

The next step towards fully-autonomous electric cars from the Silicon Valley automaker.

Drive Wire for October 19, 2016: The Audi R8 Could Die Due to Dieselgate-Related Cuts

Along with one of Audi’s most widely-used vehicle platforms.

But the company would like to know a little about you before it sells you one.