Ford’s massive recall, a jet-inspired Escalade, a beefier Mini, a grill in a trash can, and wheelchair flips. 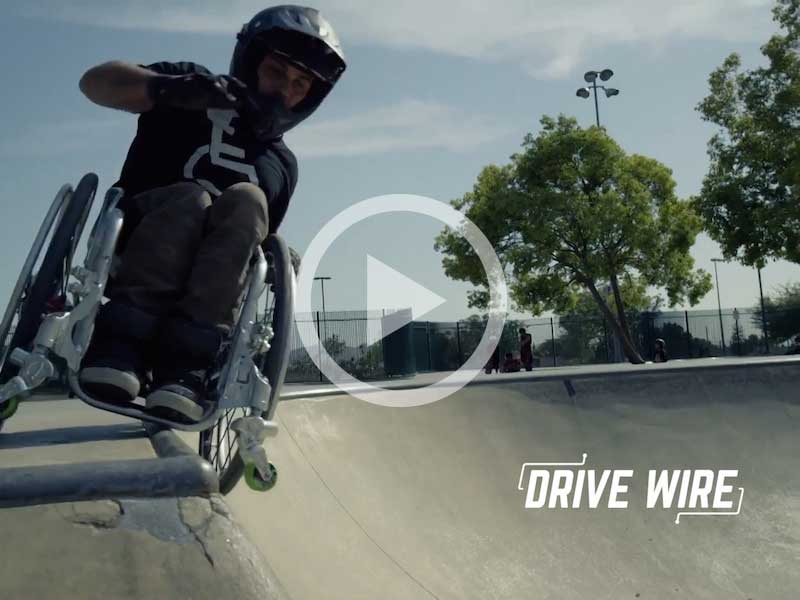 Hey guys, it’s Marisa Hunter and this is Drive Wire for Friday, April 29.

Although Ford just had a record-breaking quarter, a massive recall is darkening their doors. Ford is recalling some 300,000 vehicles in North America for a number of issues ranging from widespread transmission problems to a handful of poorly welded seats. The big one, which covers about 200,000 models of the 2012 expedition, Mustang, Lincoln Navigator, and 2011 and 2012 F-150, is an automatic transmission problem. Ford says a bad sensor can cause sudden downshifts to first gear, which could be disastrous at higher speeds. The other recalls include bad suspension mounts on 2014 and 2015 Explorers and bad tires on a few thousand 2015 Super Duty pickups. Some wide ranging stuff, but we’re glad Ford is diving into this one. Owner notifications will begin shortly.

In the land of the uber-wealthy, aftermarket limo maker Lexani has debuted a piano-inspired Escalade that’s meant to evoke the spirit of air travel. The flying piano themed car is called the Escalade Sky Captain, which is great all by itself, and they’re so proud of the interior, which is, um, utterly striking in black, white, and gold, that they didn’t release any pictures of the outside of the car. Passengers will have heated massaging seats, a 48-inch curved-screen TV, and gold-edged stowaway tray tables, just like private jet owners. A bulletproofing option is also available, because seriously, what use is an airborne piano that crumples under small-arms fire? Pricing has yet to be announced, but we’re sure embattled Billy-Joel-loving customers are already blowing up Lexani’s phone.

One of the biggest Minis looks like it’s going to get some help in the speed department. We have spy shots of what looks to be a John-Cooperworks version of the Mini Countryman. Beefier wheels, tires, and brakes are on display in these swirly-paint shots, as well as a tougher-looking front bumper. We expect the sportier Countryman to use Mini’s more aggressive 228-horse turbo four engine. The JCW Countryman should debut later his year, with a hotter Clubman to follow right afterwards.

Turning to gear, we have perhaps the most appropriate-looking grill imaginable for a certain kind of contemporary American cooking. The Po-man charcoal grill is a grill in a trash can that we have absolutely no problem with. The builder says it outperforms other, fancier grills, and it that works with beautifully with charcoal to slow cook your favorite meats. And if you screw up your BBQ feast, it’s already in the trash can, so you got that going for you.

Today’s ridiculous video is really more inspiring than ridiculous. Check out Aaron “Wheelz’ Fotheringham, a wheelchair motocross performer from Las Vegas who, let’s just say, doesn’t exactly live in fear. Treating his wheelchair like a BMX bike, Aaron grabs air on some awesome ramps and deep bowls. If you get anything out of this video, it’s that it’s not to let a disability hold you back.