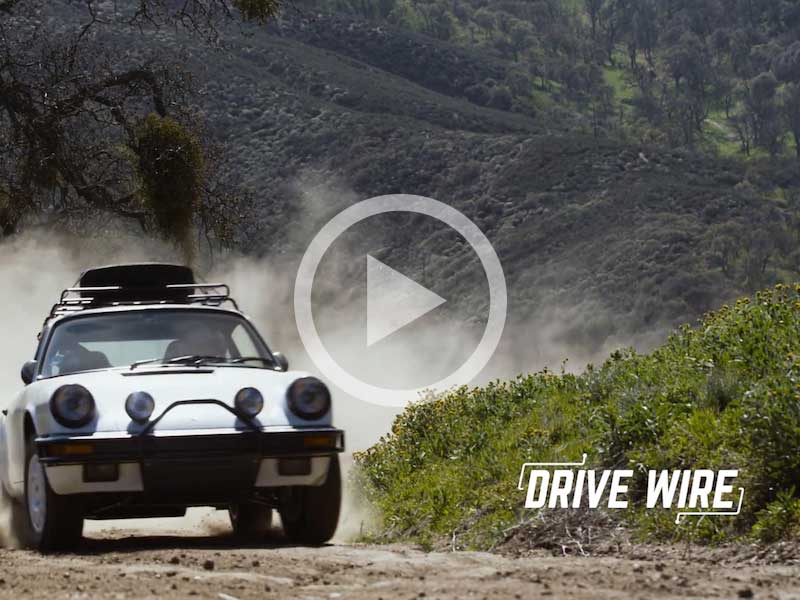 Hey guys, it’s Christina Thompson and this is Drive Wire for Wednesday, April 6.

We start out with new spy shots of America’s most popular truck, the Ford F-150. Now that much of the camo has been stripped, you can see minor cosmetic changes to the front end. There’s a little action going on behind the front wheels, where vents might make an appearance. But we’re most excited about something that can’t be seen. Rumors hint that Ford might use Land Rover’s 253 horsepower Diesel V6 for the next edition of F-150s. Combine that with the ten-speed auto transmission they already have, and that’s a very efficient truck that still packs more than 440 foot pounds of torque. Good grunty stuff on the horizon, new headlights or not.

There’s a new Bentley Continental Speed GT and of course it’s the fastest Bentley ever at 206 miles per hour. It’s actually just a smidge more powerful than the old model, with its Twin Turbo W-12 engine making 633 horsepower and 620 foot-pounds of torque. To celebrate, Bentley will also be offering a new “Black” edition, which will come in any color you like, but with black trim and wheels. We’re getting an all-new Continental GT for 2018, so this is a very nice farewell for the model we’ve come to know and love.

Porsche racer Patrick Long is showing his love for cancer victims by giving them the proceeds from the auction of his amazing Rally 911. The car started life as an ‘85 Carerra, but Long and a dream team of fabricators built it into a tastefully understated rally-capable monster. The car goes under the gavel on April 10th and is valued at about $150,000. Since this is a charity auction, expect it to bring somewhat more for the Autumn Leaves Foundation for pancreatic cancer research. Worth every penny, for so many reasons.

For today’s gear, we have the brightest, most no-nonsense flashlight we’ve ever seen. That may be a bit misleading – the Repulsor is actually more like a belt-mounted headlight system. It’s not small at three pounds, but it puts out more than 7,900 lumens for about an hour and a half. Check out the Repulsor on Kickstarter now and make nightime optional in your general vicinity.

In today’s ridiculous video, we have Vaughn Gitten in his 900 horsepower Mustang RTR, which evidently cannot be made to point its nose forward. Luckily, driving sideways is fine with Vaughn, and hell, with us too. Keep slaying tires, Vaughn.