Some Trips Are Only About the Destination

Get there. Then, get out and walk. 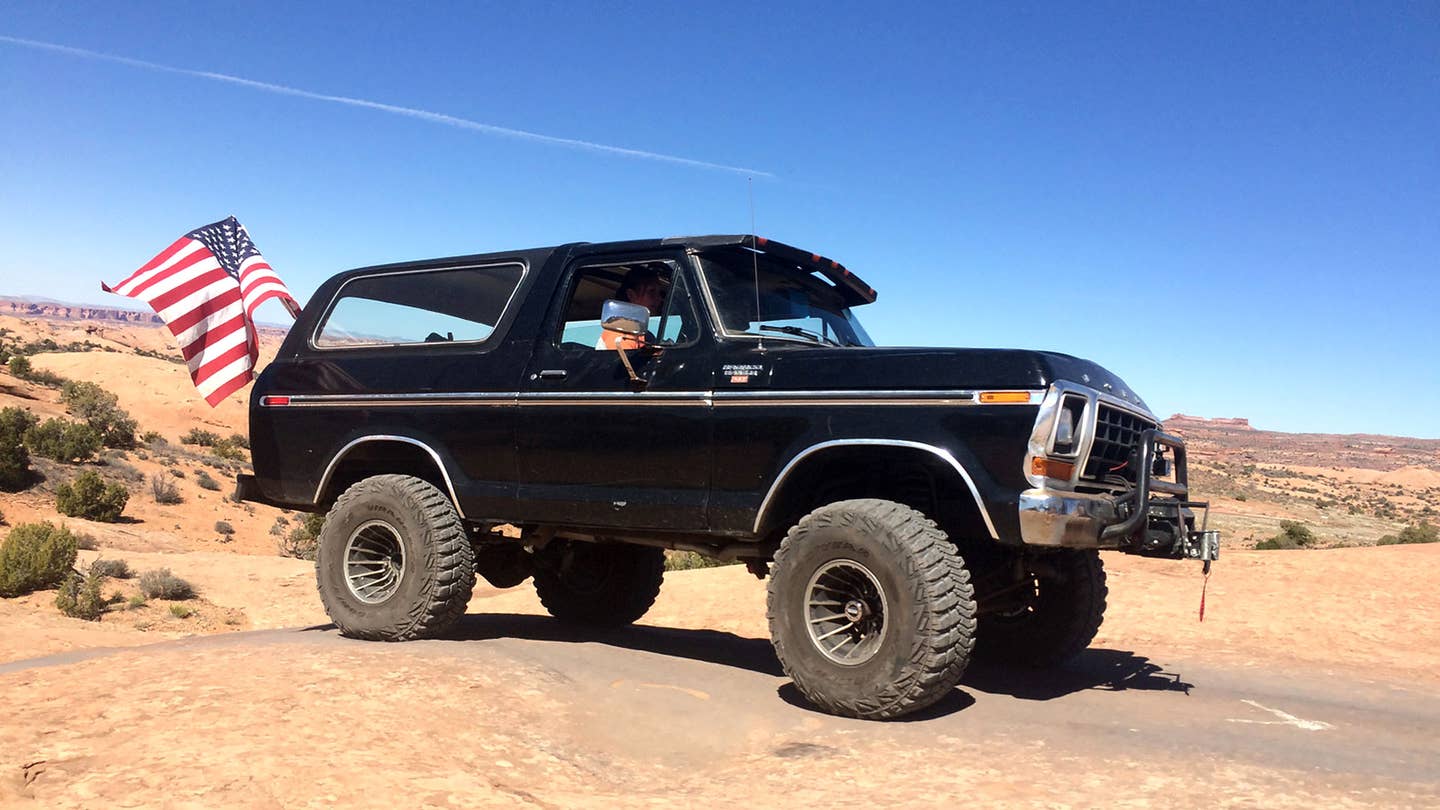 Allow me to explain myself. Let's say you go on a fabulous road trip, off the interstate highways and through many wonderful, curious little towns. Do you get out and walk around? Probably, if only to enjoy a unique greasy spoon diner or see the world's largest ball of yarn. But let's say you're on your way to someplace like Arches National Park, near Moab, Utah. You're going to want to leave the confines of your motorized conveyance for more than a few minutes to enjoy that one. Maybe for a few hours, or perhaps for several days.

I'm not saying that driving is bad; on the contrary. I love driving – the hum of the engine; the whistling of wind through a cracked window; the freedom of movement the vehicle provides. But I also delight in that moment when, point B reached, I shut off the motor, put my feet on solid ground and allow my senses to take in everything unhindered by the noisy miracle of internal combustion.

As I found out a few weeks ago, after driving a souped-up, mud tire-clad Hyundai Tucson over the sandstone trails around Moab at the 50th annual Easter Jeep Safari, Arches is a good place to experience freedom, both in the form of vehicular movement and vehicular abandonment. My last day in town, I drove across the Colorado River, hanging a right into the entrance of the park, then up the winding road through the red cliffs, far from the drone of Jeeps laboring across challenging rocky terrain.

At the end of the road, there's a loop with parking spaces on it, and there I left the car (a stock, and very nice Hyundai Tucson I'd borrowed from Hyundai for the trip down from Salt Lake City). Less than a mile in, the trail morphed from a very civilized plank-bordered gravel walkway into humps of bare rock similar to the ones I'd seen on the Jeep trail a few miles to the east. Only they were marred by walking stick scratches rather than tire rubber stains. A little girl whined to her father about the size of the drop-offs on either side of the narrow trail. He gritted his teeth and offered to take her back to the parking area, straining his eyes up toward picturesque cliffs in the distance.

Continuing on, I passed Landcape Arch, an impossibly thin bridge of sandstone stretching across a rubble-strewn slope. A chunk of it fell off in the early Nineties, leaving the rubble behind. Someday – could be next year or next century for all anyone knows – the whole thing will come crashing down. But for now, it's there to be marveled at.

Up and up I went, arriving at the crest of a ridge that afforded views of the vast, blackened expanse of Salt Valley to one side, and a tightly packed jumble of red rock towers on the other. Edward Abbey's country, where the park ranger-cum-author spent three summers in the then-deserted wilderness, considering the changes that were coming to it as sure as the onset of asphalt roads and plastic credit cards. If you've never been, you must go – it's breathtaking.

My destination, such as it was, was Double O Arch, an impressive wall of stone perforated by two holes – one just the right size to frame a human, the other large enough to dwarf him. Around the corner, I found a quiet nook where there were no people, no wind. Only sunshine and a small tree standing on a little sandy patch between to cliffs. I laid down in the warm sand beneath the tree and absorbed the silence, hungry for it after traveling by air and automobile from an existence in a city where the hum of electronics and machinery never ceases. Closing my eyes, I let the sun erase my thoughts and enjoyed the simple motionlessness of the desolate nook I'd found. There would be time enough to think about humanity's domination of space – and my own part in it – from the driver's seat of the moving car.

I considered Abbey's words in Desert Solitaire, when he mulled over the paradox of development in national parks. Roads create better access for more people. As a result, more are able to enjoy the majesty of America's most beautiful places. But more people means more traffic, less silence and the loss of something that once existed even in a place as crowded as current-day Manhattan Island.

Hiking back down to Double O Arch from my temporary refuge, I noticed that people – the same folks I'd sat in line next to as a quarter-mile column of cars had inched its way into the park's entrance that morning – were already beginning to throng the semi-remote natural wonder. Their chatter, appreciative coos and shouts of "Oh my gawd, it's too big for a selfie!" began to remind me of the Jeeps I'd seen clattering over the same terrain on the trails outside Moab.

Thanks to the well-paved road that snaked up from the valley to the trail head, the whole place was crawling with people by noon. I arrived back at the parking lot to find it full – stray cars circled the loop, their drivers on the lookout for the odd stray space. It looked like an all-natural version of a carnival. But I couldn't curse the road that had brought so many people there. Without that ribbon of asphalt, not many of us would have been there at all. I only hoped that the ones who had made the long journey to Arches' trails had been able to enjoy their time away from the car as much as I had.